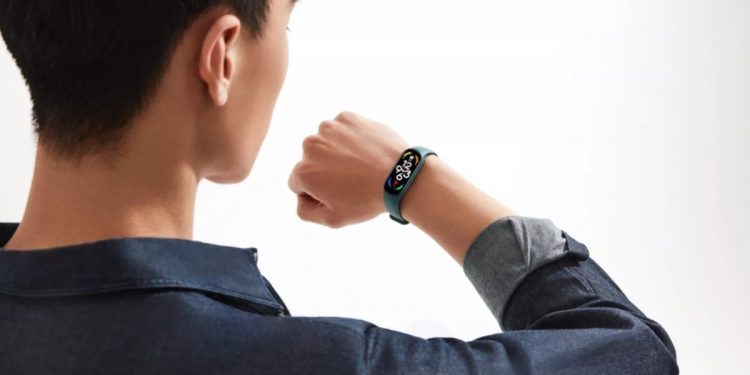 The Xiaomi Mi Band 7 has a 1.62-inch OLED display with an oval dial and 326PPI, as well as an always-on display mode. There are 120+ exercise modes on the fitness band, as well as an SpO2 sensor, a sleep tracker, and a vibration motor. It has NFC capabilities (on the NFC model), a built-in GPS, and a smart alarm.

The Xiaomi Mi Band 7 weighs under 13gm, has a 180mAh battery, and works with Android 6.0/ iOS 10 and higher. The band has a 5ATM water resistance certification, as well as lavishly themed watch faces and voice assistance. The Xiaomi Mi Smart Band 7 will come pre-installed with the new Zepp OS.

The Xiaomi Mi Band 7 costs CNY 279 (₹3,300 approx.) for the NFC version and CNY 239 (₹2,800 approx.) for the non-NFC version. Black, white, green, brown, orange, and blue are the six colour options for the strap, while the tracker comes in black. The Mi Band 7 is expected to hit the global markets including India sometime next quarter.