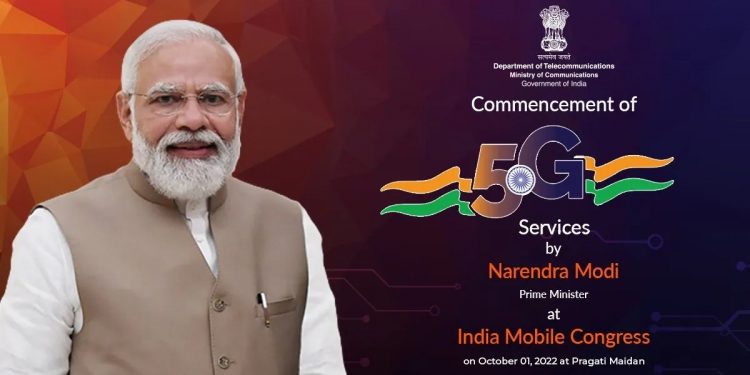 5G has been a hot keyword in the world of technology as of late, and for those waiting for 5G services to launch in India, it’s finally good news. It has officially been confirmed that 5G will launch in India on October 1, 2022 during the upcoming India Mobile Congress. Prime Minister Narendra Modi will announce the launch of the 5G network in the country on the said date.

5G rollout in India was expected to happen in October, as Jio had already announced its plans at its AGM 2022 back in August. If things go as planned, we can expect the rollout of 5G services to select cities by Diwali.

While the announcement for the launch of 5G network in India will happen on October 1, it remains to be seen as to when the end consumers will be able to experience 5G in India. There is no clarity whether 5G will be made available on October 1 itself or not. However, it looks like things will at least start on the said date. Interested users will have to purchase a new 5G SIM card to be able to use the new generation high-speed data.

As far as the pricing is concerned, reports suggest that the 5G tariff plans will be more or less similar to the current 4G plans, to encourage a mass adoption of 5G in the country. However, there’s no word from the leading telcos surrounding the pricing as of now.

Also Read: 5G Services In India Could Be Priced Similar To 4G: Report

What are your thoughts on the upcoming 5G network in India? Are you going to switch to 5G? Let us know in the comments section below.