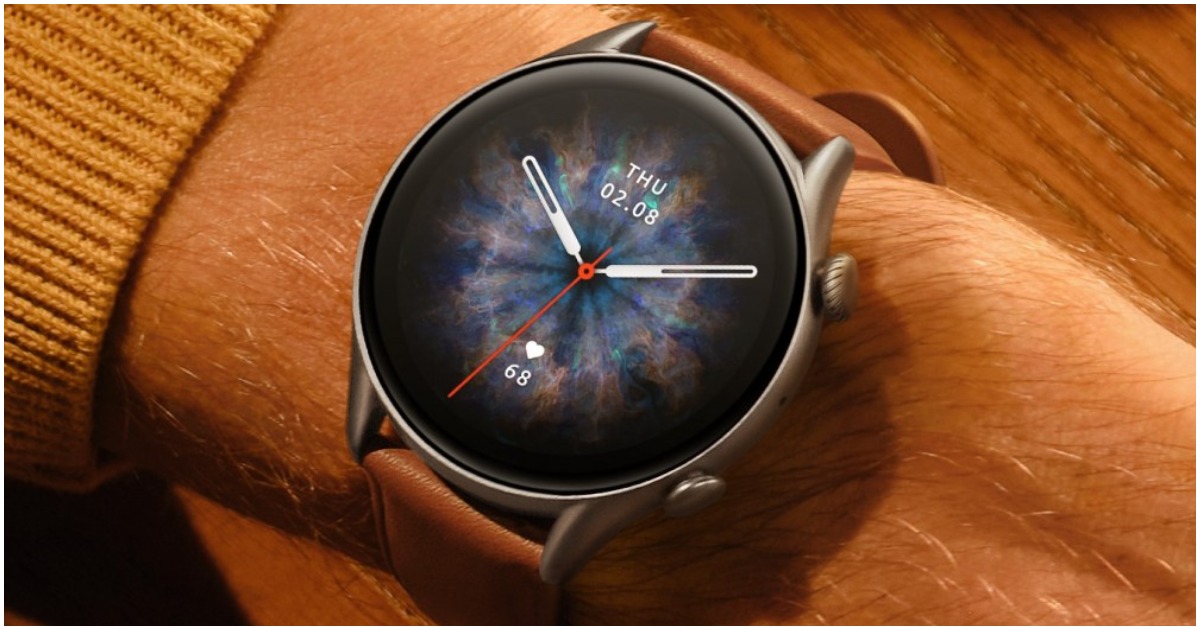 Amazfit has refreshed its smartwatch lineup with the launch of the Amazfit GTR 3, Amazfit GTR 3 Pro, and the Amazfit GTS 3. All these new smartwatches have an AMOLED display and screen brightness of up to 1,000 nits. Additionally, they come pre-loaded with over 150 watch faces and have more than 150 sports modes. These three smartwatches are crafted using aircraft-grade aluminum alloy. They also have SpO2 monitoring, a heart rate sensor, Alexa support, and voice calling ability. Let us take a look at their detailed specifications and pricing.

The Amazfit GTR 3 and GTS 3 are priced at $179.99 (roughly ₹13,580). The Amazfit GTR 3 comes in Thunder Black and Moonlight Grey colours, while the GTS 3 is offered in Graphite Black, Ivory White, and Terra Rosa colour options. The Amazfit GTR 3 Pro is priced at $229.99 (roughly ₹17,354). The smartwatch comes in Brown Leather (Leather strap) and Infinite Black (Fluoroelastomer strap) colour with an aluminum alloy case. These new smartwatches will launch in India soon, and this has been confirmed by Amazfit. Indian prices haven’t been disclosed yet.

Starting off with the Amazfit GTR 3, it flaunts a 1.39-inch AMOLED display with 326ppi pixel density, a 66% screen-to-body ratio, and up to 1,000 nits brightness. On the software side of things, the smartwatch boots the company’s Zepp OS out of the box. The GTR 3 has support for devices running Android 7.0 (and newer) and iOS 12.0 (and later versions).

These smartwatches come equipped with a BioTracker 3.0 PPG biometric sensor, acceleration, gyroscope, geomagnetic sensor, ambient light sensor, temperature sensor, and barometric altimeter. The GTR also has 150 sports modes support and up to 5 ATM water resistance. Connectivity options include Bluetooth 5.1 LE, Wi-Fi (2.4GHz), GPS, GLONASS, Galileo, BDS, and QZSS. It packs 2.3GB of internal storage and also has support for Amazon’s Alexa voice assistant. The GTR packs a 450mAh battery that is capable of delivering up to 12 days of battery life.

Coming to the Amazfit GTR 3 Pro specifications and features, it has almost similar features to that of the GTR 3, except for a larger display and a heart rate sensor. The GTR 3 Pro sports a 1.45-inch AMOLED display that has 331ppi pixel density and a 70.6% screen-to-body ratio. The smartwatch has the same sensors as the GTR 3, except that it includes an additional heart sensor. The rest of the specifications remains the same, which means that it has Bluetooth 5.1 LE, GPS, GLONASS, Galileo, BDS, QZSS, Alexa support, 5ATM water resistance, and 150 sports mode. The smartwatch packs a 250mAh battery that offers up to 12 days of battery life.

As far as the specifications of the Amazfit GTS 3 go, it sports a larger display among all the newly-launched smartwatches from the company. The GTS 3 sports a 1.72-inch rectangular AMOLED display, featuring 390 x 450 pixels resolution. The screen has a pixel density of 341ppi. The GTS 3 also features over 150 sports modes and several other sensors, similar to the Amazfit GTR 3 Pro. Dimensions-wise, the GTS 3 measures 42.4 x 36 x 8.8mm and weighs 24.4g. It is powered by a 250mAh battery that lasts up to 12 days.