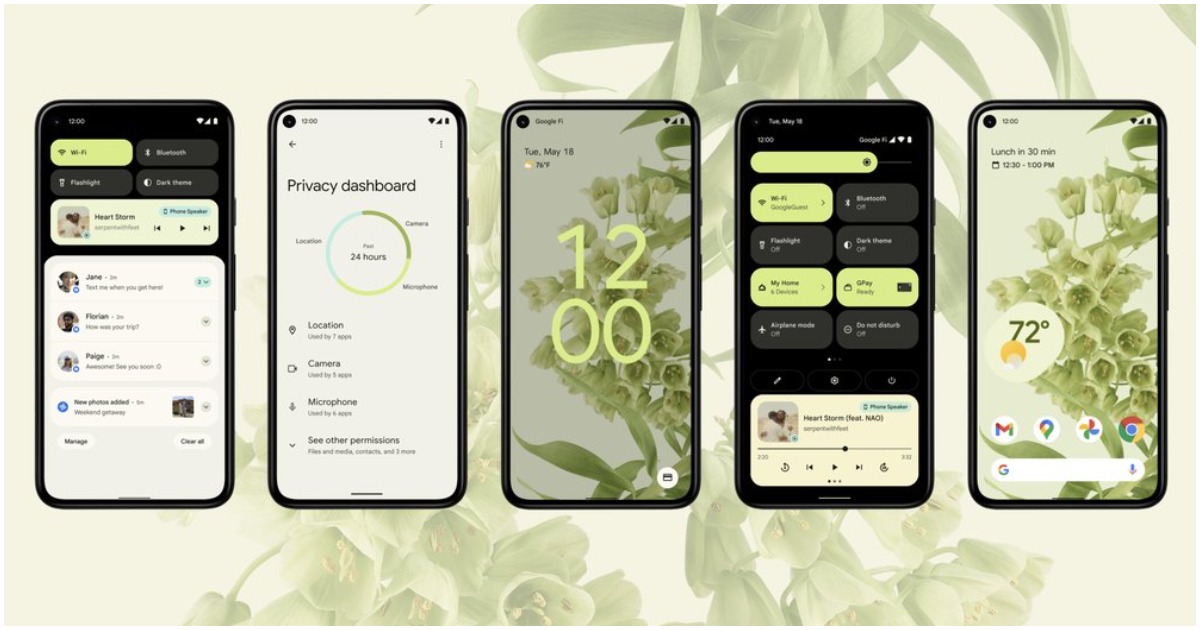 The Android 12 Beta 5 update is currently rolling out to compatible Pixel smartphones. This latest Android 12 beta release will serve as the final beta version as Google will introduce the stable Android 12 update very soon (probably later this month or early October 2021). In the Android 12 Beta 5 release, we get to see the final touches which Google has applied to the operating system’s features, design, and stock apps.

The company mentioned in its blog post that “We’re just a few weeks away from the official release of Android 12! As we put the finishing touches on the new version of Android, today we’re bringing you a final Beta update to help you with testing and development. For developers, now is the time to make sure your apps are ready”.

Google claims that it has reached Platform Stability with the Beta 5 update. Moving ahead, all app-facing surfaces are final, including SDK and NDK APIs, app-facing system behaviors, and restrictions on non-SDK interfaces. As for the changelog, Google has added a new version of the Google Clock app in the Android 12 Beta 5 release, and this new app brings Material You design. You now can swipe up from the home screen of the Pixel Launcher to access the search bar. The new Calculator app also gets the Material You design changes similar to that of the Google Clock app.

Must Read: Complete Android 12 Features List: Everything You Need To Know

The lock screen also gets a handy device control shortcut. These are the only changes that Google has added in the Android 12 Beta 5 release. The Android 12 beta update is available for Pixel 3 and newer devices, including the recently-released Pixel 5a 5G. The latest Android 12 beta release comes with the build number SPB5.210812.002 and the update size varies depending on the device you are using.

If you want the run the Android 12 Beta update on your Pixel smartphone, you can get it from the Android Developer website here or you can also enroll here to get the OTA updates to your device. As mentioned above, the Android 12 Beta 5 update is the final RC (Release Candidate) as Google will be introducing the stable Android 12 update for Pixel devices over the next few weeks.

Have you received the Android 12 Beta 5 update on your registered Pixel smartphone? Let us know in the comments section below.