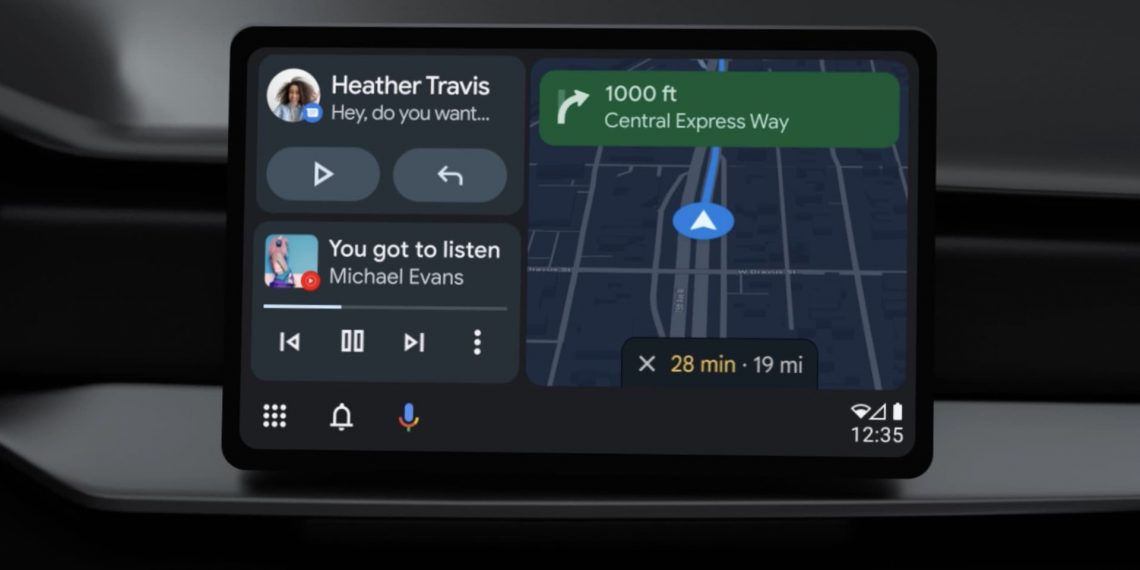 Android Auto is a very useful feature for people who want to access their smartphone while driving a car without having to take their eyes off the road. It allows you to access your smartphone on your car’s multimedia/infotainment system and control navigation, music, calls, messages, and other such things easily (through voice commands and steering controls) without having to take out your phone while driving. Over the years, Google has customised Android Auto to show multiple things at once. However, this feature is available on a limited number of cars. There are still plenty of cars where Android Auto can show only one application or one kind of information at a time. For example, if you switch to Apple Music while using Google Maps, you will no longer be able to see the navigation. This causes quite a lot of inconvenience. Well, you will not have to face this issue anymore.

At Google I/O 2022, the company has announced that Android Auto has been redesigned and it can now show multiple things at once. For example, you will be able to see Google Maps, Apple Music, and calls/messages all at once. The navigation will be visible on one half of the screen, whereas, music controls and calls/messages will be visible on the other half of the screen. This split-screen mode will be compatible with infotainment displays of all sizes and shapes. So, no matter how small or large your car’s display is, or if it has a portrait or landscape orientation, you will be able to see all the important information on a single screen. With this feature, you will no longer have to switch between applications from time to time and distract yourself while driving. Google is calling this redesign Coolwalk, and according to the company, it will be rolled out this summer.

However, there is still one issue that hasn’t been addressed. Currently, there are many infotainment displays (especially the ones that have ultrawide aspect ratio) which show Android Auto only on a particular portion of the screen. That is, those infotainment displays don’t show Android Auto across the entire surface of the display. One such infotainment display is the 10.25-inch unit from the Hyundai/Kia group, which is used on a wide number of their cars. We are not sure if the redesign Coolwalk solves this issue. If it does, we couldn’t be happier. However, if it is something that Google doesn’t have command of, we hope the company comes up with a policy where manufacturers are required to show Android Auto in full-screen mode. We would also like Google to make it mandatory to offer Wireless functionality for Android Auto with all the upcoming cars.