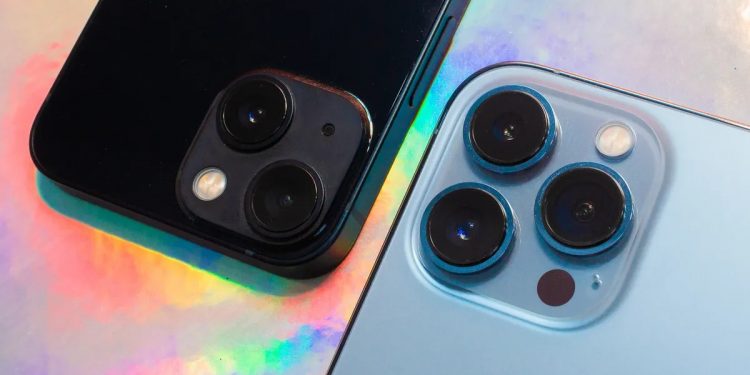 Apple has finally released the stable iOS 16.2 update to all eligible iPhones worldwide. The new software update brings 5G network support for iPhones in India. Other features that are included in iOS 16.2 include granular controls for AoD (Always-On Display) mode, the Freeform app, the Sing Along feature for Apple Music, improved Crash Detection, and improved privacy and security in many areas. Let us check out the list of eligible iPhones that are getting the new update and all the new features

The iOS 16.2 update brings the new Freeform app from Apple. It is a free note-taking and drawing app that you can use to jot down notes and ideas and collaborate with others. It has a flexible canvas on which you can type, add images, and draw using just your finger. The app is collaborative by nature, so you can share the canvas with your family, friends, or colleagues and create things or plan together.

Apple’s iOS 16.2 update also brings the Apple Music Sing Along feature. You can sing songs in karaoke style using this feature that’s now available in the Apple Music app. You can adjust your vocals so that you can duet with the original artist of the song. You can also sing solo when only the background music is playing. You can also mix it up. The new feature also brings beat-by-beat lyrics, making it easier to sing along.

Apple has also announced that iOS 16.2 brings end-to-end encryption to more user data stored in iCloud. A total of 23 data categories, including iCloud Backup, Notes, and Photos, and end-to-end encrypted. Even if Apple’s servers for iCloud are accessible by hackers, they won’t be able to access your data.

Game Centre now supports SharePlay, which means that you can play multiplayer games while being on a FaceTime call with your friends or family. There’s a new Game Centre widget that shows what your friends are playing at the moment. The update also brings Live Activities on the Apple TV app, which means that you can see live scores on the iPhone 14 Pro (or newer) series’ Dynamic Island. This feature only works on games that are being streamed on the Apple TV app.

Improvements to the Home app have been introduced with iOS 16.2. This results in improved efficiency between compatible smart home devices and the iPhone. Other new features and bug fixes include improved search functionality within the Messages app so that you can find images shared with you simply by describing an image. News articles in the Weather app only show information related to that location. Crash Detection has been improved so that it can be more reliable.

Apple has also limited AirDrop visibility to others for a maximum of ten minutes. This improves the privacy and security of users and their iPhones. In Shared Notes, users can see the live cursors of other users with whom the note is shared. Users can also turn off the Hide IP Address feature to temporarily allow iCloud Private Relay users to allow specific websites in the Safari web browser. iCloud Notes sync issues have also been fixed with the iOS 16.2 update.

The iOS 16.2 update also brings 5G network support for iPhones in India. To turn on 5G, you need to navigate to Settings > Mobile Data > Mobile Data Options > Voice & Data. Now, you can select 5G On or 5G Auto. The difference between the two options is that 5G On forces the phone to stay on the 5G network, while 5G Auto only switches to the 5G network when a lot of data is required. Moreover, you can also turn on 5G Standalone, which means that the phone will stay on the 5G New Radio, which is the purest form of 5G and doesn’t take the help of 4G LTE networks.

Here is the list of iPhones that are getting 5G network support in India: