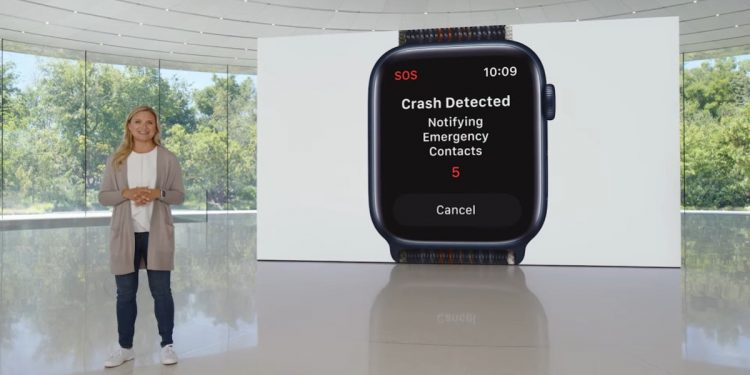 With the release of the iPhone 14 series and the new Apple Watch Ultra, Series 8, and SE 2, Apple introduced the crash detection feature which has been useful in life-threatening situations. But the feature has now come under the radar for its false positives. Even with all the brand-new hardware that Apple employs, including a cutting-edge algorithm, and more than a million hours of accident data, the possibility of false positives still remain. As it turns out, roller coasters have been deceiving Apple’s Crash Detection, which has resulted in a number of false automated 911 calls in the US market.

According to WSJ’s Joanna Stern, two US amusement parks have seen a pattern in recent weeks that is related to visitors who have an iPhone 14 or a new Apple Watch. On at least six occasions, the roller coasters in one of the parks have caused the Crash Detection feature to be mistakenly activated. This prompted emergency services with a false alarm.

Curiously, Stern attempted to simulate a fake car collision to test the crash detection feature, but it failed to activate in each test. However, it turns out that roller coasters possess the necessary characteristics to deceive the algorithm, which accounts for loud sounds, pressure changes, GPS/speed variations, and G-force readings to make out a car crash.

A spokesperson for Apple told Joanna that the company’s Crash Detection is “‘very accurate in detecting serious crashes” and that it was “tailored for getting consumers aid while limiting false positives.” In response to inquiries about how roller coasters may fool the function, the spokesperson further stated, “The technology gives peace of mind, and Apple will continue to enhance it over time.”