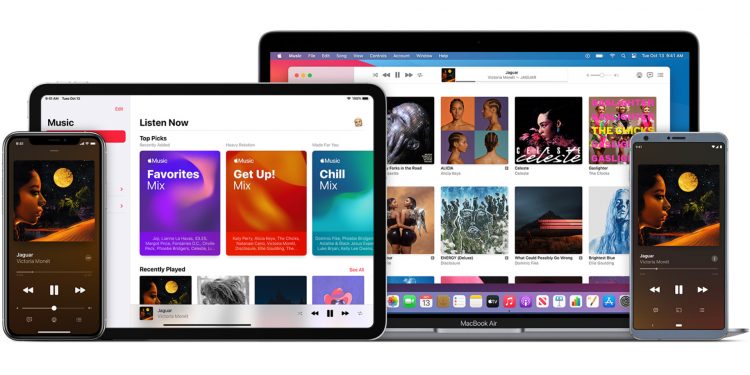 Apple has revealed that Apple Music now has more than 100 million songs, with 20,000 songs being added by artists every day. The subscription-based music app, which was launched back in 2015, now has one of the largest collection of high-quality music from artists across the world.

Apple said its celebration of 100 million songs on Apple Music is also about how the company has previously provided music through iTunes and iPods. “Twenty-one years on from the invention of iTunes and the debut of the original iPod, we’ve gone from 1,000 songs in your pocket to 100,000x that on Apple Music,” said Rachel Newman, Apple Music global head of editorial. “It’s phenomenal growth by any metric. The entire history, present, and future of music is at your fingertips or voice command,” Newman added.

The app’s global head of editorial said that makes Apple Music the biggest collection of music, in any format, ever. The service is available in 167 countries and regions and any artist can release their work on the platform.

Newman said that having one hundred million songs is evidence of a more democratic space where anyone, even a new artist making music out of their bedroom can have their next big hit. It is probably more music than you can listen to in a lifetime or several lifetimes.

To celebrate the historic landmark, Apple has launched Apple Music Today, which will feature a single song every day and provide context and information around the song as Apple Music dives into its history. Back in January, it was reported that Apple Music is the second largest music streaming platform globally, with Spotify leading the charts. However, according to Spotify’s own records, it has over 80 million songs, while Apple today said it has 100 million songs.