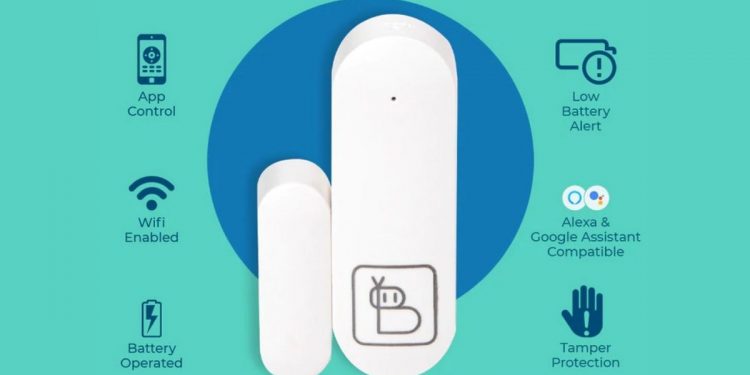 Babybot, a Mumbai-based connected-device company, has debuted its IoT-based security product dubbed the Babybot OpenAlert. It is a match-box sized wireless door sensor that sends alerts every time a door shuts, opens, or is left open. The OpenAlert door sensor can be connected to the doors, windows, drawers, and other door-like surfaces in your house for continuous monitoring.

Let’s take a closer look at the pricing, specifications, and features of the newly launched Babybot OpenAlert door sensor.

The Babybot OpenAlert comes with a price tag of ₹1,399 and is available in single White colour variant. Interested buyers can get their hands on this product via Babybot.in and Flipkart.

The Babybot OpenAlert comes as a match-box sized stick-and-use product made of ABS plastic. It can be attached to door-type surfaces to send instant notifications to your smartphones when doors, windows, or drawers are opened. The device can also be used for wardrobes, refrigerators, ovens, washers, and lockers for various safety reasons.

The OpenAlert door sensor supports cloud-connection to alert the user every time the status of the door changes. Further, it can be controlled via a Babybot smartphone app on your device, and you can easily monitor what’s happening in your home when you are out. The device can also be used with other smart home gadgets and supports Amazon Alexa, Google Assistant, and IFTTT.

The Babybot OpenAlert is battery-operated and comes in two parts. You will get a two-part 3M self-adhesive tape in the box for easy installation, alongside two AAA batteries. Coming to the dimensions, the product measures 69.5 x 24 x 16mm and weighs in at 52 grams.

Will you be interested in buying the Babybot OpenAlert door sensor? Do let us know in the comments section below.