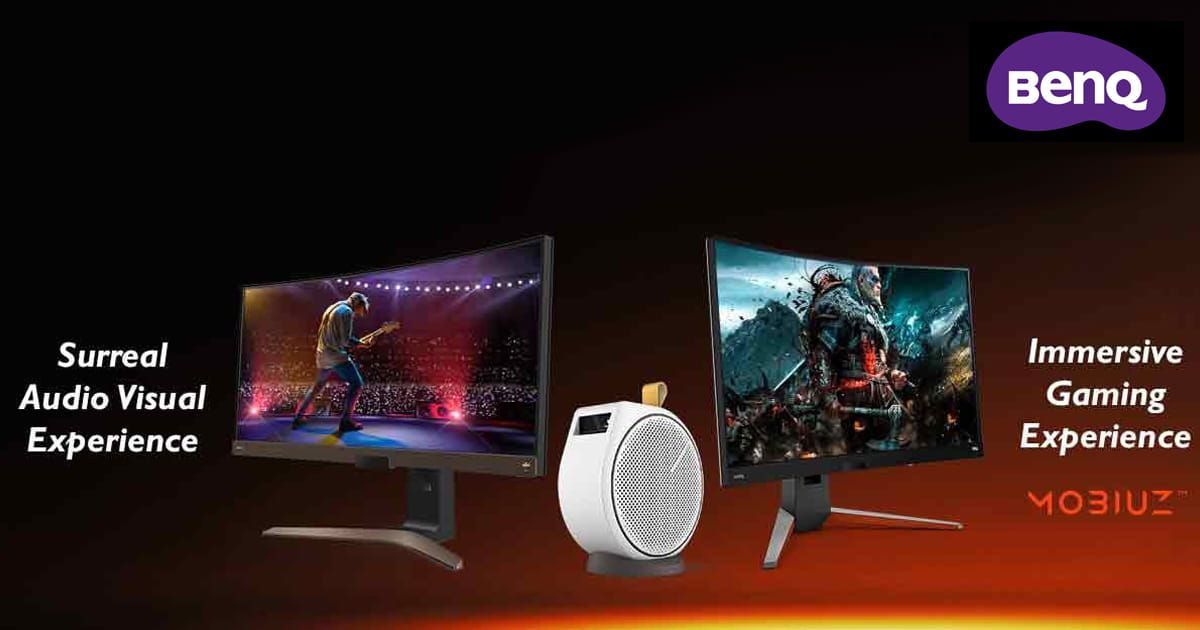 BenQ has introduced ten new products across various categories in India today. The company has debuted gaming and entertainment monitors, smart wireless portable projectors, and gaming accessories in the country. Some of the newly-launched products are already available on Amazon.  The company has launched a smart wireless portable projector with 2.1 channel speakers, Mobiuz-series gaming monitors, curved ultrawide entertainment monitors, and a ZOWIE gaming mouse for eSports games. For the first time, BenQ has also introduced a range of curved monitors in India. Let’s take a look at the specifications and features of the newly-launched products by BenQ ahead.

Starting off with BenQ’s new Mobiuz gaming monitors, it has a 165Hz refresh rate, 1ms response time, HDR playback support, and AMD FreeSync support. The display panel has minimal bezels and an aspect ratio of 16:9. The newly-launched Mobiuz gaming monitors consist of six models. Out of the six variants, three have a curved panel, while the others have a flat panel. The BenQ Mobiuz series (EXxx10R) includes three models – 27-inch models and 25-inch variants. The 27-inch EX2710Q monitor with flat-screen is available for purchase on Amazon at a starting price of ₹37,499.

Along with Mobiuz gaming monitors, BenQ has also introduced new entertainment monitors in India. They come in two screen sizes. The BenQ EW3880R has a 37.5-inch curved display and built-in speakers, whereas the BenQ EW2780Q has a 27-inch flat panel display. The pricing of both these products is unknown as of now.

Last but not least, BenQ also has launched the BenQ Zowie EC-3C E-Sports Mouse in India. The mouse weighs just 70g and sports an asymmetrical ergonomic design. It also has an adjustable USB report rate of up to 1,000Hz.