The smart TV market has seen a sudden onslaught of new brands over the past few years. After Xiaomi entered the Indian TV market and managed to make a mark with affordable yet feature-laden smart TVs, various other brands jumped in, including Motorola, Nokia, OnePlus, and Realme. Moreover, the Android TV operating system made it even easier for brands to design and launch smart TVs.

Just a couple of years ago, it was hard to find features like 4K resolution, attractive design, HDR, and modern connectivity features in TVs that are priced below ₹50,000. However, you can now find multiple TVs with the aforementioned features and some more. Hence, it has become quite a task to find the best TV among dozens available in India. And that’s why we are here to help you. We have researched a lot and picked some great smart TVs for you.

Things To Consider While Buying A Smart TV ₹50,000

We looked at the features list of all the TVs and then decided must have Features in a 4K HDR Smart TV For starters, we looked at the most recent smart TVs from well-known brands, something that would ensure proper after-sales service. We also selected TVs that feature a 50-inch or larger screen size and 4K resolution. We also preferred TVs that have HDR10 content playback. We also checked the TV’s brightness.

The next thing we checked was the TV’s operating system and its ports. We preferred TVs with Android TV because most consumers in India own Android smartphones, and managing an Android TV using an Android smartphone is more cohesive. Plus, casting content via Google Cast (Chromecast) is easier. Android TV also offers plenty of media streaming apps and easier file management. However, Tizen and webOS are good alternatives, too. In terms of ports, it is recommended to have at least three HDMI 1.2 or HDMI 2.0 ports, an ethernet port, Wi-Fi, and Bluetooth connectivity.

Other features that we looked for were the ability to natively play 4K videos, support for multi-channel audio, at least one AI-powered digital voice assistant, and all popular video streaming apps such as Disney+ Hotstar, Netflix, Prime Video, and YouTube. Now, let us have a look at the TVs that we think are the best options in India under ₹50,000. 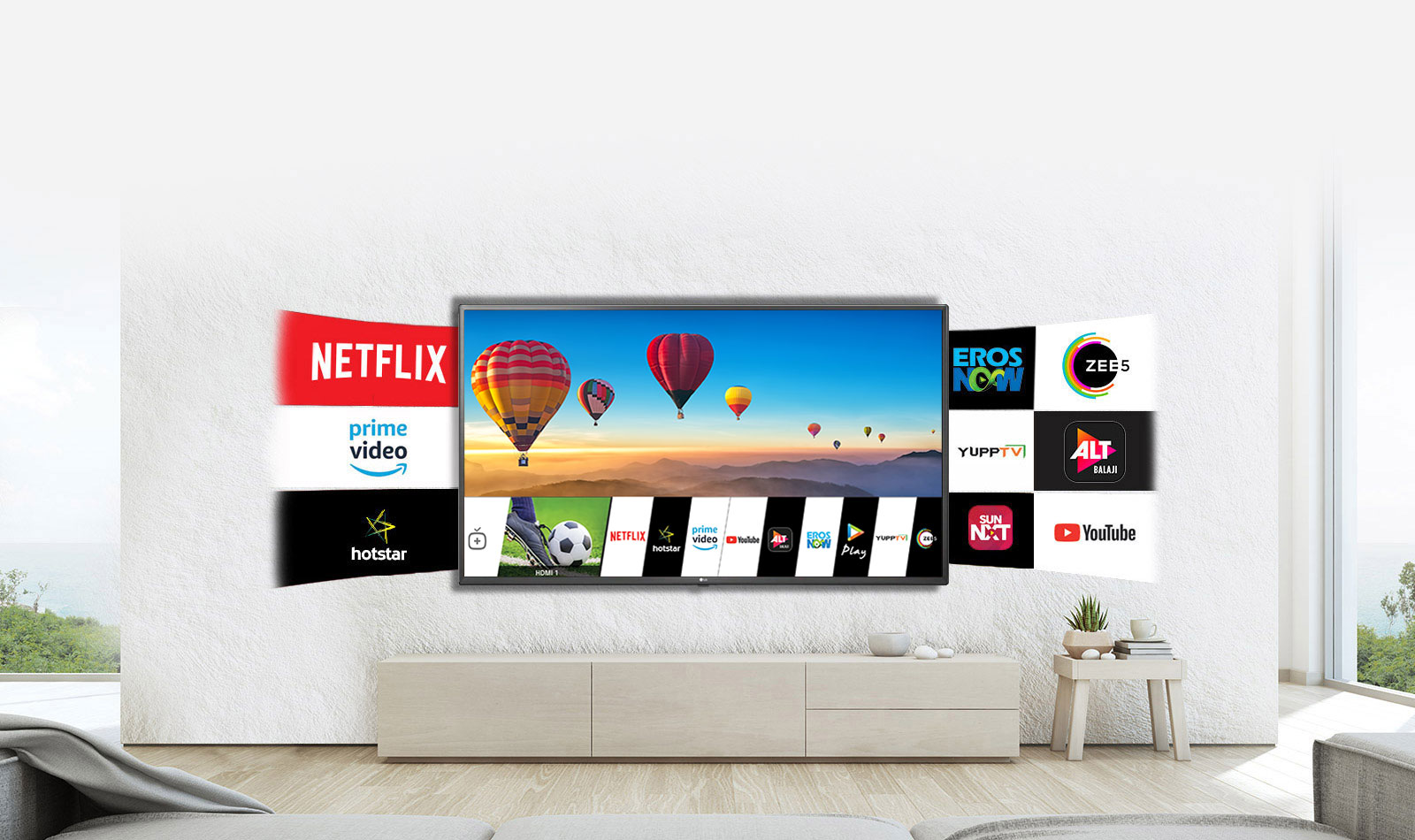 LG makes some of the best IPS LCD panels in the industry, no wonder it is the second-biggest TV maker in the world. The LG 55UM7290PTD is a 55-inch IPS LCD with 4K resolution and HDR compatibility. This TV features not only HDR10, but also HLG, something that could become the de-facto HDR format for TV broadcast. The TV’s quad-core processor can not only play high-quality 4K videos at up to 60fps but also upscale non-4K content to 4K resolution. Powered by webOS, it has apps for Disney+ Hotstar, Netflix, Prime Video, YouTube, ZEE5, and more.

It has three HDMI 2.0 ports, two USB 2.0 ports, a LAN port, Bluetooth 5.0 (with AAC and aptX), and Wi-Fi b/g/n/ac. Its HDMI ports are also compatible with CEC, a feature that lets you use the TV’s remote control to control other connected devices such as media streamers. It also supports wireless media streaming features like AirPlay 2, DLNA, and Miracast. Both Alexa and Google Assistant are available, too. With the LG ThinQ AI feature, you can even control smart home devices using the TV’s dashboard. 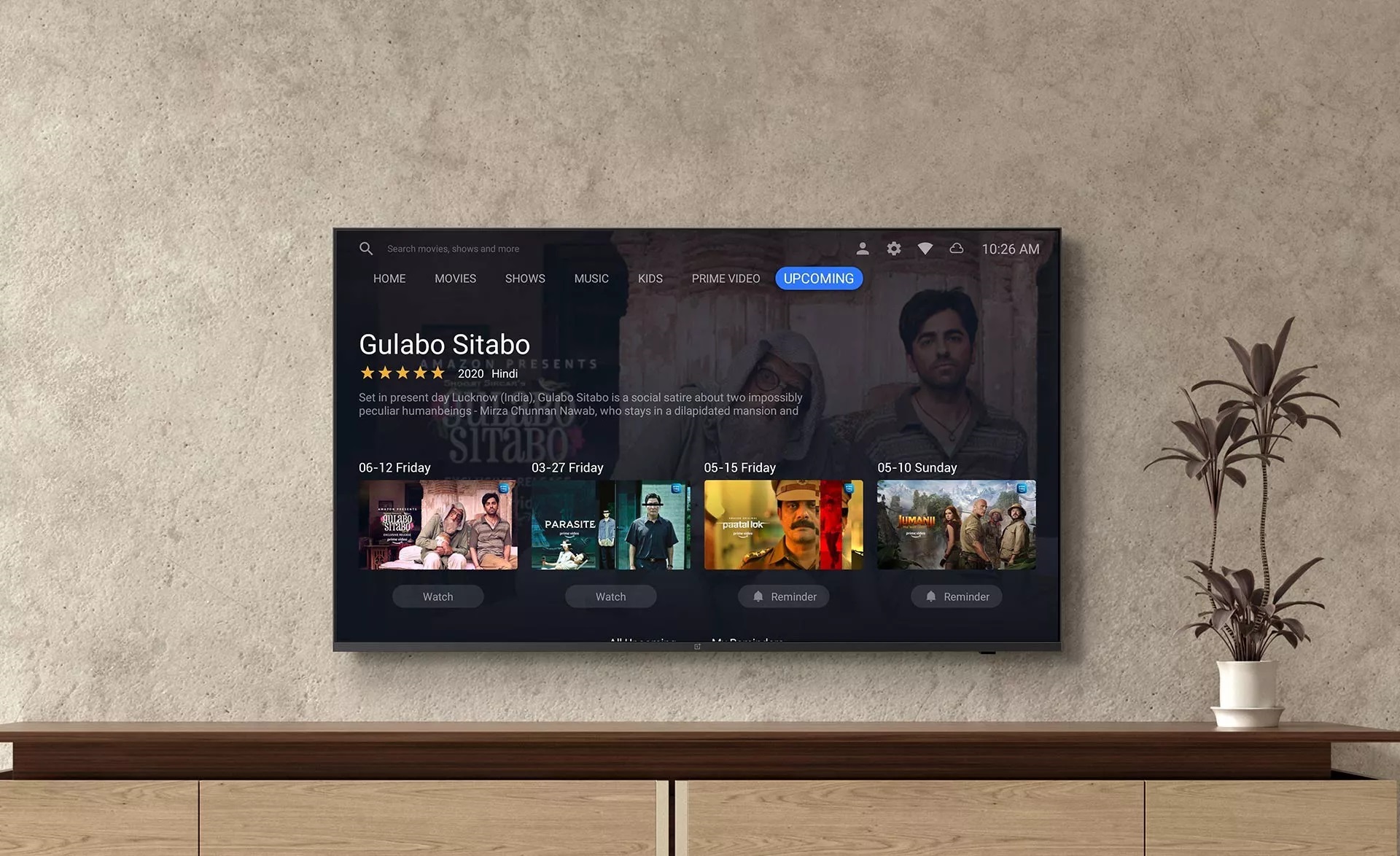 The OnePlus 55U1 is the company’s relatively affordable smart TV. It runs Android TV based on Android 9, so it can access all the popular media streaming apps and Google Cast. Its 55-inch screen has 4K resolution. It is also compatible with HDR formats like HDR10, HDR10+, HLG, and Dolby Vision. It also features a 30W four-speaker setup and Dolby Atmos audio. It also features DLNA and Miracast.

Although it runs Android TV and has Google Assistant, OnePlus has also added support for Alexa. Other features include Kids Mode, Game Mode for 22ms latency, and Content Calendar. It has three HDMI 2.0 ports, two USB Type-A ports, dual-band Wi-Fi b/g/n, and Bluetooth 5.0. The company’s OnePlus Connect app makes it easier to control the TV via a smartphone.

At 50 inches, the Samsung UA50TUE60AKXXL has a smaller screen than the rest. However, it also comes with more hardware and software features. Similar to other TVs on the list, this TV uses a 4K panel with HDR playback compatibility. It is compatible with HDR10, HDR10+, and HLG. The Crystal Processor 4K can upscale content to 4K resolution when needed. There’s a Gaming Mode for lower latency while gaming.

The TV can even adjust the screen brightness and volume automatically, thanks to an ambient light sensor and a microphone that continuously monitors the room’s conditions. The TV’s Ambient Mode displays images and paintings from Samsung’s library or your personal photos to make the TV double up like picture frames. It has 20W stereo speakers and support for Dolby Digital and DTS HD. Connectivity features include three HDMI 2.0 ports (one of them has eARC), two USB ports, Wi-FI b/g/n, Bluetooth 4.2, and Live Cast. The Live Cast feature allows you to live stream videos from your smartphone’s camera to the TV’s screen.

This TV runs Samsung’s own Tizen operating system. It not only has access to almost all the media streaming apps, including Disney+ Hotstar, Netflix, Prime Video, Spotify, and YouTube, but also features three voice assistants: Bixby, Google Assistant, and Alexa. The Personal Computer Mode allows you to mirror your PC’s display wireless to the TV. It also features Microsoft Office 365. The TV can also be converted into a virtual music player.

Priced at just ₹34,999, the Mi TV 4X 55 is the cheapest 55-inch 4K HDR TV on our recommended smart TVs list. It features compatibility with HDR10 content. It uses a VA panel for uniform blacks. In terms of audio, it uses two 10W speakers for a total output of 20W. It also features Dolby Audio and DTS HD for multi-channel audio. It has three HDMI ports (one with ARC), two USB ports, an ethernet port, and S/PDIF audio. In terms of wireless connectivity, it has Bluetooth 4.2, dual-band Wi-Fi b/g/n, and Miracast.

It runs Android 9.0-based Android TV OS. So, it has access to all the audio and video streaming apps and services. On top of that, Xiaomi’s PatchWall UI 3.0 service brings content from various services, including Disney+ Hotstar, Netflix, Prime Video, YouTube, ZEE5, JioCinema, Eros Now, Alt Balaji, and more. There’s Google Assistant, Google Cast, and a remote controller with a microphone for voice commands. It can also control Google Home-compatible smart home products. 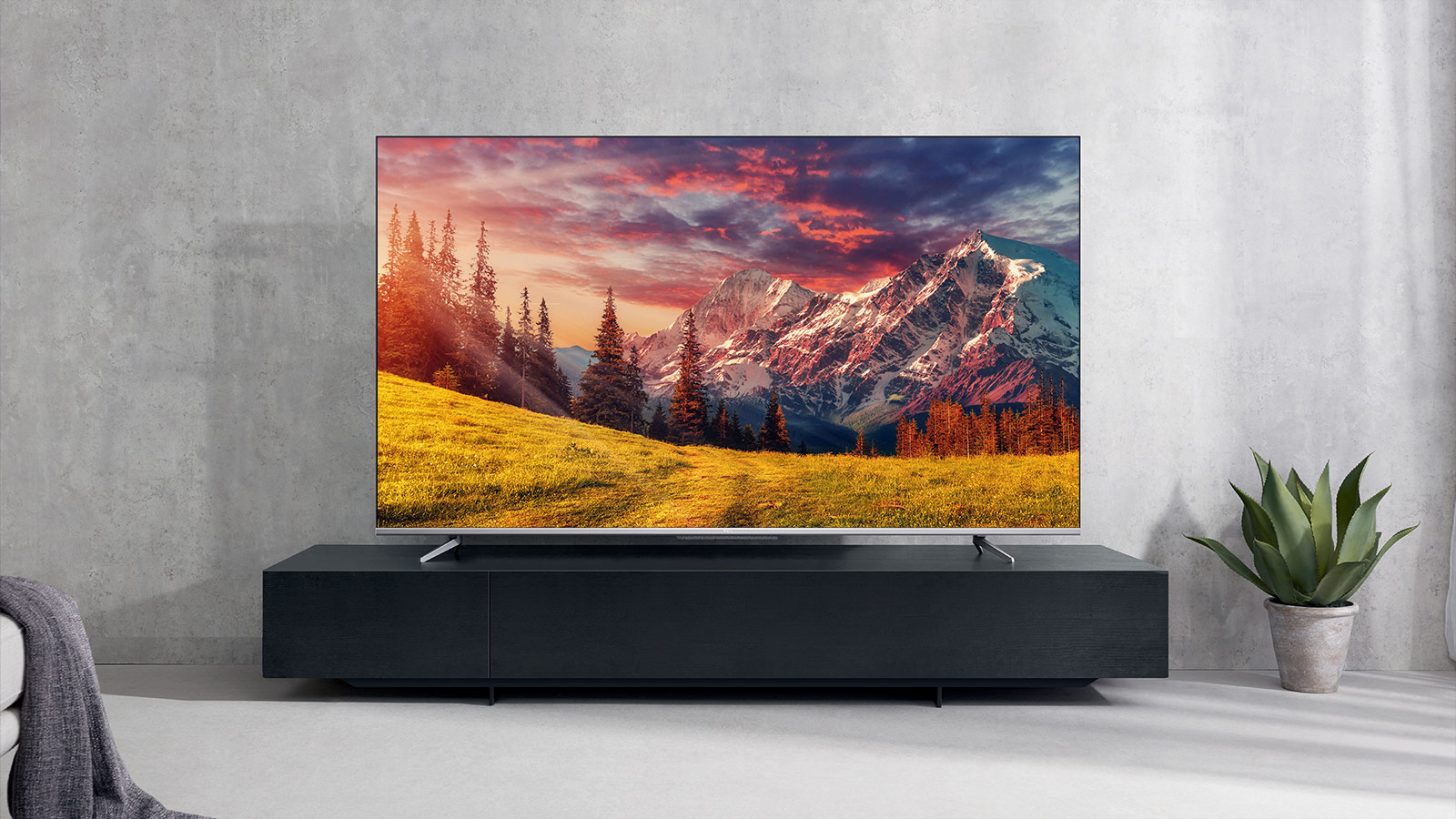 The TCL 55P715 is the Chinese TV giant’s latest smart TV with a 55-inch screen and 4K resolution. It features not only HDR but also local backlight dimming with 1,296 zones. The TV can also upscale Full HD 1080p and QHD 2K content to 4K resolution. Similar to other TVs on the list, it has three HDMI ports with CEC (one with ARC), two USB ports, Bluetooth, and Wi-Fi. It has 20W stereo loudspeakers and support for Dolby Audio.

It runs Android 9-based Android TV OS, which means that it can access all your favourite media streaming apps and even games. You can even use TCL’s MagiConnect app to control the TV, adjust volume, use the phone’s built-in keyboard for typing faster on the TV’s screen, and take screenshots. The phone has four microphones so that it can listen to your “OK, Google” voice commands.