BYD Atto 3 To Launch In India Next Month 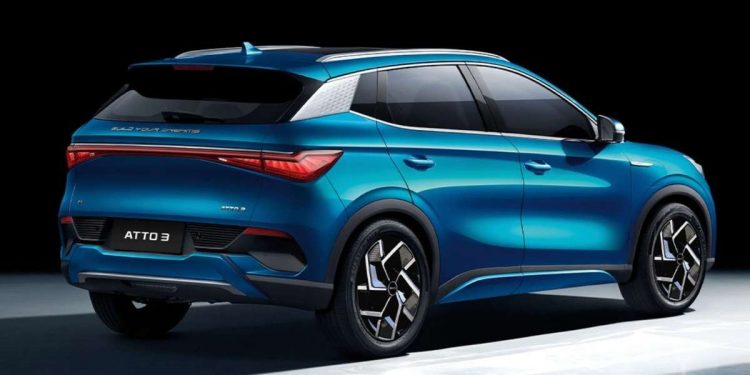 The Atto 3 electric SUV, which will compete with models like the Hyundai Kona EV and the MG ZS EV when it debuts, is expected to be introduced shortly in the nation, according to many stories that have surfaced thus far. BYD is expected to make the launch official sometime in the coming weeks.

This will be BYD’s second product to be sold in the country, and it is clear that the company will leave no stone unturned to promote its debut. In the lead-up to its premiere, BYD has published a number of extremely brief movies on its social media channels, giving us a preview of the all-electric SUV. It’s anticipated that the EV will debut in the second week of October; other rumours have the precise date set as October 11.

The electric SUV’s electric powertrain, which is rated at 201 horsepower and 310 Nm of peak torque, allows it to go from 0 to 100 kmph in 7.3 seconds. Apart from that, the Level-2 autonomous driving system, which will enable features like adaptive cruise control with stop & go functionality, lane-keeping assist, auto emergency braking, forward collision warning, door open warning, blind-spot monitoring system, and more, will be some of the highlights of BYD’s upcoming electric SUV.

The Atto 3 electric SUV from BYD will reportedly be priced similarly to the Hyundai Kona. This means that the Atto 3 might be released shortly in India at a price range of ₹25 to ₹30 lakh (ex-showroom).