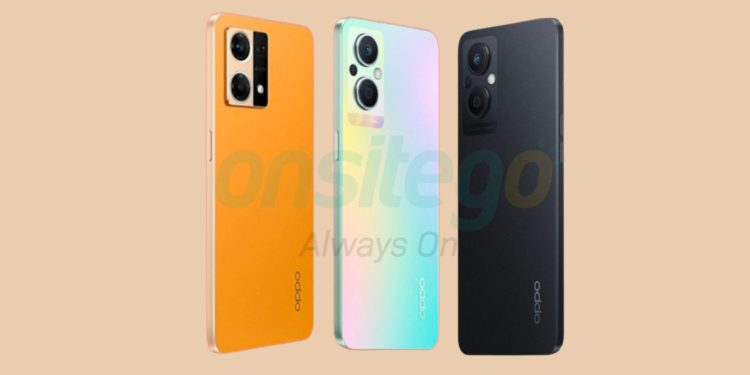 Design-wise, the Oppo F21 Pro 5G is strikingly similar to the already available Oppo Reno 7Z. The leaked renders of the upcoming smartphone reveal flat sides and a rectangular camera hump with three camera sensors on the rear. There’s a SIM tray along with volume rockers on the left, with the power button housed on the right. The phone can be spotted in two colour options: Black and Rainbow.

The Oppo F21 Pro 4G can be spotted in a golden colour option with Oppo’s branding on the bottom right corner and a rectangular camera module. There are three cameras to the rear paired with an LED flash. The phone carries a similar design to the Reno7 4G launched in Indonesia. Furthermore, our source claims that the F21 Pro 4G will be powered by the octa-core Qualcomm Snapdragon 680 SoC, while the F21 Pro’s 5G option will be equipped with the Snapdragon 695 chipset. Both the smartphones will debut in the first half of April.

The Oppo F21 Pro is expected to feature a 6.5-inch Full-HD+ AMOLED display with a 90Hz refresh rate and a screen resolution of 2,400 × 1,080 pixels. Under the hood, the smartphone may be powered by the Snapdragon 680 4G chipset coupled with the Adreno 610 GPU. The phone may pack in up to 8GB of RAM and 256GB of internal storage.

As for the optics, the phone is rumoured to include a triple rear camera module comprising of 64MP primary, and dual 2MP shooters. On the front, the phone might feature a 32MP Sony IMX709 shooter for selfies and video calls.

The Oppo F21 Pro 5G on the other hand, is expected to include a slightly larger 6.43-inch AMOLED display with 1,080×2,400 pixels resolution, a 20:9 aspect ratio, and a 180Hz touch sampling rate. Fueling the device is reported to be a Qualcomm Snapdragon 695 chipset paired with the Adreno 619 GPU.

The phone’s rear camera module is said to comprise a primary 64MP shooter tagged with 8MP secondary and 2MP tertiary lenses. Both the smartphones may pack in a 4,500mAh battery with 33W SuperVOOC charging and run ColorOS 12 based on Android 12 out of the box.