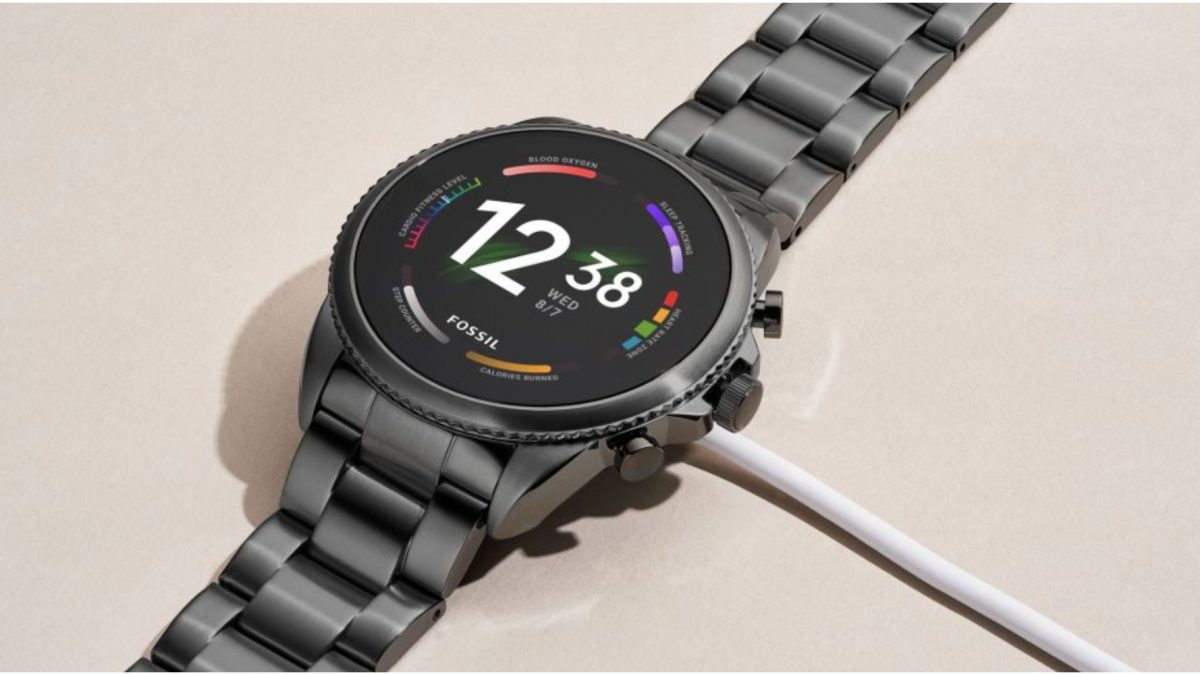 Fossil has launched its Gen 6 Wear OS-based smartwatches today. Fossil, which owns the Michael Kors fashion brand, has also launched Michael Kors Gen 6 smartwatches. Compared to the Gen 5 Wear OS smartwatches, the newly-launched smartwatches from Fossil and Michael Kors feature a newer and faster processor (Qualcomm Snapdragon 4100+) and offer a longer battery life. The rest of the specifications remain similar though, including 1.28-inch screens, 1GB of RAM, and 8GB of onboard storage. Fossil has mentioned that these smartwatches will get the Wear OS 3.0 update some time next year.

The Fossil Gen 6 smartwatch lineup has a starting price of $299 (around ₹21,875), and it goes up to $319 (around ₹23,338) for higher-end versions. Pre-orders for Gen 6 series have already started in the US, and shipments are being promised to reach customers by the end of September 2021. The Gen 6 series comes in seven design options: Black Silicone, Brown Leather, Green Camo Grosgrain, Purple Silicone, and Smoke Stainless Steel.

Fossil’s Gen 6 smartwatches sport a 1.28-inch OLED touchscreen display with a 326ppi pixel density and a resolution of 416 x 416 pixels. They use Qualcomm’s Snapdragon Wear 4100+ processor that’s made using a relatively power-efficient 12nm process. They have 1GB RAM and 8GB of internal storage. The new smartwatches run Wear OS 2.0 out of the box. The Wear OS 3.0 version will be available on this new lineup next year.

Connectivity features of Fossil’s and Michael Kors’ Gen 6 smartwatches include Bluetooth 5.0 LE, Wi-Fi b/g/n, GPS, and NFC. The smartwatches also have a water resistance of 3 ATM. Fossil has also added an SpO2 sensor to the Gen 6 lineup. Apart from Spo2 monitoring, you also can track sleep time, calories burned, workouts, and steps count, thanks to the presence of an accelerometer, compass, and gyro. As for the battery capacity, Fossil hasn’t specified the battery capacity in mAh figures but claimed that Gen 6 smartwatches can last more than 24 hours. Moreover, they feature fast charging for up to 80% charging in just 30 minutes.

Michael Kors Access Gen 6 smartwatch lineup has the same features as that of Fossil’s Gen 6 smartwatches, but they don a different design and a different name. Michael Kors’ Access Gen 6 smartwatches have a 1.28-inch OLED display, the Snapdragon Wear 4100+ chip, 1GB of RAM, and 8GB of internal storage. They have an accelerometer, barometer, compass, heart rate monitor, and an SpO2 sensor. Connectivity features include Bluetooth 5.0 LE, GPS, NFC. They support the same fast charging feature that allows their batteries to get charged up to 80% in half an hour.

How To Setup WhatsApp on Four Different Devices