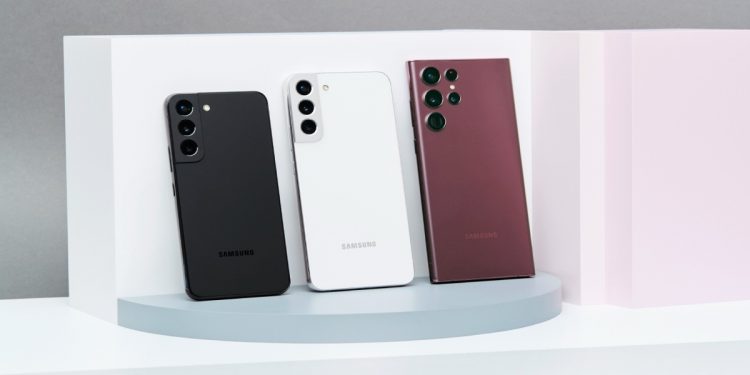 The latest Samsung Galaxy S22 series, comprising the standard Galaxy S22, Galaxy S22+, and the flagship Galaxy S22 Ultra smartphones were launched on February 17, 2022, in India. The Indian announcement comes a week after the handsets were launched globally. Samsung also announced that all the three smartphones in the lineup will be powered by Qualcomm’s latest and most powerful Snapdragon 8 Gen 1 in India. This news might disappoint a few who wished to experience the AMD developed GPU in the Exynos 2200.

The vanilla Samsung Galaxy S22 will start at ₹72,999 for the base variant equipped with 8GB RAM + 128GB storage. The higher 8GB RAM + 256GB storage variant will set you back by ₹76,999. Earlier rumours indicated that the prices would start at ₹69,900 in the Indian market. The starting price turned out to be ₹3000 more than the expected price, and a whopping ₹13,000 more than the US pricing. The Samsung Galaxy S22 will be available in Phantom White, Phantom Black, and green colour options.

Folks interested in the Samsung Galaxy S22+ will have to shell out ₹84,999 for the base 8GB RAM + 128GB variant. The higher 8GB RAM + 256GB internal storage variant is priced at ₹88,999. This, too, will be available in Phantom White, Phantom Black, and green colourways.

The top dog Samsung Galaxy S22 Ultra, which is essentially a Note device underneath with S-Pen support, comes with a starting price of ₹1,09,999 for the 12GB RAM + 256GB storage variant. The price for this variant is about ₹10,000 higher than the US pricing of $1299 (approx. ₹98,000). The company will also sell you a 12GB RAM + 512 GB storage variant that comes with a price tag of ₹1,18,999. The 8GB + 128GB and 12GB + 1TB variants, which are available overseas, have not been introduced in India. The Samsung Galaxy Ultra will be available in Phantom Black, Phantom White, and burgundy colours in India.

All three smartphones are currently available for pre-reservation in India. You can pre-reserve the devices for a refundable deposit of ₹1,999 via Samsung India’s website. The pre-reservation will only be available till February 21, 2022, in the country. Samsung is yet to announce details regarding the availability of these smartphones in India. Rumours suggest they will go on sale from March 2022.