> Mobiles > Buying A Gaming Smartphone In 2020? Look Out For These Features 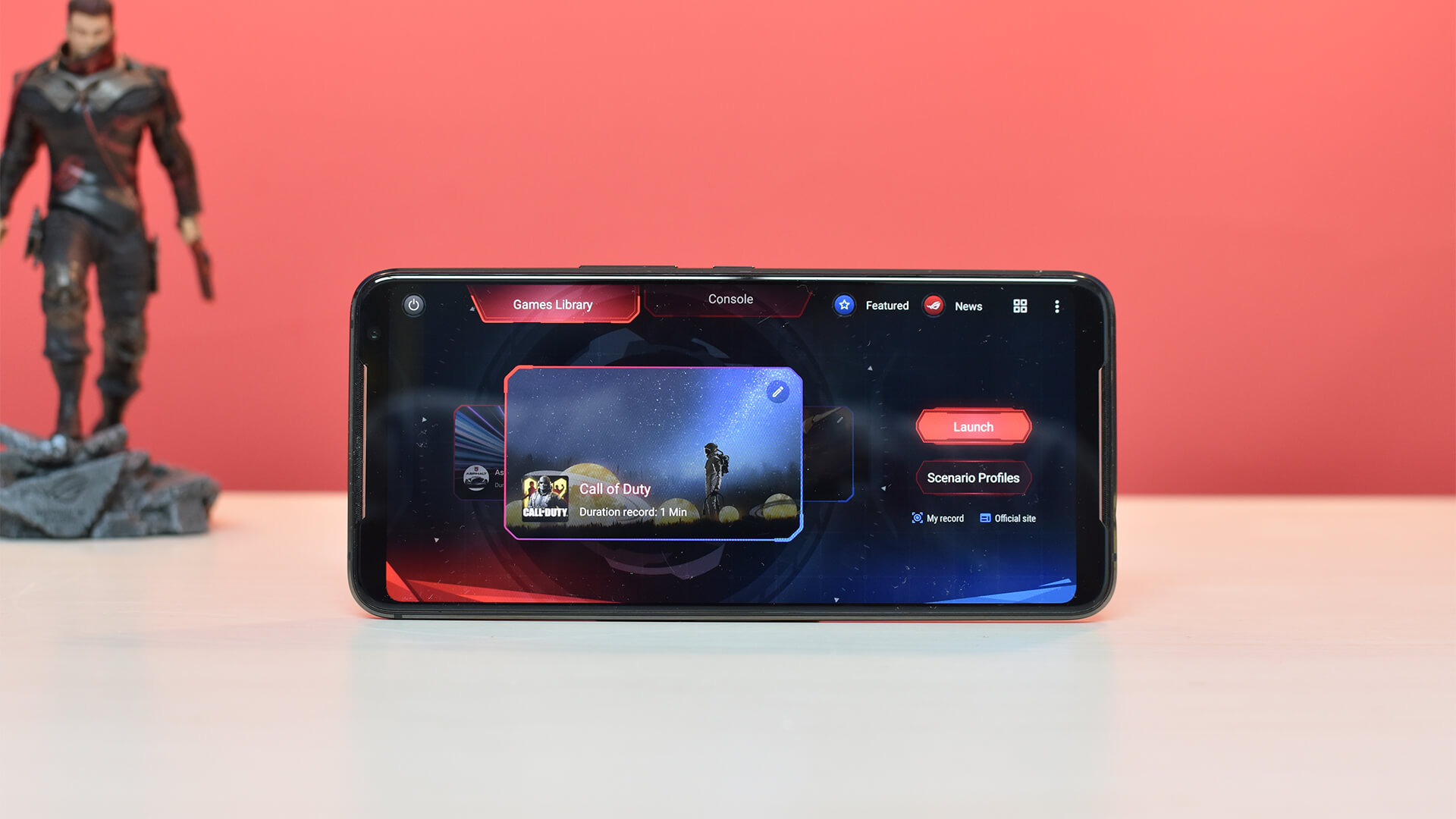 Buying A Gaming Smartphone In 2020? Look Out For These Features

Any smartphone that can let you play the latest gaming titles without too much of a struggle can be termed as a smartphone. It needs to offer smoother frame rates. It also needs to have a large screen and satisfactory audio quality for an immersive gaming experience. Over the past year, smartphone brands are bringing innovative features to make the gaming experience even more satisfying. However, not all gaming smartphones are made equal and sometimes a lot of features end up being gimmicks. Let us have a look at our gaming smartphone buying guide for the year 2020. 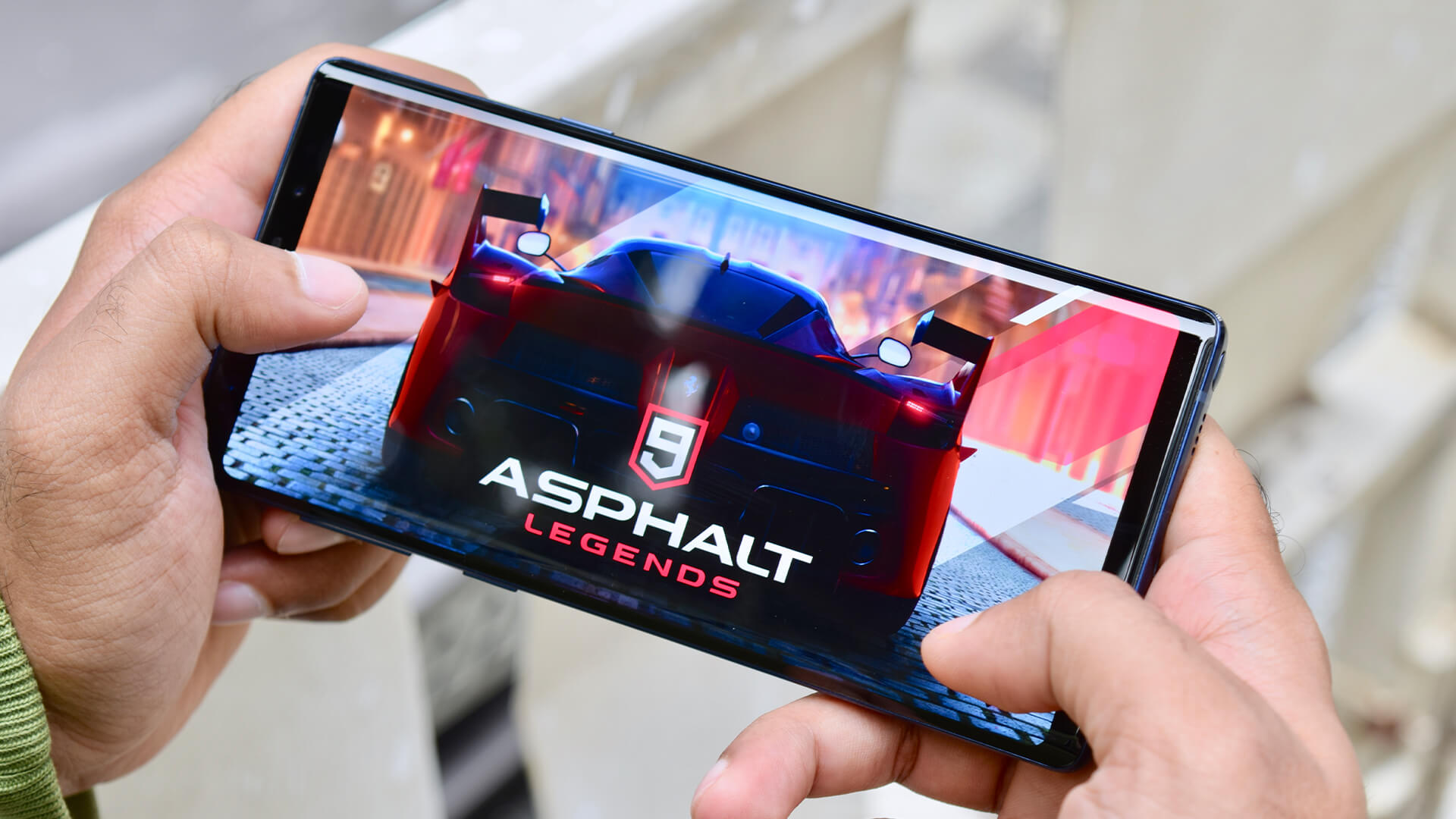 A gaming smartphone’s processor is its most critical component. There are various processor brands out there and dozens of chipset models. You should check whether the smartphone’s chipset has a GPU that’s powerful enough to run most modern gaming titles. Qualcomm and MediaTek have recently released many processing chipsets with powerful GPUs.

If you’re going the Qualcomm way, there are too many chipsets and that might confuse you. So, we’ve arranged them in different tiers. A smartphone should have at least the Snapdragon 660 processor for it to be considered a gaming smartphone. It might not feature support for higher refresh rates, but it will at least let you play games without a lot of stutters. You can expect mid-range gaming performance from Snapdragon 690 to Snapdragon 768G. The Snapdragon 8xx series processors have GPUs that can play all gaming titles at high frame rates.

There are a few gaming-focused processors from MediaTek as well. The Helio G80 and upwards chipsets are good enough for entry-level gaming, while you can expect decent mid-range gaming from Helio G90 and some Dimensity 7xx or Dimensity 8xx processors.

Look out for smartphones that offer at least 6GB of RAM and 64GB storage space. As mobile gaming titles keep getting richer and more immersive, their file size keeps increasing as well. If you’re spending above ₹15,000, make sure that you get a phone that has 6GB or more RAM and 64GB or 128GB of UFS storage. Spending around ₹25,000 or more can get you 8GB or even 12GB RAM and up to 256GB of UFS 2.1 or UFS 3.0 storage. Going even higher, you can get phones that have UFS 3.1 storage for the fastest game load times. 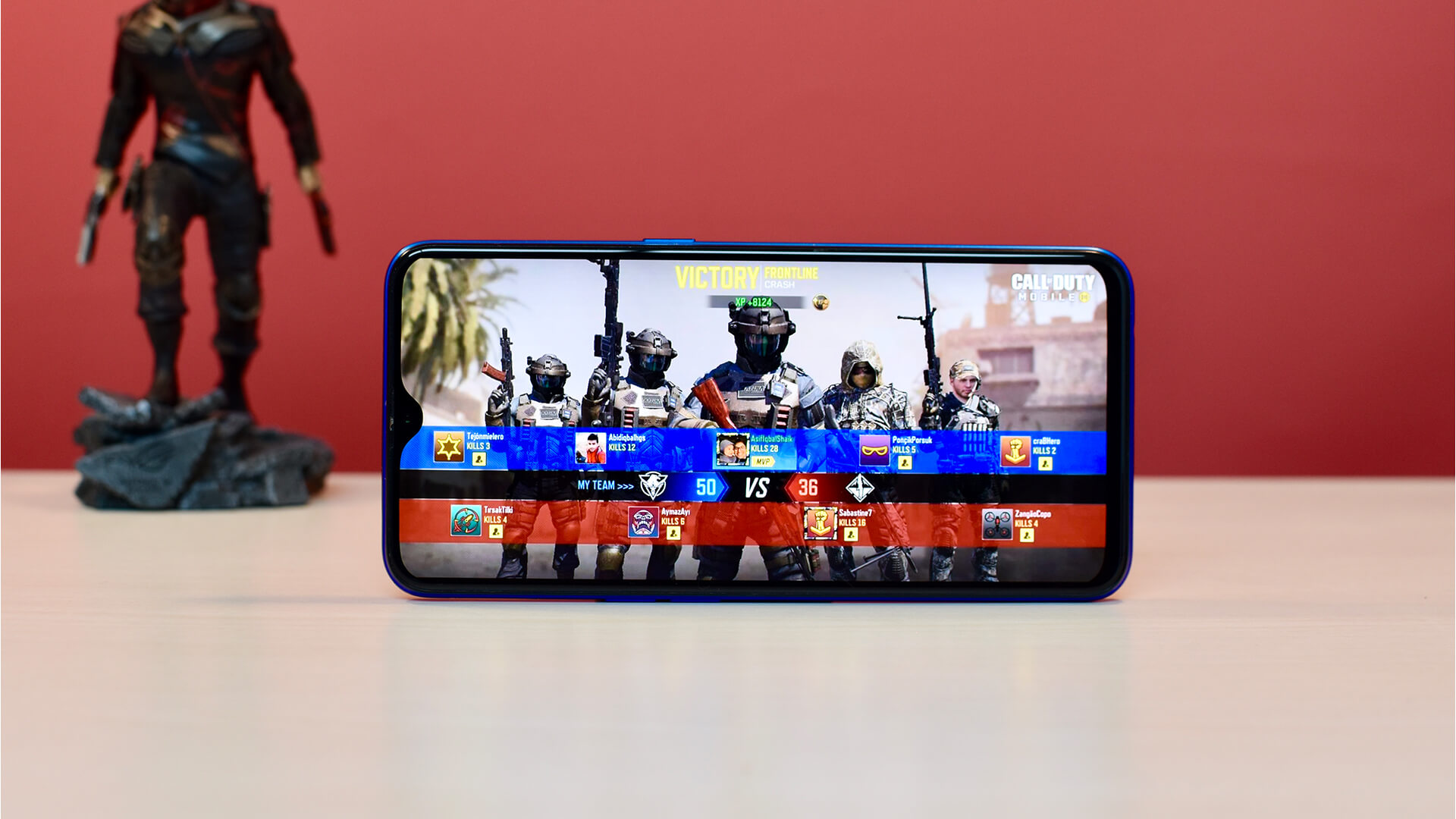 The next big difference in gaming experience comes from screen quality. OLED screens offer the best gaming visual experience, thanks to inky blacks, faster pixel response times, and better viewing angles. However, you can only find OLED screens in high-end and some mid-range phones. Most mid-range and all entry-level gaming phones stick to LCD displays. There’s one more aspect of screens that truly makes a difference: screen refresh rate. For years, screens on most mobile phones and TVs were limited to 60Hz. However, over the past 2-3 years, brands are launching smartphones with a higher-than-60Hz refresh rate.

If you’re looking for a gaming smartphone, you should consider a device that has a screen with at least a 90Hz refresh rate. Even better, many high-end gaming smartphones these days offer 120Hz and even 144Hz refresh rate screens. A high refresh rate makes the animations, scrolling, and transition appear smoother when compared to regular, 60Hz displays. That helps not only while gaming but also while doing other tasks like browsing and scrolling through social feeds.

To protect such high-end screens with high refresh rates, it is also important to buy a screen protection plan. Drops and spills protection plans help in incidents of accidental or unintentional damage to the phone.

Most smartphones that are priced above ₹10,000 these days offer dual-band Wi-Fi b/g/n/ac (also known as Wi-Fi 5). Some smartphones that are priced above ₹25,000 also feature Wi-Fi ax (also known as Wi-Fi 6), which is faster than Wi-Fi ac. However, you would also need a Wi-Fi 6 router to take advantage of a smartphone with Wi-Fi 6. Faster internet connectivity also helps in other tasks such as online music and video streaming, loading webpages faster, and downloading apps and games faster.

Playing high-end games takes a toll on the smartphone. It is a resource-intensive task and gaming requires a lot of power from the battery. Needless to say, if you want your smartphone to let you play games for hours on end, you need to choose a device that has a high-capacity battery. Look out for phones that have at least a 4,000mAh battery. You can find gaming phones that have 4,500mAh and even 5,000mAh batteries. The ASUS ROG Phone II and the ROG Phone III are powered by insanely high-capacity, 6,000mAh batteries.

Also, look out for a device with faster charging. When your phone is out of juice, you would want for it to get charged fast so that you can continue gaming within moments. While most gaming smartphones offer 18W fast charging via USB PD or Quick Charge 3.0, some gaming smartphones are compatible with 25W, 30W, or even higher charging rates. The recently launched devices like the Realme 7 Pro support up to a whopping 65W charging, capable of fully charging a battery in just half an hour. 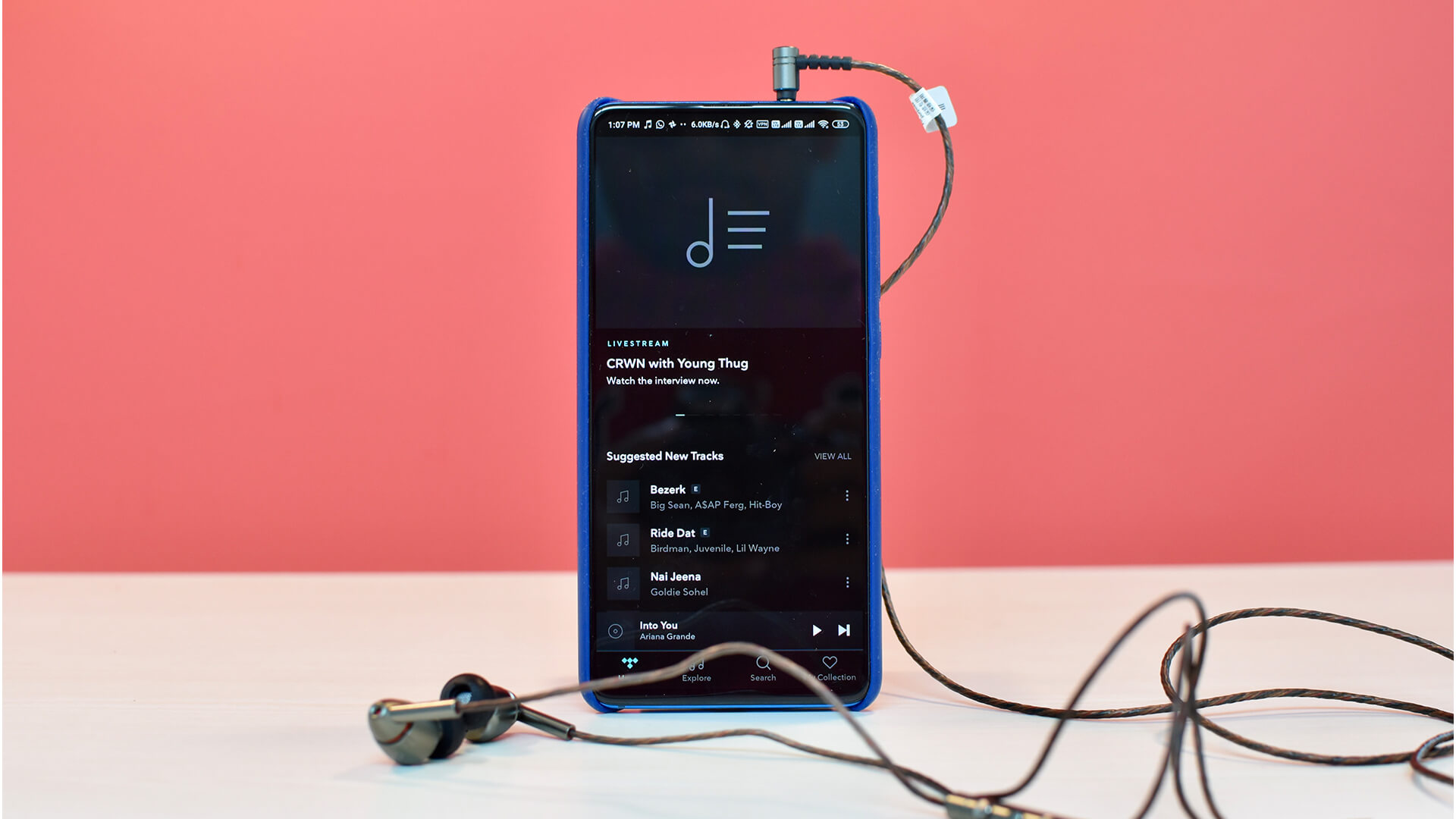 What’s the use of phones with high-refresh-rate screens and powerful processors if you can’t have a good audio experience? Hearing your enemy’s footsteps clearly can help you in beating them. While wireless earphones are all the rage, none of them can match the good-old wired earphone’s ultra-low latency. Phones with a 3.5mm headphone jack give you the advantage and help your reflexes in the game. However, it’s hard to find high-end phones with a dedicated 3.5mm headphone jack. In such cases, you can use USB Type-C earphones/headphones or rely on a smartphone that has stereo loudspeakers to listen to the game’s audio in a 3D audio experience. 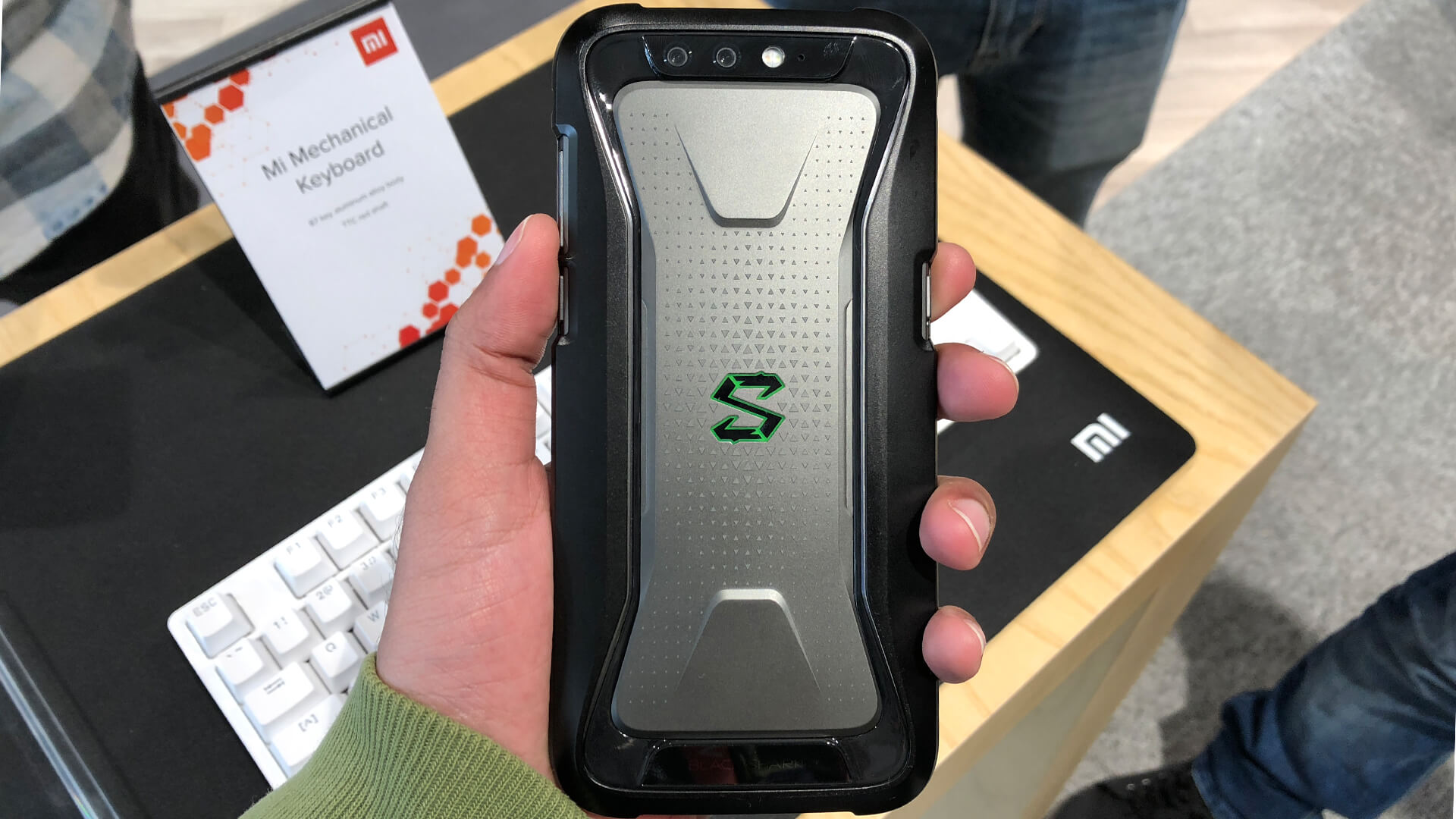 Many gaming smartphones offer additional hardware features and software trickery to make your gaming experience even smoother. Some gaming smartphones have dedicated shoulder buttons that can be assigned to the most used actions in a game. ROG-series smartphones from ASUS have an additional USB Type-C port on their side so that you can play games while the phone’s getting charged. A side-mounted USB port makes sure that the cable doesn’t come in your way to ruin the gaming experience.

Some phones can automatically block unwanted app notifications, while others can close all the background apps to make sure that all that your game gets access to as much hardware resources as possible. Some phones even offer network acceleration by joining internet connectivity from the SIM card and your Wi-Fi router. Some gaming smartphones even offer network acceleration by combining the internet connectivity of two different Wi-Fi channels. There are some smartphones that even let you complete other tasks while the game is loading in the background, showing you the game timer on the screen.

After carefully choosing a gaming smartphone that best suits your needs, it is also important to keep in good condition. Getting a good-quality case and a screen protector helps in improving the life of a smartphone. In addition, an extended warranty plan comes in quite handy in case something goes bad after the completion of the standard one-year smartphone warranty from the brand.

Things to Keep in Mind Before Buying a Washing Machine