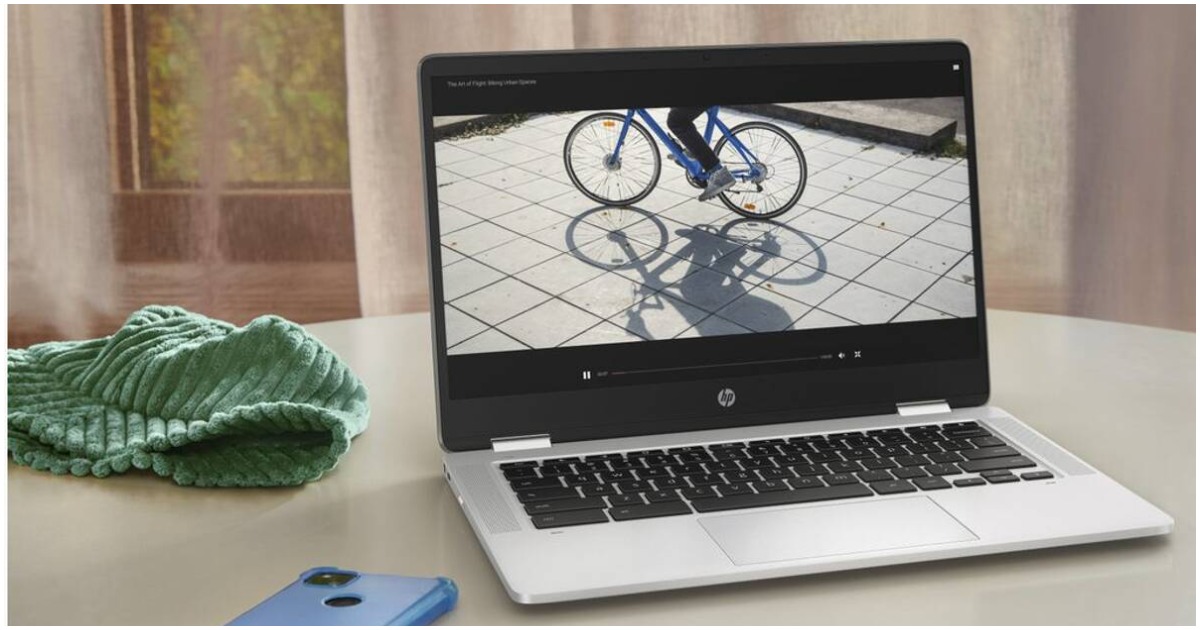 HP has launched its first AMD-powered Chromebook—HP Chromebook x360 14a—in India. This laptop has a 14-inch touchscreen display. The HP Chromebook x360 14a is powered by an AMD 3015CE processor which is aided with AMD Radeon integrated graphics. The company claims that the x360 14a offers a battery life of up to 12 hours on a single charge. The other features of this Chromebook include 4GB of RAM,  64 eMMC SSD storage, and Wi-Fi 5 connectivity. Let us check out the pricing and detailed Chromebook x360 14a specifications.

The HP Chromebook x360 14a is the company’s first AMD-powered Chromebook. It features a 14-inch HD touchscreen IPS LCD display that can be rotated 360 degrees. The Chromebook x360 14a is powered by AMD 3015CE processor which is aided with AMD’s Radeon graphics. It packs up to 4GB of RAM and 64GB of eMMC storage. The storage of the Chromebook can be expanded by up to an additional 256GB via a microSD card slot.

As for the software, it runs Chrome OS which comes with native Google apps such as Google Assistant, Google Drive, Google Meet, Gmail, and much more. You also get a 100GB Google One subscription for one year for free with the HP Chromebook x360 14a.

Connectivity features of the Chromebook x360 14a include two USB Type-C ports, a 3.5mm headphone/microphone combo port, one USB Type-A port, Bluetooth, and Wi-Fi 802.11 b/g/n/ac. It packs a 47Whr battery that offers around 12 hours of battery life, as per HP’s claims. It has a 720p HD camera for video calls.

OPPO Developing Its Own Smartphone Processor To Compete With Google, MediaTek, Qualcomm, And Samsung