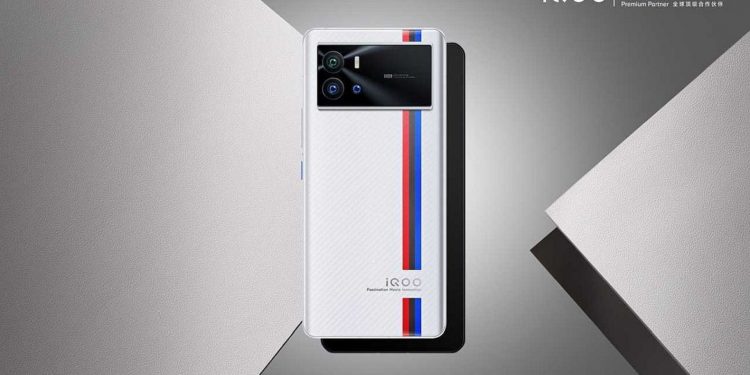 iQOO is preparing to unveil its iQOO 9 series smartphones in the country. The series is said to comprise three smartphones—the iQOO 9, iQOO 9 Pro and the iQOO 9 SE. The Vivo-owned manufacturer is set to debut the smartphones on February 23 in India. A new report has revealed the detailed specifications of the device. Let’s take a closer look at the iQOO 9 Pro, its specifications and features.

According to Twitter user Yogesh Brar, the iQOO 9 Pro will pack a 6.78-inch 10-bit QHD+ Curved E5 AMOLED display with a 120Hz refresh rate. Under the hood, the smartphone will be powered by the octa-core Qualcomm Snapdragon 8 Gen 1 SoC paired with 8GB and 12GB of LPDDR5 memory and 256GB of UFS 3.1 storage. Cooling chambers will be included in the phone to keep it cool when performing strenuous tasks like gaming.

The optics are said to consist of a 50MP primary sensor with Gimbal and OIS stabilisation, a 50MP secondary ultra-wide angled lens, and a third 16MP telephoto shooter. A 16MP front-facing camera will be included for selfies and video calls, according to Brar. The handset will come pre-installed with FunTouchOS, which is based on Android 12.

A 4,700mAh battery will be featured with 120W cable charging and 50W wireless charging capabilities. An ultrasonic in-display fingerprint scanner, a z-axis vibration motor, capacitive gaming triggers, and stereo speakers are among the smartphone’s other features. According to reports, the iQOO will support two generations of Android OS. The phone will be available in two colour options, one of which is a BMW edition.

The iQOO 9, on the other hand, will feature the Snapdragon 888 SoC from the previous generation, as well as a 6.56-inch FHD+ 120Hz 10-bit AMOLED display. That said, what are your thoughts on the upcoming iQOO 9 series? Do let us know by dropping a comment down below.