Amidst all the foldable smartphone launches from Samsung, LG is offering a different take on enhanced productivity with its swiveling smartphone. The LG Wing 5G has two screens. The one on the top swivels into a landscape position so that you can watch videos and do other things easily, while the secondary, smaller screen that’s placed below the primary screen can run other apps or show additional controls.

While it features mid-range specifications, the LG Wing brings 5G connectivity, a triple-camera setup on the rear, and a barrage of ways that you can use the two screens to enhance your productivity. For instance, you can watch a video on the primary screen and chat with your friends on the smaller screen. You can also keep your navigation app like Google Maps open on the primary screen while driving and let the music player controls appear on the secondary screen. 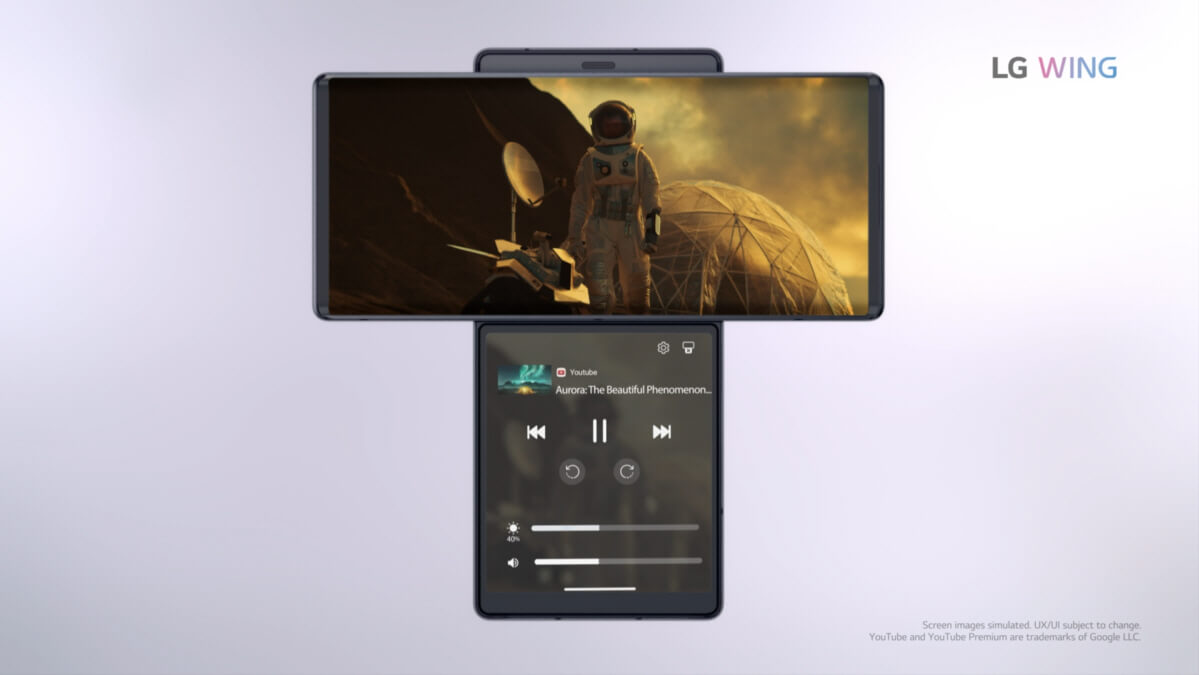 Some apps like YouTube and games like Asphalt 9 can understand that the phone has two screens, and they show additional controls on the secondary display. For example, YouTube shows the video on the main display and video controls and comments on the smaller display. Asphalt 9 shows the track map on the second display, while allowing you to play the game on the primary screen.

When closed, it appears just like any other smartphone. But when you swivel its screen and reveal the secondary display, it turns into a productivity and multimedia powerhouse. It’s an interesting form factor, and I applaud LG for trying something new. The phone will rival the Motorola RAZR 5G and the Samsung Galaxy Z Flip 5G by offering a unique form factor. 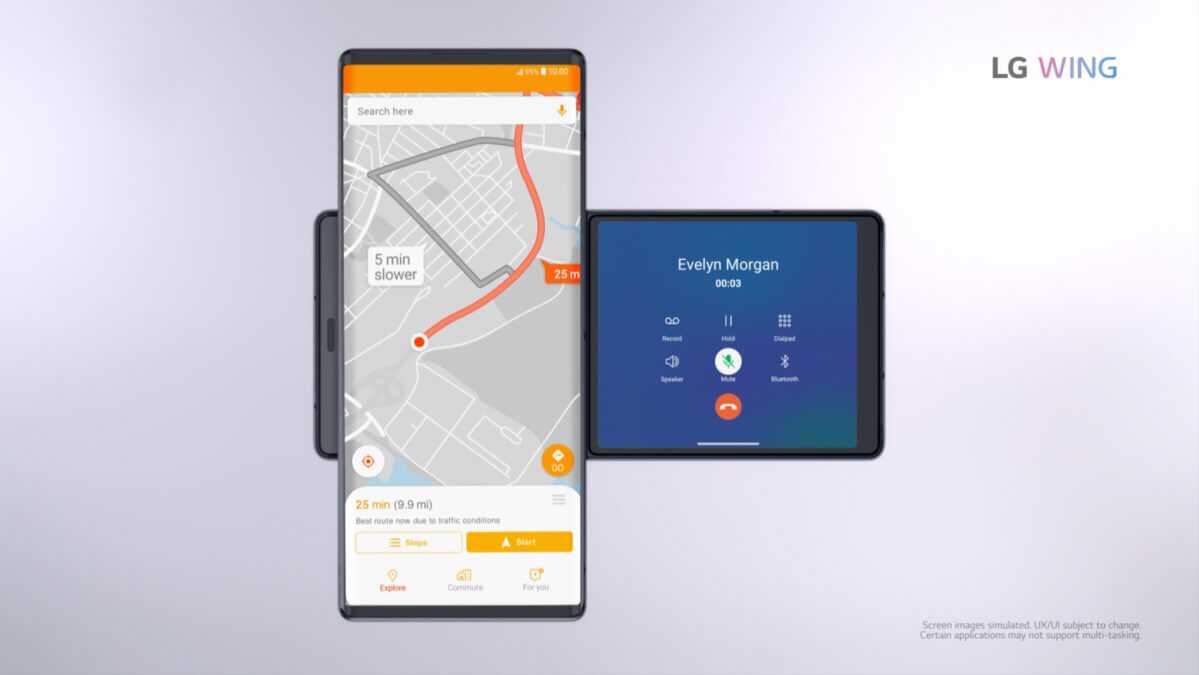 The two screens are joined together using a swiveling mechanism with a dual-lock and dual-spring design and a hydraulic damper that absorbs shocks. LG has also added a unique pattern at the rear part of the primary screen so that it doesn’t scratch the secondary screen. The phone also features an MIL-STD-810G compliant design for added protection from drops and shocks. LG says that the swiveling mechanism is good for 200,000 swivels, which converts to 100 swivels every day for five years.

The phone is equipped with the Snapdragon 765G processor, 8GB RAM, and 128GB/256GB of internal storage. There’s a microSD card slot for additional storage space. The phone runs Android 10 with LG UX for all those multi-screen enhancements. It also features 5G, 4G LTE, GPS, Wi-Fi ac, Bluetooth 5.0, NFC, and a USB 3.1 Type-C port. It is powered by a 4,000mAh battery that supports Quick Charge 4.0+. The LG Wing also features an under-display fingerprint reader. 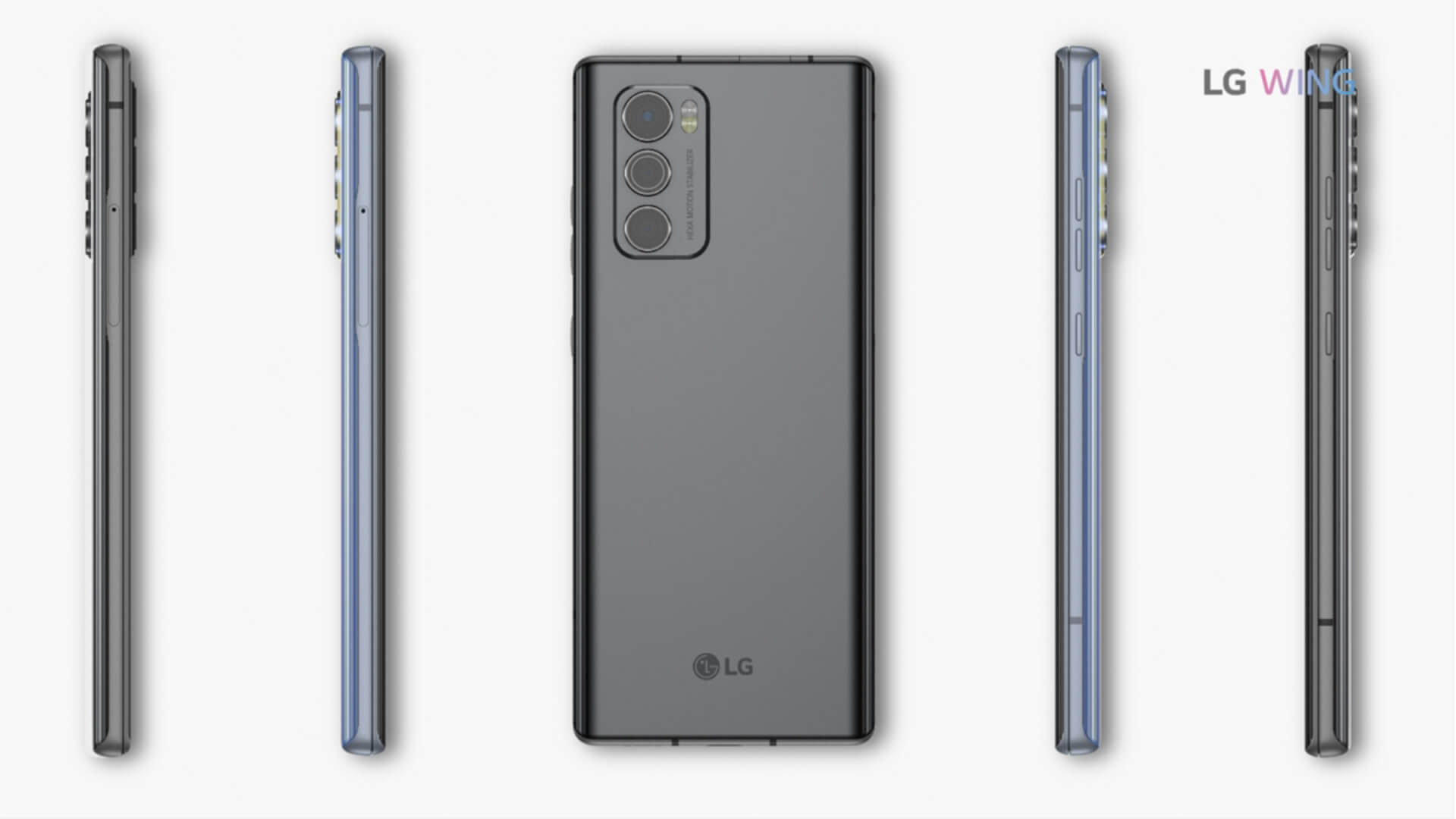 LG has not announced the price of the LG Wing 5G yet and we are not sure if it would be launched in India anytime soon. We will keep you posted on the phone’s Indian pricing and availability once LG announces relevant information. Until then, you can see the video of this dual-screen phone and its various use cases.