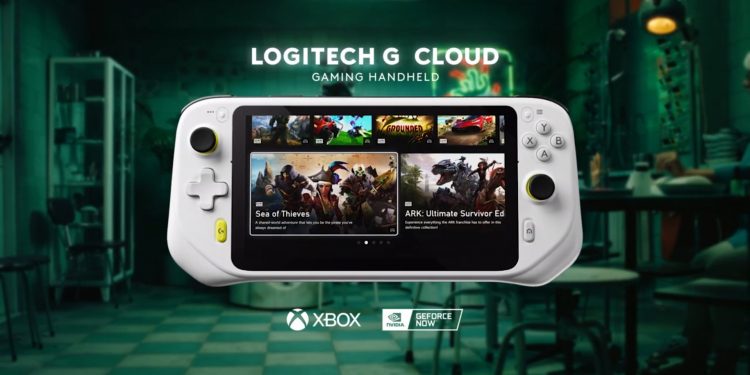 Following the success of the Steam Deck, handheld gaming has been gaining in popularity and more brands are now jumping into the space. The latest entrant is Logitech, with the Logitech G Cloud Gaming Handheld that’s basically a cloud gaming console housed in a pocketable form-factor.

You will need slightly bigger pockets though, but the G Cloud works with Xbox Game Pass Ultimate and Nvidia GeForce Now. Additionally, it features a full HD display with a long-lasting battery.

The G Cloud is made by Tencent Games and allows players to stream local Xbox games using the Xbox app and Steam titles via the Steam Link. You also have access to the Google Play Store, opening up a wide variety of titles you can play handheld. Logitech claims more than 12 hours of battery life.

The G Cloud runs on the Qualcomm Snapdragon 720G platform and features stereo speakers and stereo microphone. You also get a 3.5mm headphone jack with AUX output, along with Digital USB-C headphone support. There’s also Bluetooth 5.1 with Qualcomm AptX, dual-band Wi-Fi, and expandable storage with a TF card.

The G Cloud handheld console will be available in North America on October 17. Microsoft announced the G Cloud will support Remote Play as a home screen shortcut. Remote Play allows Xbox titles to be streamed to phones, tablets, and other handheld devices. Games you can play include Game Pass’ impressive collection of AAA and indie titles available on a monthly subscription. You can also play Fortnite for free.

The Logitech G Cloud Gaming Handheld is priced at $349.99 (roughly ₹28,000). It is available for purchase via LogitechG.com, Amazon, and Best Buy.