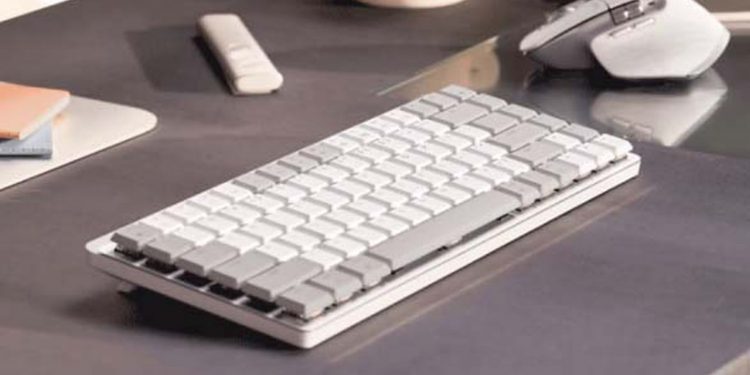 With Apple revamping its Mac lineup from the ground up with its own silicon and features like Universal Control, Logitech is expanding its popular “Designed For Mac” lineup with the exclusive MX Master series mice and keyboard. The mice include the Logitech MX Master 3S for Mac and the Logitech Vertical Ergonomic Mouse for Mac. There are also two keyboards, the MX Mechanical Mini for Mac and a new Logitech K380 Multi-Device Bluetooth keyboard in Blueberry colour.

The MX Master series are critically acclaimed among power users and Logitech has launched a Mac variant of the popular MX Master 3S mouse. It’s not too different from the regular MX Master 3S variant, with the design mostly similar. The change is, however, in the firmware which is tweaked to support macOS features.

Furthermore, a primary visual change is that Logitech is offering a USB-C to USB-C cable for charging, instead of the USB-A cable that comes for the Windows variant. They also don’t come with a USB Dongle, which would have inadvertently blocked a precious USB port. However, if you already have a Logi Bolt receiver, you can use it in 2.4 GHz mode.

The most striking improvement is that the MX Master 3S can go up to 8,000 DPIs and is 90% quieter than the regular MX Master 3, according to Logitech. You can also connect the mouse to up to three different macOS and iPadOS devices and cycle between them with Easy Switch. Logitech claims three hours of use with one minute of quick charge.

The Logitech MX Master 3S is priced ₹10,995 in India and $100 in the US (roughly ₹8,100). It is available across authorised online and offline channels in India.

As the name suggests, this is a vertical mouse and is suitable for a claw grip, delivering more comfort over long-term use. The product was developed by the company’s Ergo lab. When you are using the mouse, your hand is at a 57 degree angle at a handshake position. This, Logitech claims, relieves pressure on your wrists, keeping the arm and upper body in a more natural position.

The Logitech Vertical Ergonomic Mouse is priced at $70 (roughly ₹5,700) in the US.

Here again, there are not much visual changes. They look quite similar to the Windows variants. But there are notable differences in the features. The MX Mechanical and the Mechanical Mini is optimised for Mac, a first for Logitech. It has the Mac layout of keys, that includes CTRL, Option, and Command keys in the bottom left corner.

It also comes in two colours – Pale Gray and Space Gray to match the Mac colours. The backlights turn on when it senses a dim environment. The MX Mechanical comes with the number pad, while the Mini saves space by doing away with it.

The Logitech K380 Multi-Device Bluetooth Keyboard for Mac has a new Blueberry colour variant. The design is the same as before with the classic round keys and a quiet typing experience. Both keyboards support up to three macOS or iPadOS devices simultaneously.