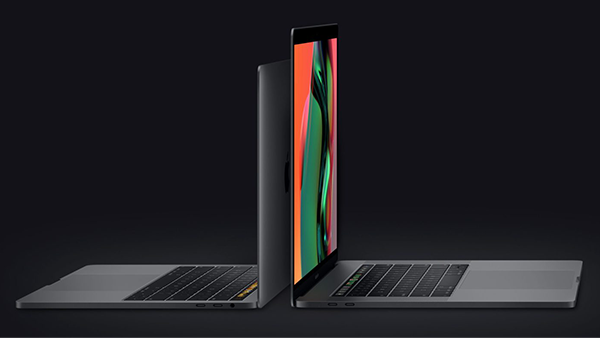 If you’re an Apple fan who constantly keeps a track of all the recent launches from the brand, by now you’d definitely know about the all-new MacBook Air and MacBook Pro. Read on to find out which 13-inch Mac laptop suits you best…

What makes both of them better?

Surely, both of them are loaded with the most advanced quality features like the 13.3-inch screen with the Retina Display, a fingerprint Touch ID scanner, Siri, and a 3rd-generation butterfly switch keyboard. What makes them unique in their own ways is that Apple introduced its Touch Bar on the keyboard in both its laptops.

Apart from this, the MacBook Pro 2018 has the software versions of the function keys F1-F12. This context touch screen lets the user make use of other important controls too like scrolling through pictures in Photos, checking the bookmarks in Safari, managing the media controls, etc. Not just this, the touch keypad also gives you certain suggestions while typing as well as helps free some space in the laptop for other features and functions to take place.

The MacBook Air, on the other hand, is developed with the old Function keys and has no signs of a Touch Bar. But it does have the Touch ID that helps unlock the laptop easily. It also quickly confirms the App Store and iTunes purchases. These were internal features, now let’s talk about its display and design

The greatest change that makes the new MacBook Air is the size reduction of the bezels that made the laptop much more vintage rather than giving it a modern look. Both the laptops come with 2560 x 1600 resolutions that offer the best of the editing skills with colour correction, setting the temperature and the appropriate brightness. It specifically gives us 100% sRGB coverage, 98.9% DCI-P3 and 84% Adobe RGB.

There are days when you plan to work outdoors. MacBook Air may not be the best choice in such a scenario since it only promises to cover about 300 nits. That is way less than a MacBook Pro that covers 514 nits approximately. It also has an in-built colour correction software namely TrueTone that uses the cameras and the sensors to measure the ambient of light falling on the device and accordingly sets the temperature of the screen, unlike the new MacBook Air.

The processor used in a Pro is an i7 Intel core along with the Intel Iris Plus graphics 655, an advanced version of i5 in MacBook Air that uses UHD graphics 617. The MacBook Air on the other hand, comes in 128GB, 512GB, 256GB, 512GB, 1.5TB PCIe-based SSD and the Pro comes in 2.3GHz quad-core 8th generation Core i5 that is a Turbo Boost up to 3.8GHz compared to a 2.7GHz quad-core 8th generation Intel Core i7 processor that comes in a Turbo Boost up to 4.5GHz.

The battery life of a MacBook Air is 3 hours extra than a MacBook Pro that gives us a 10-hour Playback time. The price of MacBook Air 2018 is about Rs. 1,14,900 and that of a MacBook Pro 2018 is 1,49,900 on Amazon. If you plan to buy one of these, make sure you protect it with an extended warranty plan to give it a longer life. The plan can be purchased from Amazon.in or from our website: www.onsitego.com at a reasonable price.

When we plan a trip the first thing on our checklist is treasuring memories. This is another reason why smartphones... END_OF_DOCUMENT_TOKEN_TO_BE_REPLACED

All smartphones come with a large display these days and the larger the display, the higher the chances of you... END_OF_DOCUMENT_TOKEN_TO_BE_REPLACED

Your phone’s performance completely depends on your usage, and not on how long it’s been used. So buying a new... END_OF_DOCUMENT_TOKEN_TO_BE_REPLACED