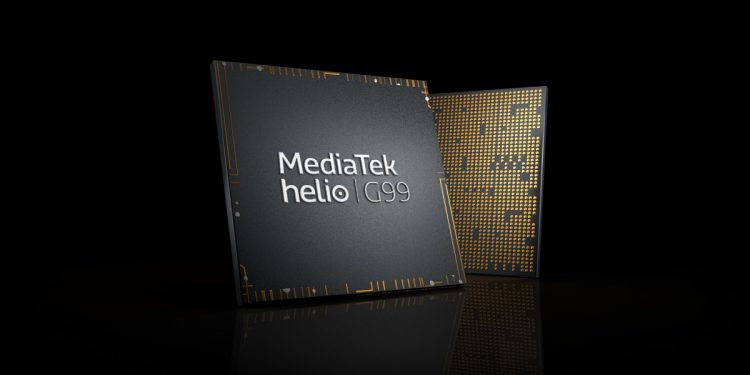 For a couple of years, the Helio G95 and Helio G96 have been the favourite mobile processors for Android smartphone manufacturers in the mid-range smartphone category, owing to their higher performance compared to rival processors. Having said that, these chipsets suffered performance throttling issues under higher workloads, mainly due to overheating. The Helio G99 is expected to address these issues and also pack in more performance than the Helio G96.

The MediaTek Helio G99 SoC carries over the same CPU core configuration as the Helio G96, comprising two ARM Cortex A76 cores and six ARM Cortex A55 efficiency cores. The performance cores, ARM Cortex A76, run at a slightly higher clock speed of 2.2GHz as opposed to the 2.05GHz on the Helio G96. The ARM Cortex A55 cores are clocked at 2GHz. The ARM Mali-G57 MC2 GPU is also retained in this iteration.

The major change in this chipset is that it is built on the TSMC’s 6nm fabrication process, as against the 12nm process of the Helio G96. This move is expected to solve the heating and high energy consumption issues and offer a stable performance during gaming. MediaTek claims that the Helio G99 brings 30 percent energy savings during gaming compared to the Helio G96.

Expect smartphones from Xiaomi, Realme, Infinix, Vivo, POCO, and likes to arrive with the MediaTek Helio G99 from July 2022 onwards. It will be interesting to see how the chipset fares against the Snapdragon 680 SoC, which is also a 4G mid-range chipset from MediaTek’s arch-rival, Qualcomm.