Microsoft Planning To Revamp The Xbox Home UI For 2023 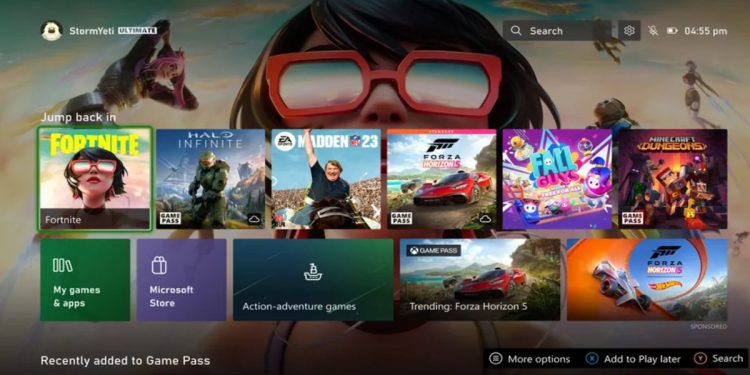 The Xbox’s current Home user interface is functional but is a little long in the tooth now. Microsoft will be testing some changes to its Xbox Home UI that will make it more appealing and easier to navigate to applications, games, and settings. The new Xbox Home UI is expected to roll out to users only in 2023. Microsoft will utilise the time left to try out different options and iron out bugs before the release.

Ivy Krislov, senior product manager lead of Xbox experiences, said, “We know the Xbox homepage is where our gamers spend the most time, and it’s a space that’s very personal. We also know we can always be listening and learning how we can do better here while keeping your experience fast and familiar. With that, we’re kicking off a multi-month series of experiments to learn how to create a more personalized home screen experience and address some of the top trends and fan requests.”

Microsoft will be conducting the tests via its Xbox Insiders program starting this week, but only a few users will get it. Random users on the Alpha Skip-Ahead ring can now access the new Xbox Home UI. Going by the first preview, there’s an addition of a new “jump back in” row on the Home page. It will include all the recently opened apps and games. Another change is that it uses a smaller tile in favour of the big tile, which we have seen on the Xbox TV app.

Microsoft is also planning to introduce the search and quick access settings at the top, which is inspired by the Xbox TV app. There’s also a pinned tile to access the Microsoft Store beside the “My games and apps” tile. If you scroll down, you will get recommended content based on the games that you play.

Xbox gaming console users expecting it to be a complete overhaul would be disappointed with this update. However, this isn’t the final version and Microsoft could bring some more changes to the Xbox Home UI ahead of its rollout next year.