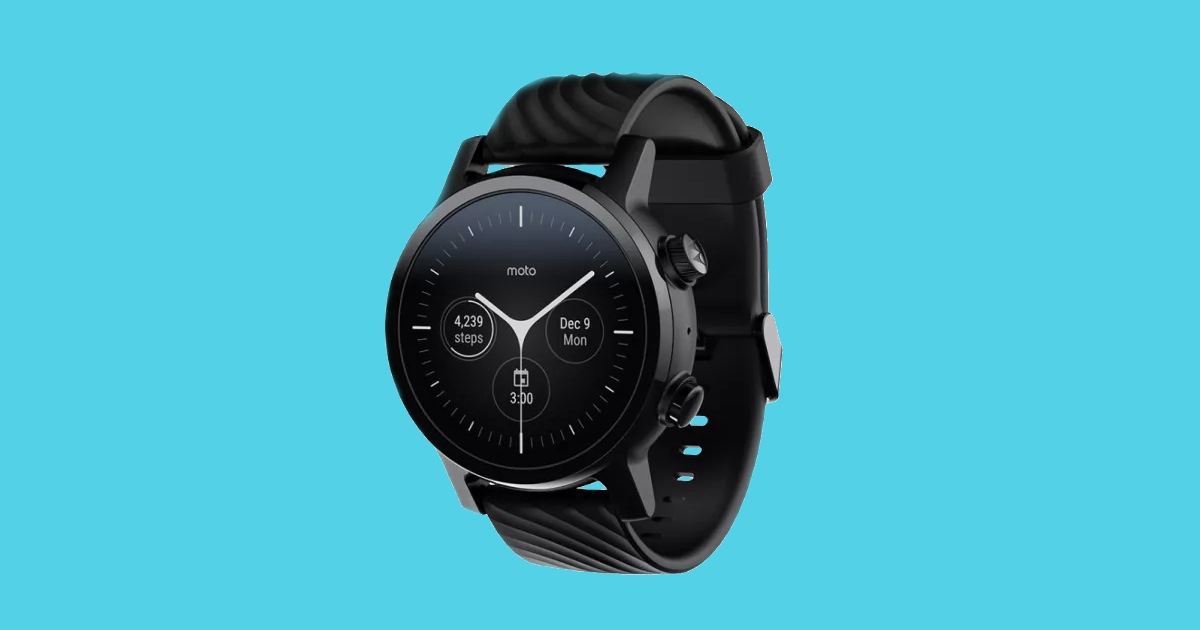 The third-generation Moto 360 smartwatch has finally reached Indian shores. The watch has a radial dial and features two tactile buttons. It boasts of stainless steel body and a variety of straps to choose from. You can go with a silicone, metal, or leather strap to match your style. As per the company, the third-generation Moto 360 is splash-resistant and can withstand drizzle and sweat.

The smartwatch comes with a 1.2-inch circular OLED display with 360 x 360 pixels resolution. Taking advantage of OLED’s emissive nature, Motorola has implemented AoD (Always-on Display) functionality. This feature brings forth essential information such as the time by utilizing just 10-15% pixels. By selectively switching off the rest of the pixels, the always-on feature saves battery consumption. The screen is protected by Corning’s Gorilla Glass 3.

The Moto 360 (3rd Gen) is powered by Qualcomm’s Snapdragon Wear 3100 chipset. The watch comes with 1GB of RAM and 8GB of internal storage. Other features include Wi-Fi, Bluetooth 4.2, NFC, and GPS. The smartwatch houses a 355 mAh battery with fast charging support. As per Motorola, the watch can be topped up from 0-100% within an hour.

This watch also doubles up as a health tracker. It is loaded with an accelerometer, compass, gyro, and heart rate monitor to track your activity, sleep, steps, and workouts. It comes with Lifesum App that enables you to monitor food and water intake habits as well. The Moto 360 plays nice with popular apps such as Nike Run Club, Strava, and Google Fit.

On the software side of things, the smartwatch is based on Google’s Wear OS. To help you navigate through apps, the Moto 360 (3rd Gen) relies on a winding crown. You can access your favourite apps, such as Google Assistant, Google Pay, Messenger, Shazam, Spotify, Uber, and WhatsApp right from your wrist.

The Moto 360 (3rd Gen) is available in two colours: Black and Gold. Available exclusively via Flipkart, the watch is priced at ₹19,990 in India. To sweeten the deal, Motorola is offering a complimentary strap in a box. It comes with a two-year manufacturer warranty.