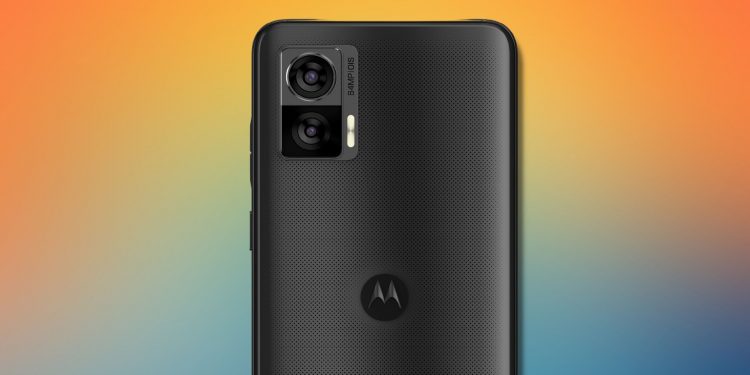 The Motorola Edge 30 Lite, codenamed Miami, will debut later this year. According to rumours, Motorola seeks to launch 19 different phones this year. A new report takes the wraps off the upcoming Motorola Edge 30’s design and sheds light on the key specifications. The design renders of the smartphone reveal a dual rear camera module with a 64MP primary shooter that has support for OIS.

Let’s take a closer look at the upcoming Motorola Edge 30 Lite, specifications, renders and everything we know so far.

As per a report by 91mobiles, the upcoming Motorola Edge 30 Lite will pack in a 6.28-inch 120Hz POLED display on the front. It only features two rear cameras, which is below modern standards at a time when triple and quad-camera setups are widespread at the mid-range and premium end of the market. The handset will feature a 64MP primary shooter paired with a 13MP secondary lens.

The phone will be offered in four colourways, namely Moonless Night, Very Peri, Opal Silver, and Green Fig. The Snapdragon 695 SoC will run the phone’s internal components. The smartphone features up to 8GB of RAM and 256GB of internal storage.

The report further reveals that the device will be released soon along with the Edge 30 Ultra (Frontier) and its 200MP primary camera. The handset is said to be fueled by a 4020mAh battery.

These features are consistent with earlier rumours which also revealed that Motorola will release the Edge 30 Lite for €400. The front of the device may include a 32MP selfie camera, and it might support 30W fast charging and have a 3.5mm headphone jack.

At the time of writing, Motorola has not officially endorsed the Edge 30 Lite’s release date. However, it appears that the Edge series smartphone will soon be available worldwide. The phone should soon be on sale in India as well.