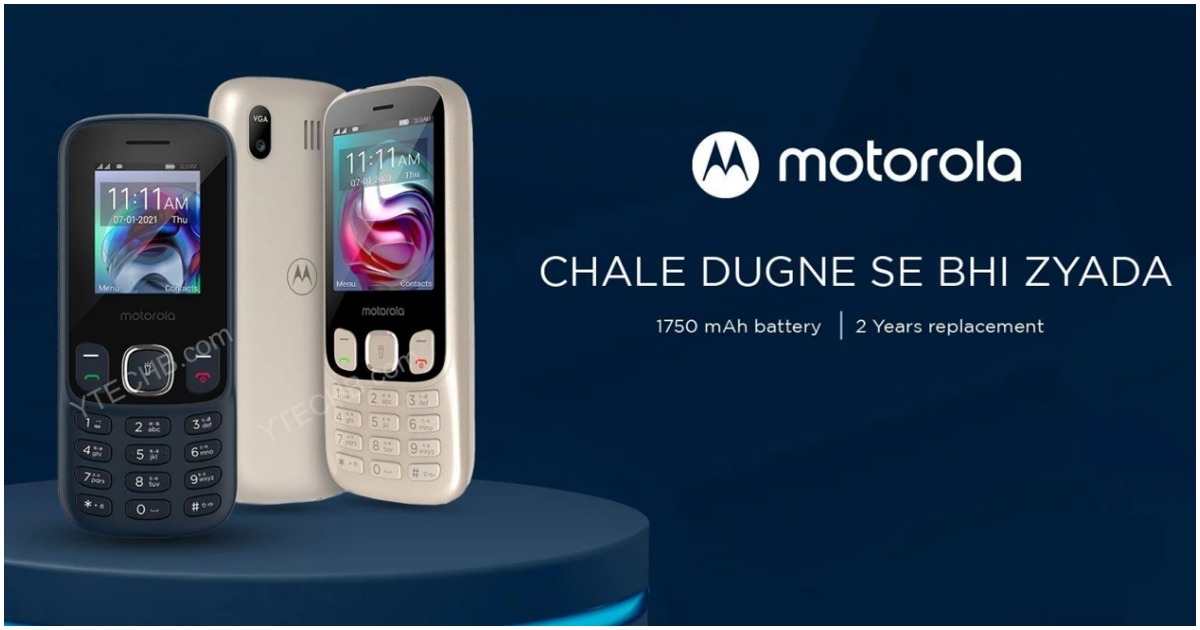 Moto A10, Moto A50 Specifications Leaked

According to the report, all the Motorola feature phones will first be available in five Indian states, including Uttar Pradesh. Later, these devices will be available in other states. Speaking of their specifications, both the Moto A10 and the Moto A50 will feature a 1.8-inch display. Under the hood, both these feature phones will be powered by MediaTek MT6261D chipset. These devices phones will have features such as auto call recording, wireless FM radio, adjustable font size, and five Indian languages support: Hindi, Tamil, Telugu, Kannada, and Malayalam.

The Moto A50 will feature a single camera on the back accompanied by a torch, whereas the Moto A10 will lack a camera and a LED torch. Both these upcoming feature phones will have dual-SIM card slots and microSD card support for further storage expansion up to 32GB, as per a report. These devices will be backed by a 1,750mAh battery.

Motorola will reportedly offer a 2-year replacement guarantee on all three Moto A-series mobile phones. The Indian smartphone maker Lava will offer after-sales service for these Motorola feature phones. As far as pricing of these devices goes, the Moto A10 is expected to be priced under ₹1,500, while the Moto A50 and the Moto A70 might retail under ₹2,000 in India.