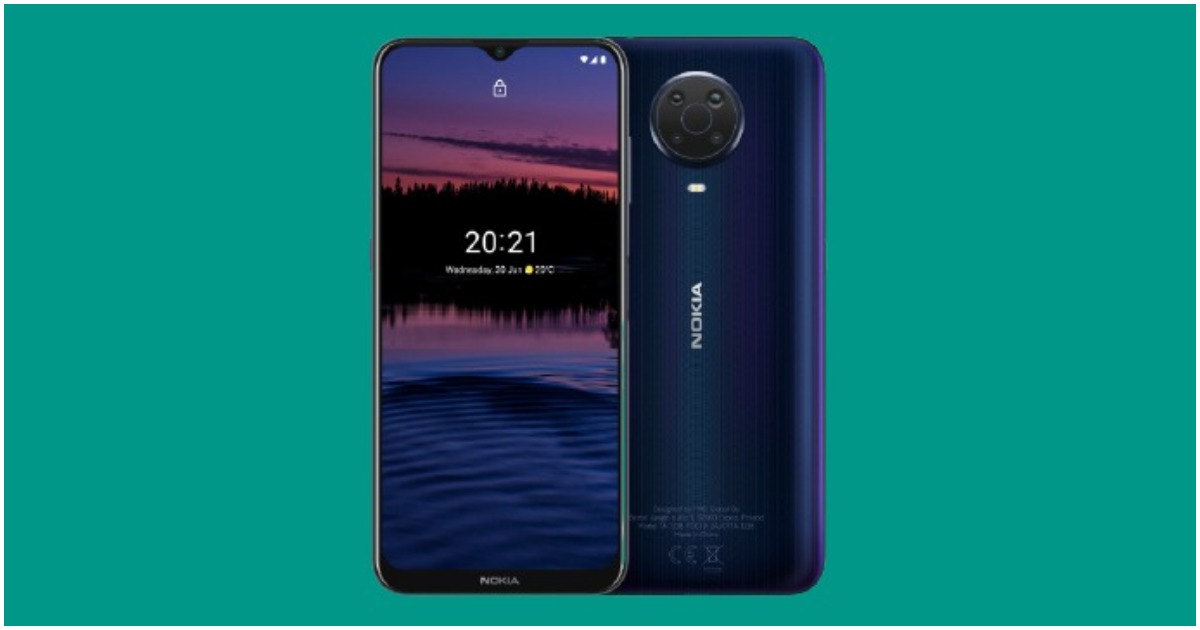 Nokia has finally launched the Nokia G20 smartphone in India. The device was unveiled back in April 2021 alongside Nokia’s X-series and C-series devices. Key features of the newly-launched Nokia G20 include a 6.5-inch HD+ display, 4GB of RAM, 64GB onboard storage, and a 48MP quad-camera setup. At the front, the device has an 8MP selfie camera. The smartphone is powered by a 5,050mAh battery that offers up to 10W charging. Let us take a look at the Nokia G20’s detailed specifications, pricing, and availability information.

The Nokia G20 price in India starts at ₹12,999. The phone comes in just one memory configuration in India: 4GB RAM + 64GB storage. The device will be available in Night and Glacier colour variants. Pre-orders for the Nokia G20 will start in India via Amazon from July 7, 2021. We can expect the phone to go on sale soon in India through Amazon, Nokia e-store, and other retail outlets. As of now, we are not sure if Nokia is planning to bring the 4GB + 128GB variant of the G20 to the Indian market. 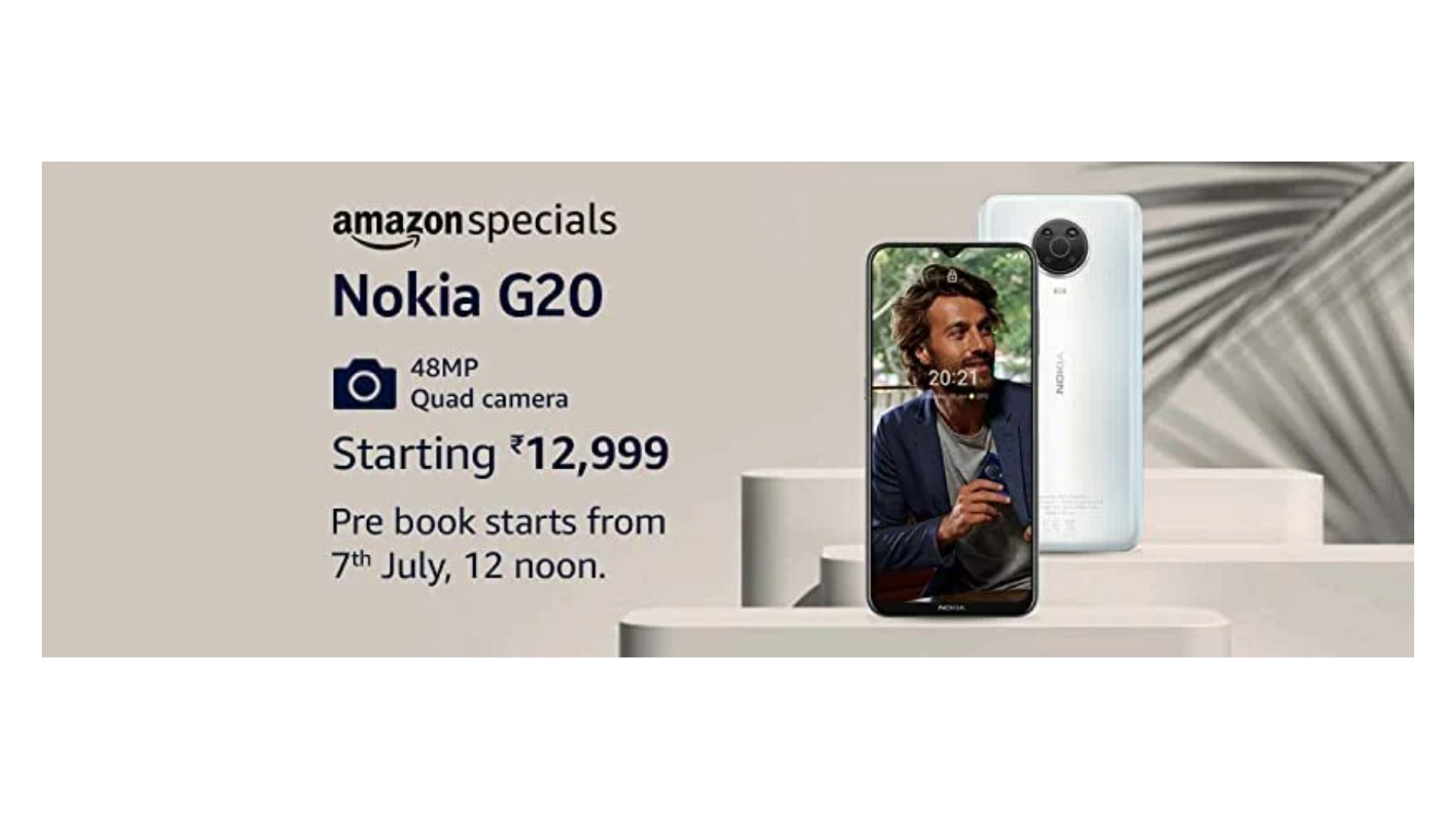 The Nokia G20 features a 6.5-inch IPS LCD display with HD+ resolution (1,600 x 720 pixels). The display panel has a standard refresh rate of 60Hz and an aspect ratio of 20:9. Under the hood, the Nokia G20 is equipped with the MediaTek Helio G35 processor. The phone packs 4GB of RAM and 64GB of internal storage. For storage expansion, the handset even has a microSD card support, which allows storage expansion up to an additional 512GB. On the software front, the G20 runs Android 11 out of the box.

The Nokia G20’s imaging aspects are handled by a quad-camera setup at the rear. The phone sports a 48MP primary main camera, a 5MP ultrawide camera, and a pair of 2MP sensors for macro and depth. For selfies and video-calling, the device comes equipped with an 8MP camera. Connectivity-wise, the handset offers a dual-SIM card slot, 4G (with VoLTE), Wi-Fi 802.11 b/g/n/ac, Bluetooth 5.0, GPS, GLONASS, Beidou, a 3.5mm audio jack, and USB Type-C port.

The smartphone draws power from a 5,050mAh battery, but it is compatible with just 10W of power for charging, which is extremely slow by 2021 standards. Nokia should’ve offered at least 15W for faster battery charging. For security, the Nokia G20 is equipped with a side-mounted fingerprint sensor. Dimensions-wise, the handset measures 164.9 x 76 x 9.2mm and weighs 197 grams.