The Android 11 operating system was released by Google back in September. Since then, many smartphone manufacturers including Samsung, OnePlus, Xiaomi, OPPO, Vivo, and Realme have rolled out the Android 11 OS to the majority of their smartphones.

However, that hasn’t been the case with Nokia. Plenty of smartphones from HMD Global are yet to receive the Android 11 operating system. While the brand was already lagging behind in terms of the Android 11 rollout, the company has now delayed it even further. 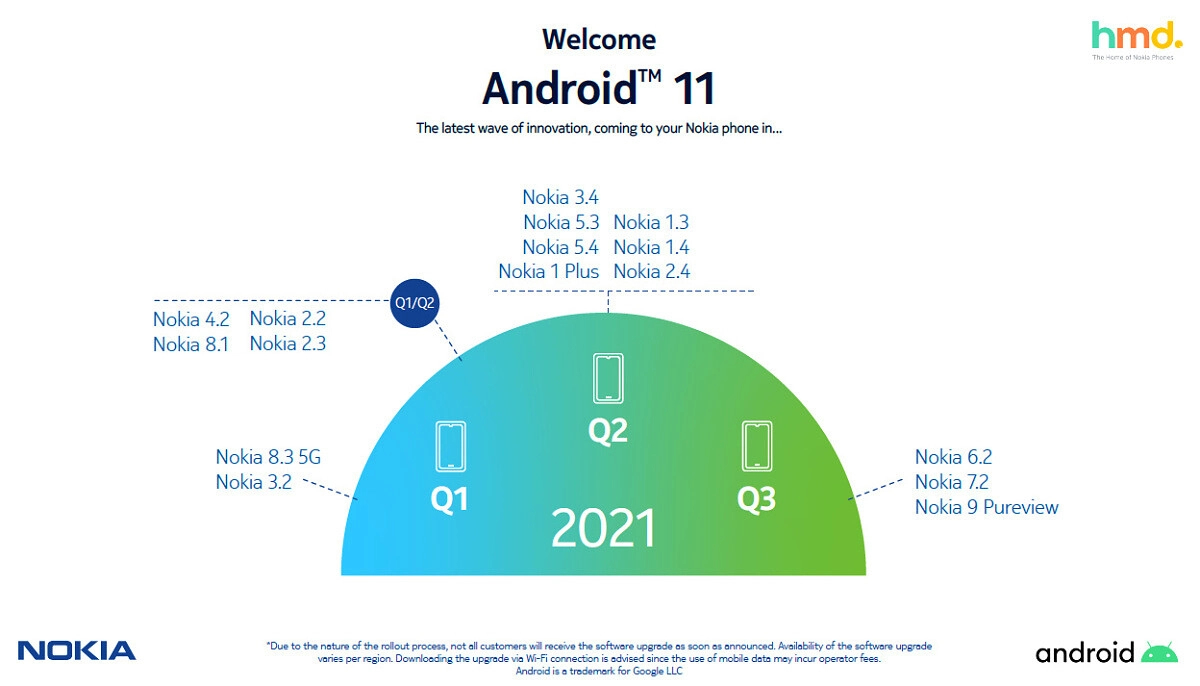 Today, Nokia has released a revamped schedule for the rollout of the Android 11 operating system to its smartphones. Earlier, the company had said that it would complete the Android 11 rollout by the end of Q2 2021 but it has now been delayed to Q3 2021.

Smartphone manufacturers such as Samsung, Xiaomi, OPPO, and Vivo customize the Android OS with a custom skin. Since customizing the OS with a custom theme is a lengthy process, it takes a longer time for these brands to roll out a new version of Android.

However, that isn’t the case with Nokia. It offers stock Android OS to its devices. So it is much easier for the brand to roll out a new version of Android. Nokia used to take advantage of this fact and roll out new versions of Android faster than other brands.

That, unfortunately, doesn’t seem to be the case this time around. While smartphone manufacturers who customize the Android OS with a custom theme have already rolled out Android 11 to a majority of their devices, Nokia is still lagging behind.