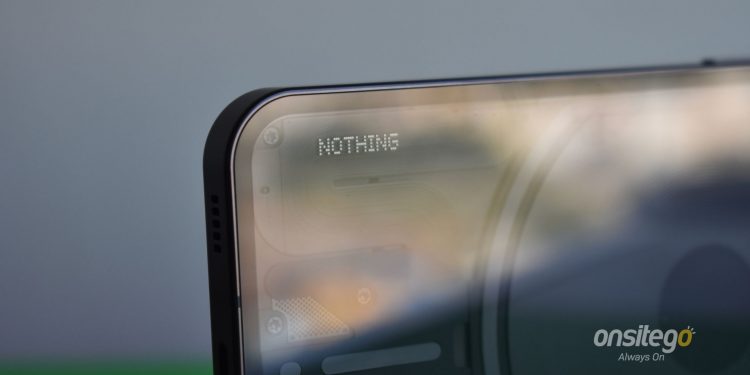 Let us take a closer look at what the Nothing OS 1.1.3 update has in store for Nothing Phone (1) users.

Nothing Phone (1) Nothing OS 1.1.3 Update: Changelogs And Features

Nothing founder Carl Pei also confirmed the update roll out and said that the update is rolling out gradually. The update brings major camera improvements and also adds a few new features to the Nothing Phone (1). The Nothing Phone (1) Nothing OS 1.1.3 update adds Google’s Adaptive Battery feature and brings with it a redesigned fingerprint verification UI.

Nothing has improved the camera clarity for selfies and the brand has also imporved processing time for the photos shot in Nothing mode and HDR mode. Additionally, users will also experience rich colour saturation for the ultra-wide angle camera. The brand has also fixed the issue which caused apps including Twitter and Play Store to stutter.

Bug fixes and performance optimisations
● Resolved an issue that caused stuttering in some apps like Twitter, Play Store etc.
● Resolved an issue that prevented mobile hotspot from working properly.
● Fixed ussye that caused the lock screen to crash after tapping on a notification and then trying to use finger unlock.
● Polished minor UI details.
● General bug fixes.

Carl Pei has mentioned that the update is being gradually rolled out in phases, so it might not be available for everyone as of now. We can expect the company to release Nothing OS 1.1.3 to all Nothing Phone (1) users in the coming weeks.

Do you use a Nothing Phone (1)? How has your experience been with the smartphone so far? Do let us know down in the comments section.