Nothing Phone 1 To Launch In India With Nothing OS, Snapdragon Processor Later This Year: Features, Specifications 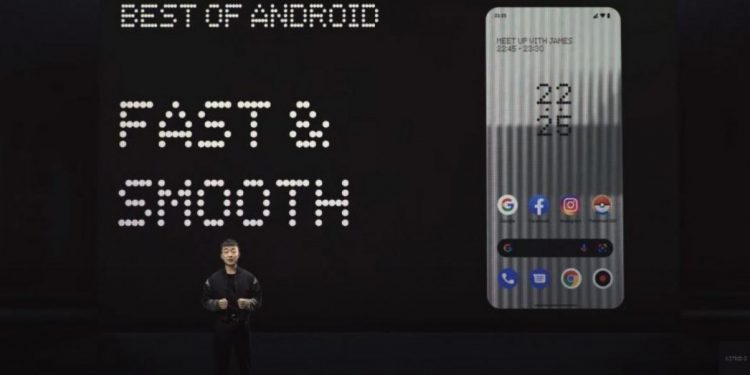 Carl Pei’s startup Nothing will launch its debut smartphone this summer. On Wednesday, the company held a virtual event where it announced its upcoming smartphone, the Nothing Phone (1), as well as other key announcements about the company’s future and current ambitions.

Pei clarifies that Nothing is not an audio company as previously assumed, but rather an ecosystem competitor to Apple. Nothing, according to Pei, aspires to be “the most compelling alternative to Apple”, with products that connect and work together flawlessly.

The former OnePlus co-founder confirmed that the upcoming Nothing Phone (1) will be launched in the summer of 2022. The Nothing phone (1) is said to bring a breath of fresh air to the stagnant smartphone industry by delivering better value to users with a unique design. While the company did not engage and provide any specifics, it is known that Nothing is working with Qualcomm, which is expected to manufacture the chipset, as well as Samsung, Sony, and Visionox, who will provide crucial components.

The Phone (1) will ship with Nothing OS, an Android-based operating system. It would preserve all of the native Android features while also adding new ones to improve the user experience. The phone is claimed to receive three years of Android OS updates and four years of security updates.

When compared to the competition, the Nothing OS is said to possess 40 percent fewer preinstalled apps. The operating system will also cache most frequently used apps in RAM and close those that haven’t been used in a while to provide a speedier experience, said Nothing India Vice President and General Manager Manu Sharma in an interview with Gadgets360.

Nothing is also releasing a beta version of its software through a launcher that will be accessible for download on a limited number of Android devices. Finally, the Nothing Phone 1 would launch in India, and is said to be available in Q3 2022.