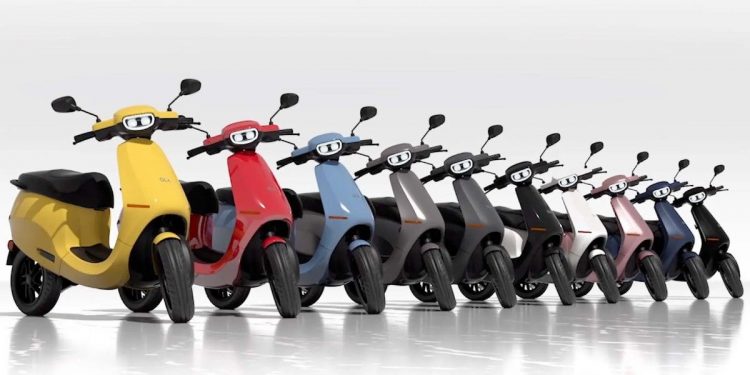 Ola unveiled its first electric scooters—Ola S1 and Ola S1 Pro—in August 2021. Despite the company’s claims, the electric scooters haven’t had a smooth ride. Ever since their launch, reports surrounding various Ola S1 Pro issues have been popping up all over the internet. Unhappy customers have been voicing their resentment on various platforms.

It all started with delayed deliveries, owing to reasons unknown so far. Even after deliveries started happening, things started going haywire. In this article, we have made a list of all Ola S1 problems that have been reported so far. While some of them have already been acknowledged by the brand, some are still left unattended.

The first instance of an Ola S1 Pro that came into the limelight was related to a discrepancy in the insurance premium. A Twitter user named Rahul Prasad posted that he had paid ₹7,471 for insurance, while the policy documents showed the premium paid to be ₹6,695. Further to the noticed discrepancy, he added that as of then, there was no option provided to the buyers to choose their own insurance policies at the time of purchase.

Upon investigation, we were able to track several insurance providers (GoDigit, Acko, etc.), which have now begun offering insurance plans, so it is safe to assume that the brand took note of the incident and has fixed the discrepancy.

Buying something new is always exciting right? The anticipation of the product arriving at your location is something that adds value to the overall shopping experience. But, it all goes sideways if you receive a faulty product. Your dreams of unwrapping the product in mint condition suddenly shatter. Similar was the case with a Twitter user named Karthik Varma

The user ordered an Ola S1 Pro in Visakhapatnam and received it in December 2021. Much to his surprise, the scooter that they received had uneven panel gaps, broken body parts, dents, and cracks. When he filed a complaint, the assigned manager promised him that the scooter would be repaired, which is pretty bizarre, considering the fact that the person ordered a new product, not a refurbished one. Even in the worst-case scenario, it would have made much more sense for Ola to provide the customer with a fresh replacement of the Ola S1 Pro.

A long drive is inevitable when one buys a new vehicle. Sadly, for a Twitter user who goes by the name Toadie, the first long drive did not turn out to be too long. Their brand-new Ola S1 Pro started producing screeching noises in less than 6km. Additionally, the scooter’s headlight faltered. Clearly, this must not have been the most pleasant first impression for the customer, but it got even worse.

After Toadie begrudgingly had his new Ola S1 Pro towed away to the workshop for repair, they had to keep waiting for it to return to him. They were promised that the scooter will be repaired and returned in a few hours, but that apparently did not happen. Their misfortune did not seem to end as the Ola S1 Pro was returned with broken number plates and oil marks from the workshop. The tweet containing the picture has been embedded below, and it sure does not look like a mint-condition scooter to us.

Not taking away anything from the first three incidents that we listed, this Ola S1 Pro issue is on a totally different level when it comes to severity and risk. In a recent turn of events, an Ola S1 Pro caught fire in broad daylight on a busy Pune street. The incident grabbed a lot of attention on the internet and Ola had to issue a public statement about it.

In a statement to ETAuto, Ola said, “We are aware of an incident in Pune that happened with one of our scooters and are investigating to understand the root cause and will share more updates in the next few days. We’re in constant touch with the customer who is absolutely safe. Vehicle safety is of paramount importance at Ola, and we are committed to the highest quality standards in our products. We take this incident seriously and will take appropriate action and share more in the coming days.”

While it is good to see the brand officially acknowledging its fault, it has still not confirmed what actually caused the fire. There are high chances that it all happened because of a poor-quality Lithium-Ion battery or an unwieldy battery management system, but these are mere assumptions for now.

Recently, a video of an Ola S1 Pro running in reverse at 90kmph went viral on social media. The Ola S1 Pro, in this video, has been placed flat on the surface, and instead of moving forward, its rear wheel is apparently running in reverse at 90kmph, which is not just odd, but also extremely risky. In an earlier incident, the scooter automatically went into reverse mode at 102kmph.

This issue occurred most likely because of a software glitch, which can be fixed easily if the company takes appropriate measures swiftly. For those unaware, the Ola S1 Pro has a “convenient” reverse mode, which can make the scooter go in the reverse direction when needed. The feature relies solely on the software, which appears to have malfunctioned (at least) a couple of times.

There were several features that Ola had promised in August 2021 during the launch of its electric scooters. However, features like cruise control, hill hold, navigation assist, and others are still nowhere to be found on Ola S1 series scooters, and this has been one of the prime concerns of the customers.

Much to the relief, Ola has promised that the missing features will make their way to the Ola S1 and the Ola S1 Pro via subsequent software updated by June 2022. That’s still a long wait from now.

Another concerning incident of the Ola S1 Pro malfunctioning was reported last week. A 65-year old man’s Ola S1 Pro reportedly reversed itself without a warning while he was paxking it. The person crashed into a wall behind him, hit his head on it, and fractured his left arm.

The incident is reported to have happened in Jodhpur and was reported on LinkedIn by Pallav Maheshwari. The personl claims that his father has received severe injuries because of the Ola S1 Pro malfunction. He alleges that a software bug in the scooter has caused the problem.

Even though the Ola S1 family has had a bumpy ride so far, we hope that the brand fixes things soon and interested customers can get their products without any flaws, in time and safe to ride. It has been reported numerous times that the prime reason electric scooters catching fire is faulty batteries. This factor can certainly not be overlooked.

Further, Ola can try to allocate more resources to make sure that the Ola S1 lineup keeps receiving regular software updates. Electric vehicles are not just another mechanical automobile product and have an added layer of software, which needs its own maintenance and quality checks.

While we tried to list almost all the major reported Ola S1 and Ola S1 Pro complaints so far, there is a possibility that we might have missed out on some (though we sincerely hope that these are the only one-off incidents). If you have had any such issue with your Ola S1 series scooter you know, feel free to tell us in the comments section below.