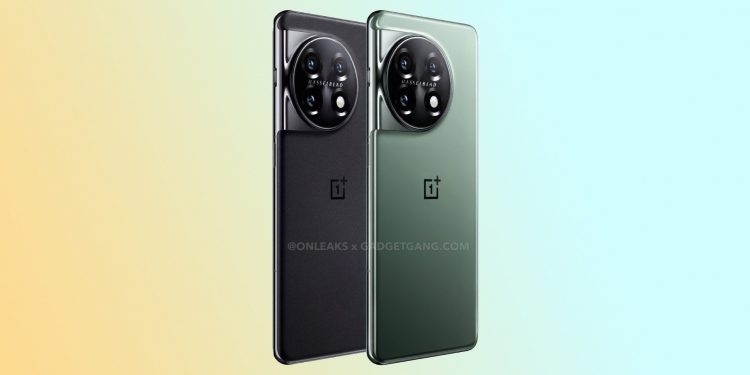 We are at the end of 2022, and it’s time for news regarding flagship smartphones that will launch in 2023. One such smartphone that is expected to launch early next year is the OnePlus 11, and its design and specifications have leaked months ahead of the phone’s possible launch. If the alleged OnePlus 11 image is accurate, there could be a slight change in its design.

The upcoming smartphone seems to have a circular camera layout on the rear, featuring three camera sensors: a 50MP primary camera (Sony IMX890), a 48MP ultrawide camera (Sony IMX581), and a 32MP telephoto camera (Sony IMX709) with 2x optical zoom. On the front, the device will reportedly feature a 32MP selfie camera.

It will have a 6.7-inch OLED display with QHD+ resolution, a 120Hz variable refresh rate, and HDR10+. The OnePlus 11 will reportedly be launched in two colours: Forest Emerald and Volcanic Black. It has a metal frame, an in-display fingerprint reader, stereo speakers, and an IP68 rating for dust and water resistance. The phone will run Android 13-based OxygenOS 13 out of the box. It could get four major Android OS updates.

Under the hood, the OnePlus 11 is expected to feature the recently announced Snapdragon 8 Gen 2 processor, up to 16GB LPDDR5X RAM, up to 512GB UFS 4.0 storage, and a 5,000mAh battery. It reportedly supports up to 100W fast charging and wireless charging. The device could also feature a dual-SIM card slot, GPS, Wi-Fi 6E, Bluetooth 5.3, NFC, and a USB 3.1 Type-C port.