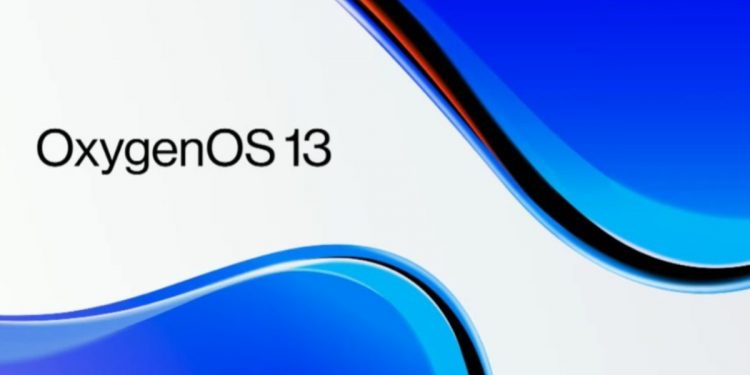 One of the first things that come to mind when thinking of OnePlus devices is the fluidity of OxygenOS and its features list. It serves as the core of all OnePlus smartphones and is one of the primary reasons why people like OnePlus phones. It is well-known for its clean and user-friendly approach, which includes a lack of bloatware, a close-to-stock Android design, and much more.

The past two years have been difficult for the company as they were absorbed by OPPO, and the subsequent takeover of ColorOS over OxygenOS has enraged at least the core OnePlus user, who has since moved to brands such as Apple and Samsung, with Nothing appearing on the horizon as a possible third option. Seeing the backlash, OnePlus pledged to “return to their roots” with OxygenOS 13.

The company has released the newest version of OxygenOS, which is built on top of Android 13 and ColorOS 13, as expected. OxygenOS 13 has a fresh design approach, improves current functionality while introducing new productivity features, and focuses on security. This new build will most likely include all of the basic options seen in the AOSP version of Android 13.

Let us take a closer look at the new features in OxygenOS 13, as well as the changes and upgrades it offers to OnePlus devices.

The new OxygenOS version is inspired by the amorphous features of water, which is “aqua,” which is relaxing, natural, and adaptable, and “morphic,” which refers to the high-tech sense of design, as seen in its minimalist icons, animations, and a myriad of shapes and textures. OxygenOS 13’s design incorporates soft and rounded edges for a more pleasant viewing experience. The company states that every feature of OxygenOS 13’s design has been purposefully designed to be both practical and attractive to your requirements.

OxygenOS 13 harnesses the power of AI System Booster and glides like silk, owing to next-generation core stability and reliability. AI System Booster’s powerful, intelligent memory management techniques allow you to suspend many apps at once, allowing you to instantly switch from one to another for a quicker, smoother, and uninterrupted experience.

When you pick up the phone, the transition from the AoD to the Homescreen is buttery smooth. More on the AoD enhancements are detailed below.

OnePlus has been continually upgrading its AOD, and last year released the Canvas AOD feature, which effectively transformed photos into line sculptures, with ColorOS at its foundation. The company is taking AOD to a whole new level with the OxygenOS 13. To begin, they have collaborated with Spotify to display the music player as an AOD element.

They have also connected with top meal delivery aggregators, and you now have the option to monitor your order directly through the AOD.

There is a feature on OnePlus devices known as Zen Mode. As the name implies, the goal of the OnePlus Zen Mode is to let you lay down your phone and temporarily focus on the outside world in order to bring some calm into your life. The company has enhanced this mode and incorporated a new AoD with the release of OxygenOS 13.

With OxygenOS 13, the new HyperBoost Gaming Engine is available on OnePlus devices. When playing compatible titles, it drives a number of features intended to provide a smoother and more consistent gaming experience. This lessens frame rate stutter, boosts the haptics, increases touch response rate, offers you the ability to record gameplay, mutes notifications, and does a lot more.

A new smart launcher is included in OxygenOS 13. This increases the size of folders and their contents on your home screen so you can open applications from them more quickly. For a quicker and more seamless experience, it is possible to tap and open applications inside of a folder without first opening the folder itself. Additionally, it enables you to quickly and simply add widgets for your preferred apps so that you may use their features straight from your home screen.

The launcher also has a brand-new Sidebar toolbox that makes it simpler for you to use your smartphone with only one hand, provides quick access to all apps, and allows you to choose which ones are shown there.

Along with the usual set of codecs and features, the OxygenOS 13 makes enhancements to the audio side with Spatial Audio, Dolby Atmos, Fast Pair, and Audio Switch. For the greatest experience, Spatial Audio modifies the direction of sound in various apps. Additionally, OxygenOS 13 supports Dolby Atmos and provides a wider soundstage and a more precise sense of spatial sound.

Google Fast Pair enables you to quickly and easily connect your device to compatible wireless earbuds and headphones, smart TVs, and other devices, so you can spend more time enjoying content and less time navigating menus.

Additionally, you may effortlessly move from one audio device to another or vice versa, thanks to the Audio switch function. A seamless sound transition is produced when you move from one pair of headphones to another.

For increased safety, OxygenOS 13 will immediately alert users to dangerous downloads and applications. Additionally, it protects your location even when you connect to a public Wi-Fi network. According to OnePlus, the fundamental features of Android can limit app notifications and filter material according to your preferences, further enhancing security.

OnePlus’s Private Safe 2.0 is also included in OxygenOS 13’s Advanced Security Suite. This improved version of the Private Safe stores information, documents, and media files in a virtual safe where they are protected from access by other apps.