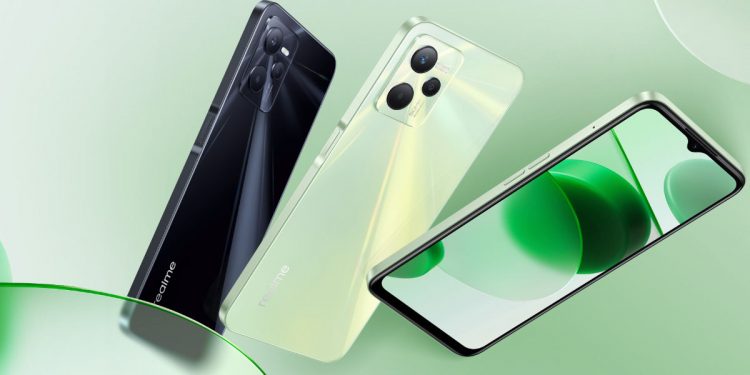 Realme is now seeding a new software update to its Realme C35 in India. The smartphone was introduced in the Indian market in March 2022 and currently runs on the Realme UI R Edition based on Android 11 OS. This new update brings the May Android security patch along with some improvements and bug fixes.

The Realme C35 handset is getting the new RMX3511_11.A.33 firmware update for June 2022. You can check for the OTA update by navigating to Settings > Software Update. The new update promises to improve system stability and fix some known issues.

Realme has announced that it will be a staggered rollout. This will help the brand to identify the bugs and other issues in the initial batches. Do note that it might take a while for the update to reach your device. So, keep checking for the update notifications. Also, do not forget to take a backup of your data before attempting to update to the latest firmware as it might wipe your data.

The Realme C35 sports a 6.6-inch LCD display with a Full HD+ resolution, 401 ppi pixel density, and 600nits peak brightness. Being a budget device, it comes with a terrible waterdrop notch at the top of the display. It is powered by an octa-core Unisoc T616 chipset built on the 12nm fabrication process. The device comes equipped with 4GB LPDDR4x RAM and up to 128GB UFS 2.2 storage.

For photography, it boasts of a 50MP primary sensor accompanied by a 2MP macro and a 2MP monochrome snapper. Selfie duties are handled by the 8MP shooter at the front. Other noteworthy features include a side-mounted fingerprint sensor, dual-SIM 4G, dual-band Wi-Fi, Bluetooth v5.0, GPS, 3.5mm audio jack, and a USB Type-C port, among others. The Realme C35 is powered by a 5,000mAh battery pack coupled with an 18W charging support.