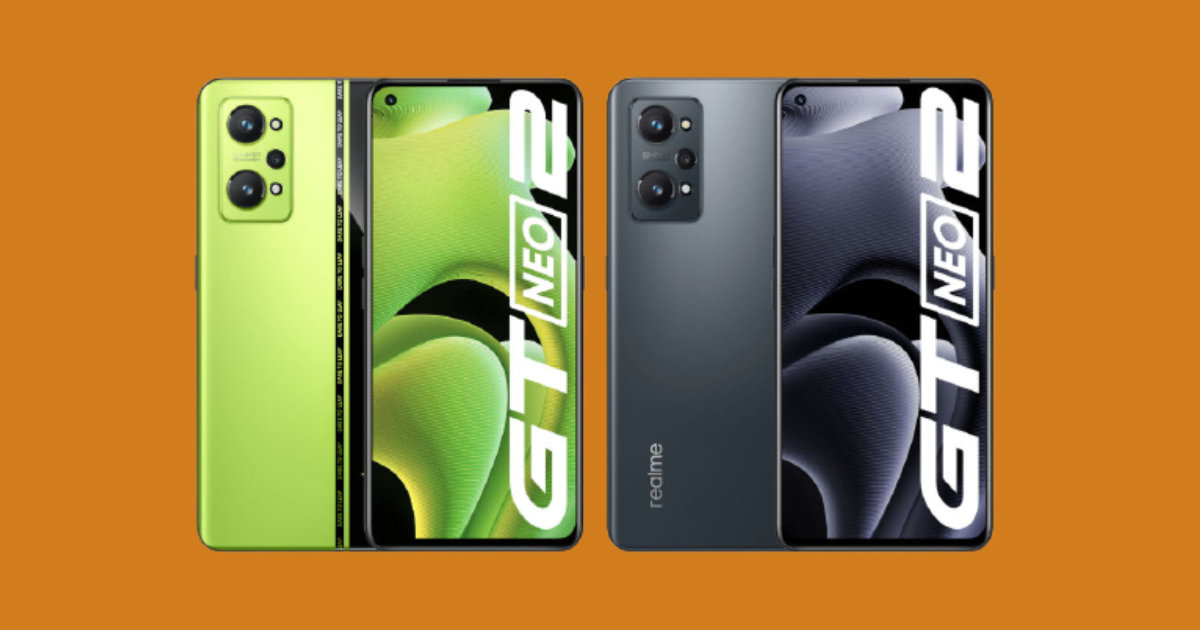 Realme has launched the Realme GT Neo 2 5G in India. The value flagship smartphone was first introduced in China last month. Its specifications are quite similar to the Realme GT 5G. Although it comes with a slightly slower processor compared to the Realme GT 5G’s Snapdragon 888 chipset, it is powered by a bigger battery. The Realme GT Neo 2 5G sports a 6.62-inch AMOLED display with Full HD+ resolution and a 120Hz refresh rate. The device is equipped with a Snapdragon 870 processor, up to 12GB of RAM, and up to 256GB of internal storage. The other features of the handset include a 64MP triple-camera setup on the rear, an 8MP selfie camera on the front, and a 5,000mAh battery.

The Realme GT Neo 2 5G has a 6.62-inch AMOLED display (E4 panel from Samsung) with Full HD+ resolution, a 120Hz refresh rate, 600Hz touch sampling rate, 1300 nits brightness, and Gorilla Glass 5 protection. Under the hood, the phone uses the Qualcomm Snapdragon 870 processor, which is slightly slower compared to the Snapdragon 888, but still offers flagship-grade gaming, better sustained performance, and 5G connectivity. The device packs up to 8GB of RAM and up to 256GB of internal storage. The smartphone has a microSD card slot for storage expansion.

As for the software, the device boots Android 11-based Realme UI 2.0 out of the box. However, it will soon get the Android 12-based Realme UI 3.0 software via an update. The smartphone features a triple-camera setup at the rear, which includes a 64MP primary sensor, an 8MP ultrawide camera, and a 2MP depth sensor. At the front, the smartphone sports a 16MP selfie camera. The phone can record 4K 60fps video recording. The device is powered by a 5,000mAh battery that supports up to 65W fast charging.