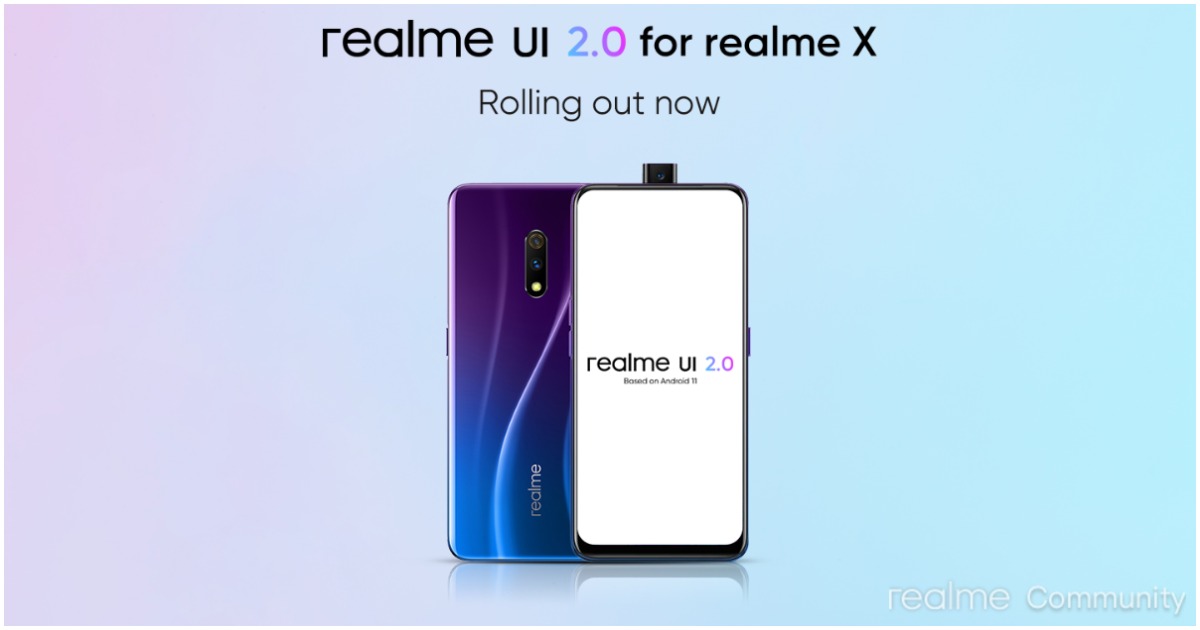 Realme has started rolling out the Android 11-based Realme UI 2.0 update to the Realme X, Realme 6, and the Realme 6i. These devices were part of the company’s beta program earlier and they have now started receiving the stable Android 11 update builds in India. The new software update for these three smartphones brings all the new Android 11 features, three Dark Mode styles, UI customisations, and a couple of new improvements.

As per the details published by Realme on its official forum website, these devices now offer three Dark Mode styles: Enhanced, Medium, and Gentle. The latest update also brings sorting filters for “Drawer Mode”, which lets you filter apps by letters, install time, or usage frequency to quickly find an app. The company also has added a Sleep Capsule feature which helps you schedule downtime and secures your sleep time.

Personalize the user interface to make it your own

The Android 11 update for the Realme X, Realme 6, Realme 6i as usual is rolling out in batches. Only a limited number of users shall receive the update initially. The company should widen the reach of this new software release in the upcoming few weeks.