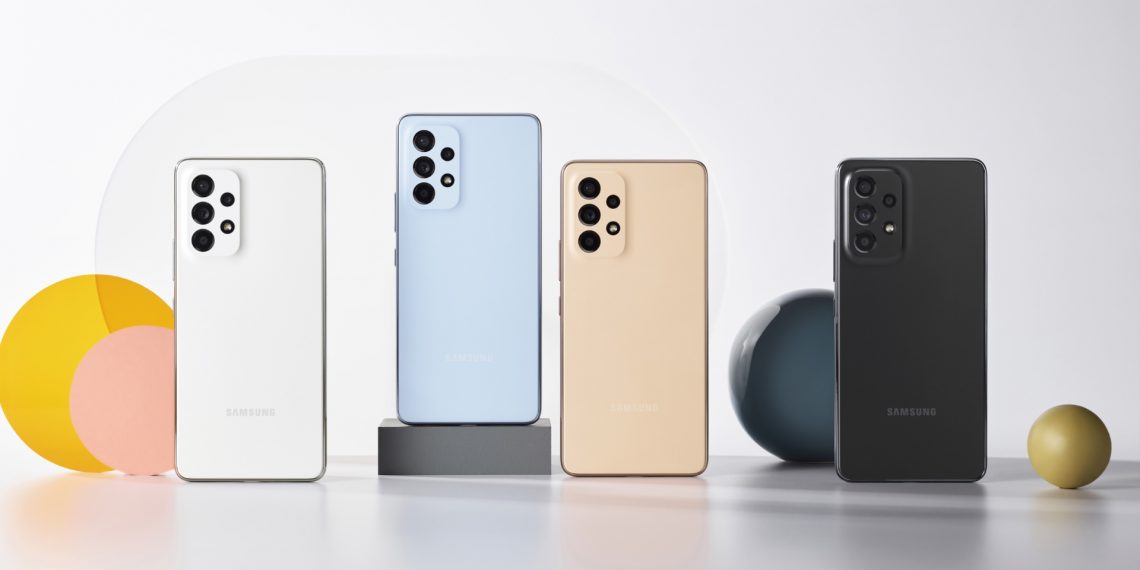 Let us take a closer look at the Samsung Galaxy A33 5G and Galaxy A53 5G price, specifications, and features.

Samsung hasn’t announced the Indian pricing of the two smartphones, but we expect that information to be announced in the coming days.

The Samsung Galaxy A53 5G flaunts a 6.5-inch Super AMOLED display with a Full HD+ resolution and 120Hz refresh rate. The display panel houses the front selfie shooter inside a centered punch hole which the company refers to as the Infinity-O design.

The Samsung Galaxy A33 5G, on the other hand, features a 6.4-inch Super AMOLED display with a Full HD+ resolution and a 90Hz refresh rate. It has an Infinity-U notch which is nothing but Samsung’s version of the waterdrop notch.

The phones have 6GB/8GB LPDDR4X RAM, 128GB/256GB UFS storage, and a microSD card slot (up to 1TB). They come preloaded with Android 12-based OneUI 4.1 software. Samsung has promised that it will release four major Android OS updates and five years of security updates to both its new handsets.

The Galaxy A53 5G and the Galaxy A33 5G are powered by a 5,000mAh battery and support 25W fast charging. Readers must also note that Samsung has not bundled a charger or earphones in the retail box of its new phones. These smartphones also lack the dedicated 3.5mm headphone jack, so you’ll have to buy a USB Type-C to 3.5mm headphone jack adapter or use Bluetooth earphones

What do you think of the Samsung Galaxy A53 5G and Galaxy A33 5G? Do let us know down in the comments section.