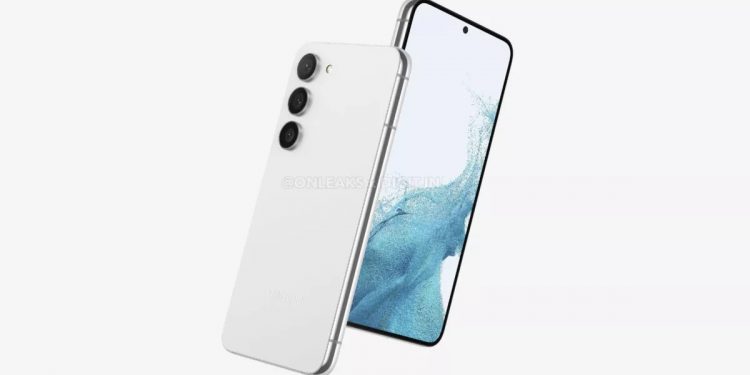 The Samsung Galaxy S23 was spotted on Geekbench, revealing that it will feature a Snapdragon 8 Gen 2 processor. Now, tipster Yogesh Brar has uncovered some more specifications of the upcoming smartphone. The S23 is touted to feature 8GB of RAM, along with 128/256GB of internal storage. It will come with a 3,900mAh battery with support for 25W wired and 15W wireless charging. Let’s have a closer look at the leaked specs of the Samsung Galaxy S23.

According to Brar, the Samsung Galaxy S23 will sport a 6.1-inch FHD+ sAMOLED with a refresh rate of 120Hz. It will be powered by a Qualcomm Snapdragon 8 Gen 2 SoC. The smartphone will come with 8GB of RAM and 128/256GB of internal storage.

When it comes to the battery, the S23 will pack a 3,900mAh battery. It will support 25W wired charging as well as 15W wireless charging. It will run Android 13 with OneUI 5 on top.

As for imaging, the Samsung Galaxy S23 will sport a triple camera setup. It will comprise a 50MP primary camera with OIS, a 12MP ultra-wide angle camera, and a 10MP telephoto lens. The smartphone will be equipped with a 10MP front camera for selfies.

The CAD renders of the S23 were leaked online just last month. As per the leaked images, the Galaxy S23 appears remarkably similar to its predecessor, the Samsung Galaxy S22 Ultra.

The Samsung Galaxy S23 snagged a high score in the Geekbench CPU performance test. The smartphone bagged 1,524 points in the single-core CPU test. As for the multi-core CPU test, it scored 4,597 points.

What do you think of Samsung’s upcoming Galaxy S23 smartphone? Let us know down in the comments below!