Samsung Galaxy Tab S8 Gets One UI 4.1.1 Update Based On Android 12L 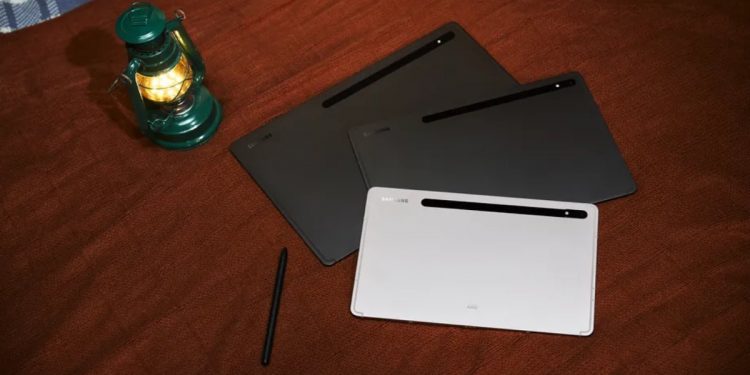 The update comes with the August 2022 security patch and has a lengthy changelog explaining many of Android 12L’s improvements. The most notable features on the list include a redesigned taskbar and improved split-screen capability. According to reports, Galaxy tablets such as the Tab S8 series, Tab S7 series, Tab S7 FE, Tab S6, Tab S6 Lite, and Tab Active3, will receive the Android 12L update in the coming weeks/months.

Multitasking Made Easy Through Taskbar

The revamped taskbar on the Galaxy Tab S8 series is faster and more streamlined, thanks to Android 12L’s improved multitasking. This gives you the option to personalise your taskbar and easily switch between active sessions. The taskbar remembers your two most recently used apps so that you can continue where you left off.

Furthermore, splitting the screen is as simple as dragging and dropping two or three apps from the taskbar. You can add a new app on a split screen by swiping with two fingers from the left, right, or bottom of the screen, after turning on “Swipe for Split Screen” under Galaxy Labs. You can turn on the feature by navigating to Settings > Advanced Features > Labs > Click on “Swipe for split screen”.

With App Pair, users can even store entire sets of activities in the taskbar. Save both split-screen layouts to the taskbar as different App Pairs so can switch between them according to your needs. For instance, you can use the split-screen layout to research a new product and the other layout can be used to plan a vacation. Users using Split-Screen View can arrange and resize up to three apps to suit their own needs while simultaneously viewing them on the screen.

Also Read
How To Maintain Your Microwave Oven

To use the feature, open App pair (up to three apps at once) > Tap the three dots on the border between the apps > Click the star-shaped Favorite symbol > Add the app pair to taskbar

With this feature, users can make changes to settings and plan events without switching screens. Pop-overs can be inconvenient when you need to quickly check your Samsung Calendar app or to-do list while creating a reminder. Users will now be able to touch and hold the screen in front of them to see through pop-overs.

Pop-overs become briefly translucent as a result, allowing you to view the app behind them, and when you lift your finger, they reappear. Touch-and-hold, which works with the Clock and Reminder applications, enables you to view the larger picture while creating new plans. To enable the feature, open your Samsung Calendar/Clock/Reminder > Plan a new event in a pop-over > Touch and hold the screen outside the pop-over to peek through.

Samsung states that this new UI makes sure that your apps are as productive as possible and utilise the whole screen area of the Galaxy Tab S8 series. To enable this feature, navigate to Settings > Advanced Features > Labs > Turn on “Multi window for all apps”.