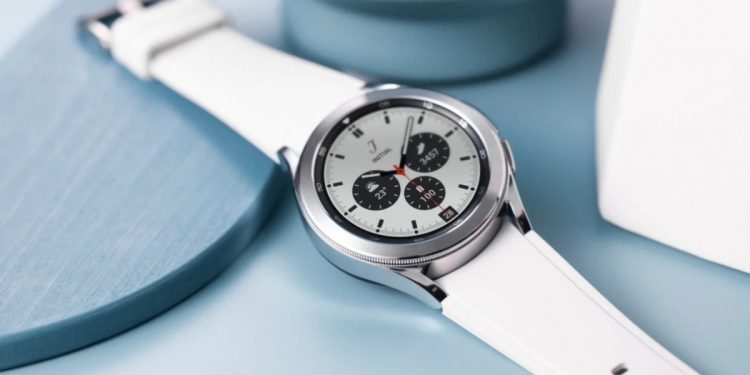 Though Samsung didn’t announceme the stable One UI Watch 4.5 update, some Galaxy Watch 4 users have reported that they have started getting the stable update on their smartwatches. According to a report by XDA Developers, the stable One UI Watch 4.5 update comes with firmware version R870XXU1GVH2/R870OXM1GVH2 and is 95MB in size. If you haven’t received the stable update on your Galaxy Watch4 yet, you can check for the update manually by navigating to Galaxy Wearable > Galaxy Watch4 > Watch4 settings > Watch software update menu.

Samsung will roll out the update incrementally so that the update reaches all the Galaxy Watch 4 series users in the coming days. As far as the changes in the One UI Watch 4.5 go, the update brings in a new QWERTY keyboard with swipe input support. The new keyboard also includes dictation and handwriting input support, which is convenient if you don’t want to type on the Watch’s screen to send a quick reply. Alongside the new QWERTY keyboard, the update also brings in dual-SIM support to the older WearOS smartwatches.

Furthermore, the One UI Watch 4.5 software version also lets user customize the watch face on their Galaxy Watch 4 series. Lastly, a few accessibility features have been added in this new update. With the new accessibility feature, you can adjust the hue and contrast, reduce transparency and blur effects, switch off all animations, as well as access new sound balance settings and touch interaction settings.

Have you received the new One UI 4.5 update on your Galaxy Watch 4 series? Do let us know in the comments section below.