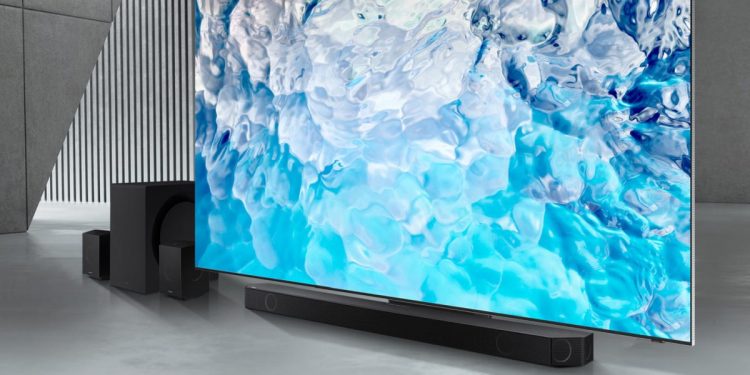 On the occasion of World Music Day, Samsung has launched a new range of soundbars in India. This year’s line-up comprises the flagship Q series and lifestyle S series soundbars. Let’s check out what the South Korean company’s soundbars have on offer.

Samsung’s S series and Q series soundbars will hit the shelves from June 21, 2022. You can buy them from Samsung’s official online store, Samsung Shop, Samsung retail stores, as well as electronics stores and online retailers such as Amazon and Flipkart.

Samsung says that its flagship Q series soundbars feature the world’s first built-in Wireless Samsung TV-to-Soundbar Dolby Atmos connection, which can be accessed via Wi-Fi. With improved Q-Symphony tech, the soundbar is said to offer a 3D sound effect. It also offers “Space Fit Sound Advance,” which tweaks the sound experience as per the size of the room.

Samsung says that the S801B is the world’s slimmest soundbar. With a depth of 39.9mm, it is said to be 60 percent slimmer than regular soundbars. It comes with built-in Alexa support, Wireless Dolby Atmos, DTS Virtual: X, and 3.1.2 channel surround sound.