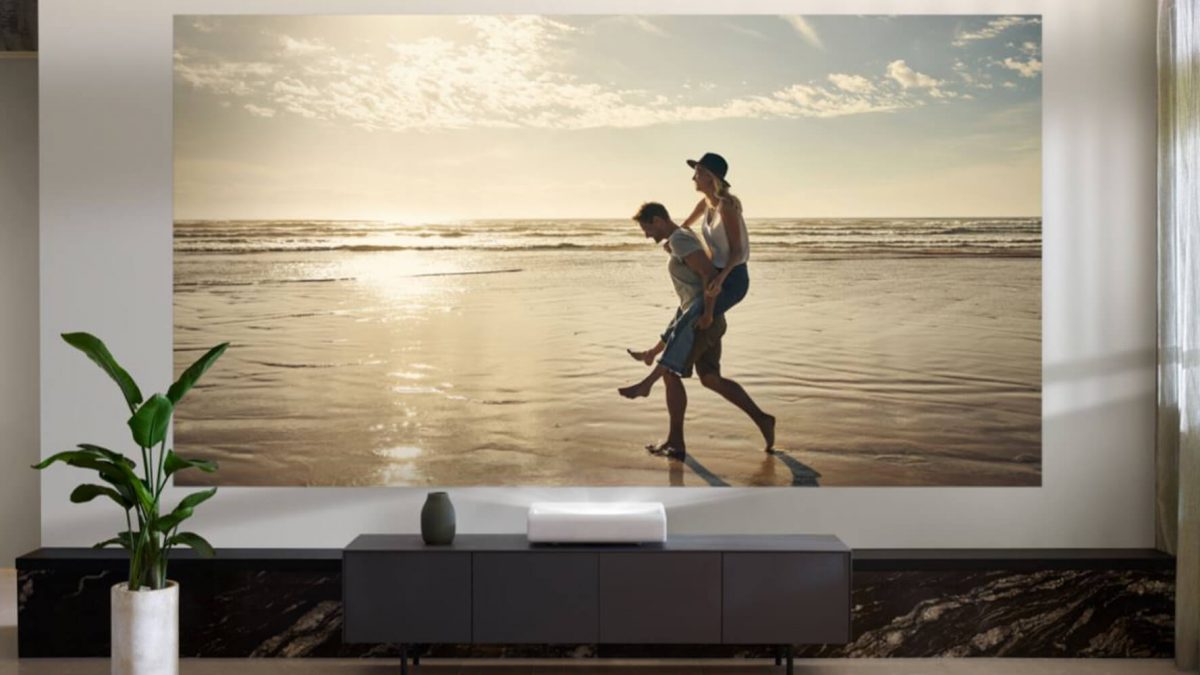 The Premiere LSP7T and LSP9T Specifications

First up, The Premier LSP7T has a single laser light source with a peak brightness of 2,200 ANSI lumens. Samsung claims that its light source has a lifespan of 20,000 hours. The projector can create a screen size of up to 120-inch.

The projector packs in a 30W speaker system with a built-in woofer. If you find that inadequate, the LSP7T can be connected to your soundbar via an optical cable or Bluetooth. It comes with a variety of ports such as three HDMI ports, an Ethernet port, RF, USB Type-A, and Samsung’s proprietary Anynet+.

The LSP9T is the more expensive model that features a triple-laser light source with 20,000 hours of lifespan. As per Samsung, it has 4K resolution (3,840 x 2,160 pixels) and a peak brightness of 2,800 ANSI lumens. Its ideal screen size is 100-inch to 130-inch. Since it is a short-throw projector, it can project a 100-inch viewing area from a distance of a mere 113mm. According to the manufacturer, the LSP9T is HDR10+ compatible.

The projector has a built-in 40W sound system with a woofer. To power the smart bits, the projector connects to the Internet via Wi-Fi or Ethernet jack. The projector comes with three HDMI ports, an optical audio out, a USB Type-A port, and Anynet+ port.

The Premiere LSP7T price in India is ₹3,89,900, whereas the LSP9T with triple-laser costs ₹6,29,900. Both models will be available from August 10 via Samsung Shop and select Samsung Smart Plazas. According to the company, it will offer a complimentary Amazon Echo Plus to early buyers.