SIM vs eSIM vs iSIM: What’s The Difference? 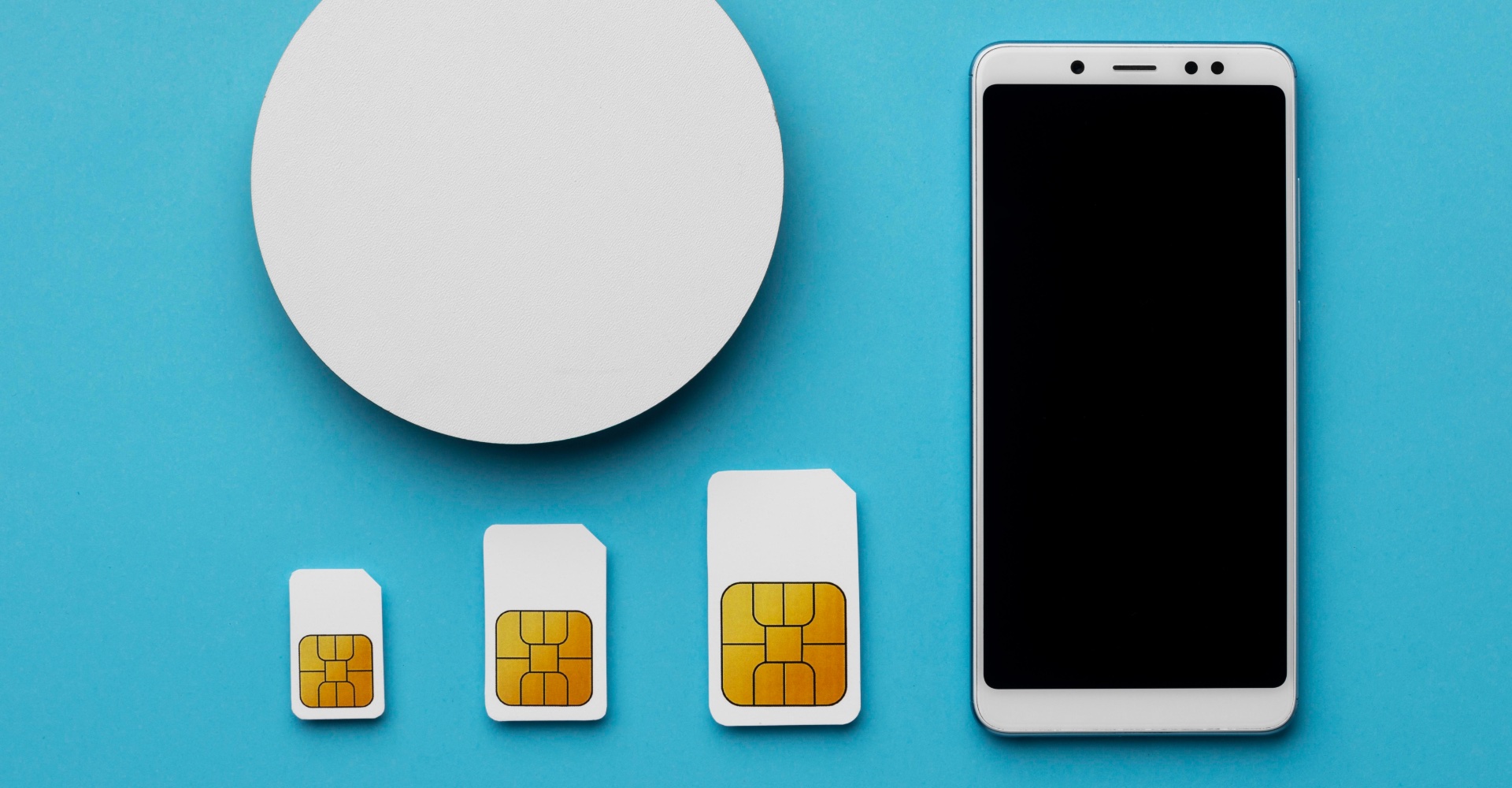 All mobile phones require a SIM (Subscriber Identity Module) card to operate. By operate, we mean being able to make and receive phone calls, send and receive text messages, and transmit data over cellular networks. Traditional SIM cards have been around for ages, but they have constantly evolved since the initial days. From Mini-SIM cards and MicroSIM cards to Nano SIM cards, we’ve all seen SIM card sizes reduce over time. Now, a new standard called iSIM has been developed to further reduce the size and fit them into tiny spaces.

Today, we will go through a journey of SIM cards and find out what’s really different when it comes to SIM cards, eSIM, and iSIM.

What Is A SIM Card?

SIM stands for Subscriber Identity Module and is a tiny plastic chip that either slides into a mobile phone or tablet or is built into a device (in the case of eSIM or iSIM). It essentially links your device to a cellular network, which is essential in order to make or receive phone calls.

It is also necessary to send or receive text messages and internet data. Additionally, it stores crucial information about you as a cell phone user, such as your data usage, texts, calling minutes, your name, and more. Each SIM card has a unique identity and cannot be copied, so your SIM card just belongs to you (in an ideal world, that is).

The SIM card was invented in 1991 in Germany and was not as tiny as we’re used to these days. The first SIM card, to everyone’s surprise, was the size of a credit card. Sounds weird, right? In modern times, SIM cards have become much smaller and have even become virtual.

Each SIM card has a unique 17-digit number that designates the country, the carrier, and the card. That code helps the card connect to your network carrier and perform its intended task.

What Is eSIM? How Is It Different From Traditional SIM Cards?

eSIM cards were originally designed to overcome the difficulties involved in physical access with traditional SIM cards. eSIM (embedded SIM) or embedded Universal Integrated Circuit Card is installed on a device permanently. To use an eSIM, you will have to buy a device compatible with eSIM and use a carrier that provides eSIM compatibility.

You can install an eSIM profile to store your user data. Furthermore, network operators can remotely send your SIM profile to your devices without needing any physical access to switch the cards manually. Another advantage of an eSIM card is its smaller form factor, which occupies less space and ensures a more compact design.

What Is iSIM? What Are Its Advantages?

An iSIM is the newest form of SIM and it is built into the devices, similar to eSIM. The iSIM, however, is much smaller and is integrated directly into the processor. Unlike an eSIM card, which needs a separate processor, an iSIM card provides for more optimum usage of space and resources, and it is more energy-efficient. It is also simpler for IoT deployments as SIM profiles can be managed without having to access each individual device.

While traditional SIM cards have always come with a security concern, as they are pretty easy to be tampered with (a card can be accessed easily and can be swapped easily as well), eSIM cards and iSIM cards are relatively more secure, as they are not accessible physically.

SIM cards have come a long way from being physical to now being integrated into the device’s internal components. While traditional SIM cards are still wildly popular, iSIM appears to be an ideal solution for IoT devices and other devices that need to communicate over cellular networks at all times.

The mobile experience that we have been used to could soon be transferred to laptops, tablets, wearables, virtual reality platforms, and more such avenues with the help of the new iSIM technology. It is safe to assume that iSIM could very well be the future of SIM card technology.