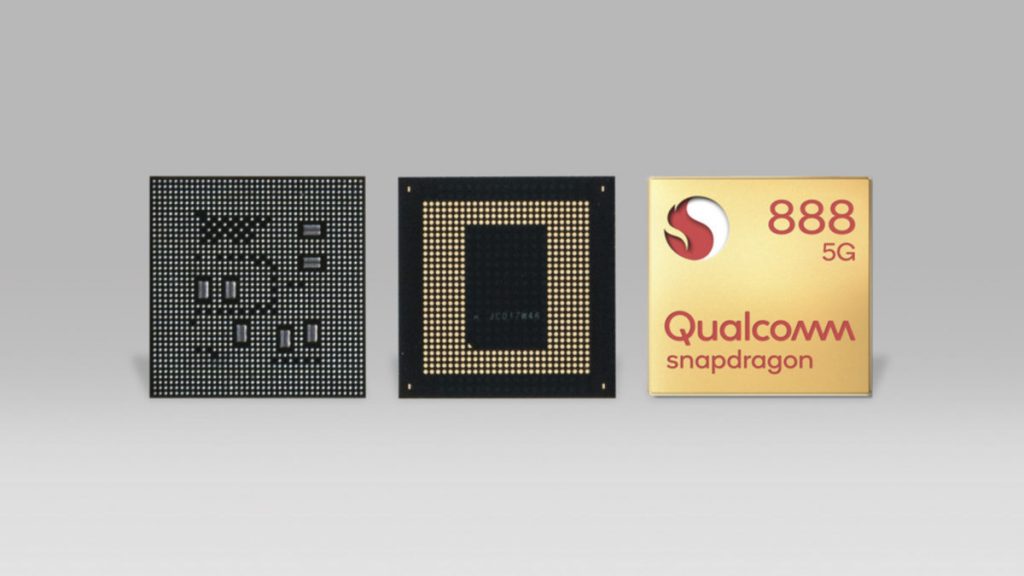 Are you looking for the list of all Snapdragon 888 smartphones? It has been proven every year that Qualcomm makes the best high-end processors for Android smartphones when you consider performance, power efficiency, and sustained frequencies. Every year, Qualcomm announces a new high-end smartphone processor in December. And starting from the next month, smartphone brands announce their flagship phones with that processor. Last month, the Qualcomm Snapdragon 888 was announced, and we have already seen announcements of a couple of Snapdragon 888-equipped smartphones.

We have gathered all the information, announcements from the brands, leaks, and rumours to create a list of all smartphones that are equipped with the Snapdragon 888 processor.

Companies like Realme and Xiaomi have already announced their smartphones that will come equipped with the Qualcomm Snapdragon 888 processor. However, brands like Black Shark, OnePlus, and Samsung are yet to officially unveil their Snapdragon 888-powered smartphones. We expect most of the smartphones listed below to be launched in Q1 or Q2 of 2021.

The Black Shark 4 smartphone is expected to be launched this year. It is codenamed ‘Emperor’, and it will be equipped with the Qualcomm Snapdragon 888 processor. It is being rumoured that the Black Shark 4 will not only feature an amazing design but also extremely fast charging speeds. To remind you, the Black Shark 3 Pro, which was launched in 2020, featured the Snapdragon 865 processor, 5,000mAh battery, and 65W fast charging. We can expect the Black Shark 4 to feature at least similar battery capacity and faster than 65W fast charging. Other features we expect from this Snapdragon 888-equipped phone are OLED screen with a high refresh rate, 64MP or 108MP rear-facing camera, 5G, an under-display fingerprint reader, stereo speakers, RGB lighting, and physical shoulder buttons for gaming. However, it could be limited to the Chinese market. 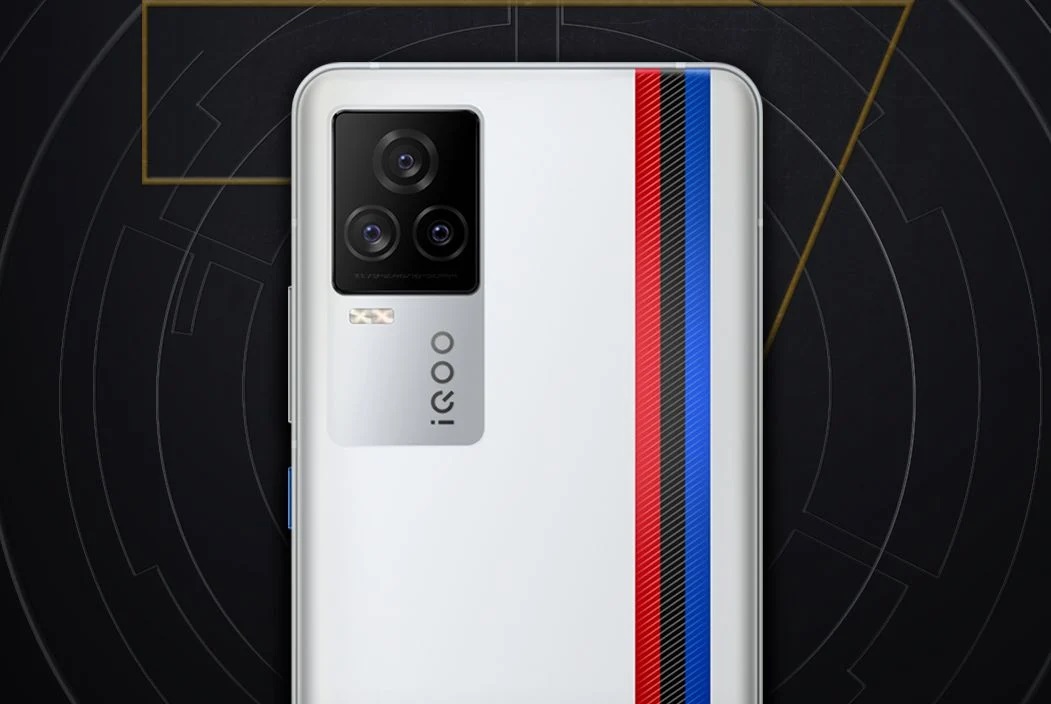 The iQOO 7, which is equipped with the Snapdragon 888 processor, will be launched on January 11, 2021. It has an OLED screen with Full HD+ resolution, a 120 Hz refresh rate, HDR10+, and an in-display fingerprint reader. The phone features LPDDR5 RAM and UFS 3.1 internal storage. It has a triple-camera setup at the rear, a BMW-inspired design, 5G, and a 4,000mAh battery with 120W wired fast charging. The OnePlus 9 has been leaked already, and the phone is expected to go official in March 2021. The OnePlus 9 uses the Snapdragon 888 processor, a 6.55-inch OLED screen with a 120Hz refresh rate and HDR10+, an in-display fingerprint reader, Android 11, and a 4,500mAh battery. It also features a triple-camera setup, consisting of a 50MP primary camera, a 20MP ultrawide camera, and a 12MP telephoto camera. The phone supports Qi wireless charging, 65W Warp Charging, stereo speakers, and 5G connectivity.

The OnePlus 9 Pro is a beefed-up version of the OnePlus 9. The OnePlus 9 Pro uses the Snapdragon 888 processor and runs Android 11 out of the box. The phone is rumoured to feature a 6.7-inch AMOLED screen with a 120Hz refresh rate, HDR10+, and Gorilla Glass 7. The phone is also rumoured to feature a quad-camera setup, consisting of a 50MP primary camera, a 20MP ultrawide camera, a 12MP telephoto camera, and probably a macro camera. The OnePlus 9 Pro is also tipped to feature 65W fast wired charging and 45W fast wireless charging. Other features like stereo speakers, reverse wireless charging, an in-display fingerprint reader, dual-SIM card slot, 5G, Wi-Fi 6, Bluetooth 5.2, NFC, and USB Type-C port are also expected. The Realme Race is the company’s first smartphone with the Snapdragon 888 processor, and this was confirmed by Realme VP Xu Qi Chase. The phone is expected to be launched sometime this month or in February 2021. The first look of the phone reveals that it has a triple-camera setup at the rear, featuring a 64MP primary sensor and a triple-LED flash. The phone also sports a leather-like finish at the rear, similar to the Realme 7 Pro SE Sun Kissed Leather Edition. The Realme Race also features up to 12GB RAM and 256GB internal storage. Features like an AMOLED screen with a high-refresh rate, HDR10+, an in-display fingerprint reader, stereo speakers, Android 11, 5G, Wi-Fi 6, Bluetooth 5.2, NFC, USB Type-C port, and 65W fast charging are also expected to be on the Realme Race.

The Galaxy S21 will be Samsung’s first smartphone with the Snapdragon 888 processor. However, only the variants of the Galaxy S21 that will be sold in China and the US will feature the Snapdragon 888 processor. Other markets, including Europe, India, and South Korea, will get access to the Exynos 2100 variant of the Galaxy S21. It will be unveiled on January 14 on Samsung’s website and YouTube, and it will make it to India by the end of this month. Those who pre-order the phone will get Galaxy Buds Live and Galaxy SmartTag for free. The Xiaomi Mi 11 is among the only phones that have been made official and launched (at least in China). It features the Snapdragon 888 processor, 8GB/12GB LPDDR5 RAM, 128GB/256GB UFS 3.1 storage, and a 4,600mAh battery with 55W fast charging. It also features 50W fast wireless charging and 10W reverse wireless charging. The Mi 11 sports a 6.81-inch AMOLED screen with a QHD+ resolution, 1 billion colours, a 120Hz refresh rate, HDR10+, up to 1,500 nits of brightness, and an in-display fingerprint reader.

In terms of imaging, the Mi 11 has a triple-camera setup at the rear, featuring a 108MP primary camera with OIS, a 13MP ultra-wide camera, and a 5MP macro camera. The 108MP camera can record 8K 30fps videos, too. At the front, the phone has a 20MP selfie camera. Other features of the phone include stereo speakers, 5G, dual-SIM card slot, GPS, Wi-Fi 6, Bluetooth 5.2, IR port, NFC, and a USB Type-C port. The Mi 11 Pro is a more advanced version of the Mi 11. Apart from all the features of the Mi 11, the Mi 11 Pro has a periscope telephoto camera with a 5x optical zoom lens and a 3x telephoto camera for portrait shots. This Snapdragon 888-equipped smartphone also features a 6.81-inch OLED screen with a 120Hz refresh rate, HDR10+, 1 billion colours, up to 1,500 nits brightness, QHD+ resolution, and an in-display fingerprint reader. There are stereo speakers, too. Other features include 8GB/12GB RAM, 128GB256GB storage, 5G, GPS, Wi-Fi 6, dual-SIM card slot, Bluetooth 5.2, IR port, NFC, IP68 certification, and USB Type-C port. It is powered by a 4,600mAh battery with 55W fast wired charging, 50W fast wireless charging, and 10W reverse wireless charging. The Redmi K40 Pro could be Xiaomi’s cheapest smartphone with the Qualcomm Snapdragon 888 processor. Not much is known about the phone right now, though. It could be launched in Q2 or Q3 of 2021 in China. It will take even more time for it to reach the Indian market. We can expect it to have a high-refresh-rate OLED screen, 5G, Wi-Fi 6, dual-SIM card slot, GPS, Bluetooth 5.2, USB Type-C port, and fast wired charging.

There’s no one reason in particular for odor in your washing machine but there are certainly ways to control that.... END_OF_DOCUMENT_TOKEN_TO_BE_REPLACED

Time to buy a new washing machine? With hundreds of options available in the market, we know how difficult it... END_OF_DOCUMENT_TOKEN_TO_BE_REPLACED

You may have come across a lot of people who keep dropping their phone but have you ever come across... END_OF_DOCUMENT_TOKEN_TO_BE_REPLACED

Should You Buy an LG Warranty For Your New TV? Buying a new TV takes a lot of research, reading... END_OF_DOCUMENT_TOKEN_TO_BE_REPLACED

Drinking pure water is necessary to save yourself from unwanted diseases and health issues. However, drinking water supplied to most... END_OF_DOCUMENT_TOKEN_TO_BE_REPLACED