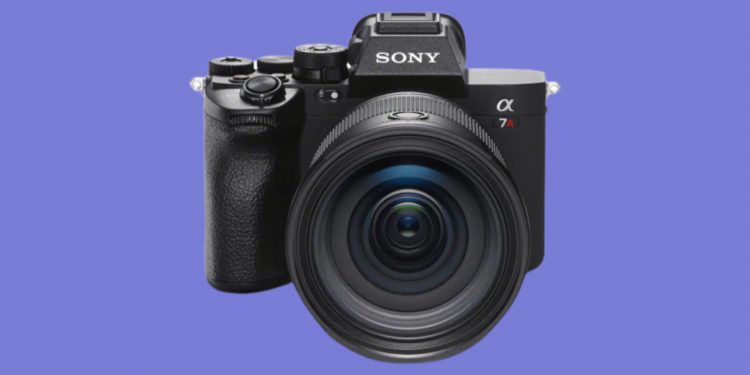 Sony has launched a new top-end full-frame high-resolution mirrorless camera under the Alpha Series, with a host of new smarts under the hood. The Sony A7R V has a full-frame 35mm sensor with 61-megapixels resolution, the same as its predecessor. However, it has an all new image processing system with AI powered autofocus, bringing computational photography to professional cameras.

The Sony A7R V has an AI-powered autofocus system that can detect and track entire bodies including arms and legs as people and objects move. Earlier, the camera’s autofocus could only detect human and animal eyes and faces while moving, but Sony has trained the algorithm with more objects for real-time recognition and tracking. In fact, the camera can detect if the subject is wearing sunglasses and estimate where the eye would be located and focus lock on it.

The camera comes with 693 phase detection autofocus points, allowing it to automatically recognise and track objects like cars, trains, planes and insects, which is basically the entire spectrum of object detection.

The camera body is built out of magnesium alloy and is sealed against water and dust, with an anti-dust system to keep dust off the sensor. There’s a graphite heat sink to prevent overheating while shooting for long periods.

The Sony A7R V also comes with a bigger battery that can shoot 500 images on a full charge with the monitor on. There’s also USB-C Power Delivery support for faster charging.

The Sony A7R V is a top of the line flagship camera from Sony, with loads of cutting-edge features. Naturally, it costs a bomb. The Sony A7R V is priced at $3,899 (roughly ₹3,21,000) for the body only. The camera supports E-mount lenses, offering a wide variety of lenses to work with.