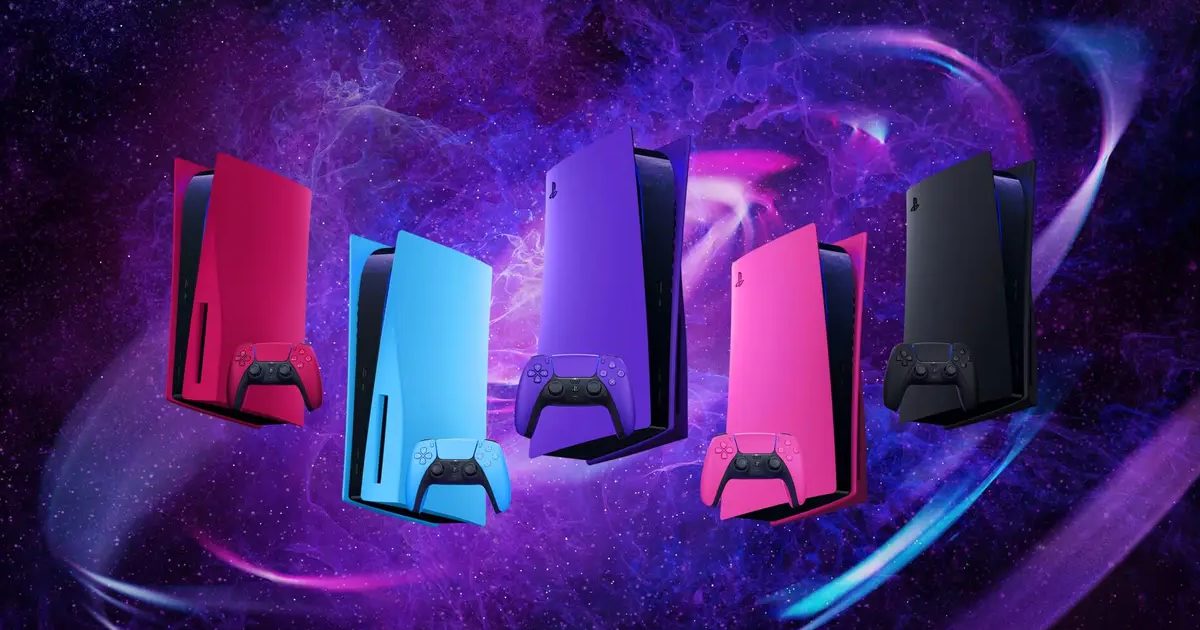 Sony has finally announced custom galaxy-themed covers for its PS5 consoles. The company will release console covers in black, blue, purple, red, and pink colours. You will be able to use it for both, the regular PS5 and PS5 Digital Edition.

Sony had previously released DualSense wireless controllers in red and black. The pink, blue, and purple variants are its newest colour offerings. You can expect the new coloured controllers to launch globally at participating retailers, from January 2022. However, Sony says that the exact launch dates may vary according to location.

To match the controllers, Sony has also announced PS5 console covers in black, blue, purple, red, and pink colours. The black and red covers will be available next month in the USA, Canada, and UK. Other countries in the list include France, Germany, Switzerland, Austria, Spain, Portugal, Italy, Australia, New Zealand, Japan, China, Taiwan, Hong Kong, Singapore, Malaysia, Thailand, Indonesia, Vietnam, Korea, and the Philippines. However, you will have to wait for the pink, purple, and blue covers. But you can expect them in the first half of 2022.

Unfortunately, we didn’t see India in the list. Sony stated that it will be launching the PS5 console covers in additional regions over the course of the year. So, keep your eyes peeled for announcements by Sony.

Get it Early on PlayStation Direct

PlayStation Direct customers in the US, UK, France, and Germany will be able to get their hands on these new products via early access. The purple variant of the DualSense wireless controller will be made available for them from January 14, while retailers can get them from February 11. The black and red PS5 console covers will be available for PlayStation Direct customers from January 21, whereas it will be available to retailers only from February 18.

Sony’s announcement comes a few weeks after it filed a patent for its PS5 faceplates. The company had earlier threatened legal action against multiple third-party companies that sold black faceplates. Sony also threatened to sue DBrand, which forced it to yank its faceplates from the market. However, just days later, it replaced them with a new design and even came up with a marketing campaign that ridiculed Sony’s lawyers.

Now only if there were a way to get your hands on a PS5.