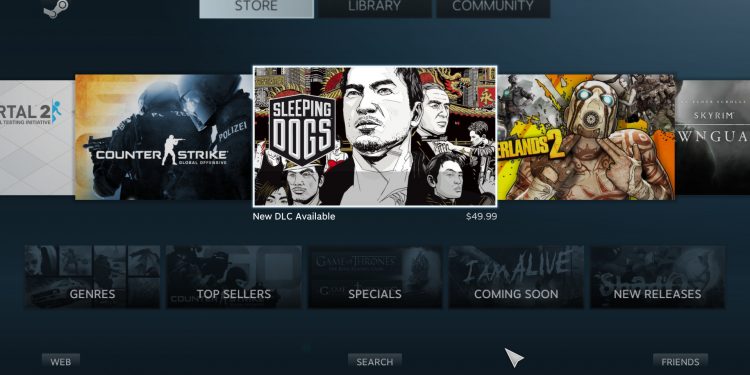 Steam had a Big Picture feature for Steam on Desktops to help interact with the UI easier from the couch using a supported controller. The fullscreen mode was more attuned to the design of the PC version, which feels majorly outdated as compared to the Steam Deck’s UI. Valve’s efforts to make things simpler on the screen were appreciated by a lot of users, and based on the feedback, the company is bringing the new user interface over to desktops.

The new Big Picture mode is presently in the beta testing stages. It is now more attuned to the Steam Deck interface, and everything can be accessed with just a few simple steps. The interface is compatible with almost any controller, stick, or keyboard and mouse combo. The new interface makes the game art, icons, menus and buttons larger to be viewable from a distance, making it much easier to view it sitting on a couch, in front of a TV, and plugged into a PC.

The Deck UI-based Big Picture mode has a new home screen layout that highlights recent games and other updates. There’s also a new universal search feature that dips into the game library, the Steam Store, and in your friends’ content. There’s also a new controller configurator.

The company announced last year that the Steam Deck UI would eventually replace the older Big Picture mode. It is presently at a beta stage and can be downloaded by anyone wanting to test it out. Valve is also actively seeking feedback. Once it’s ready, the company will roll out a stable version replacing the old interface on desktops and laptops.