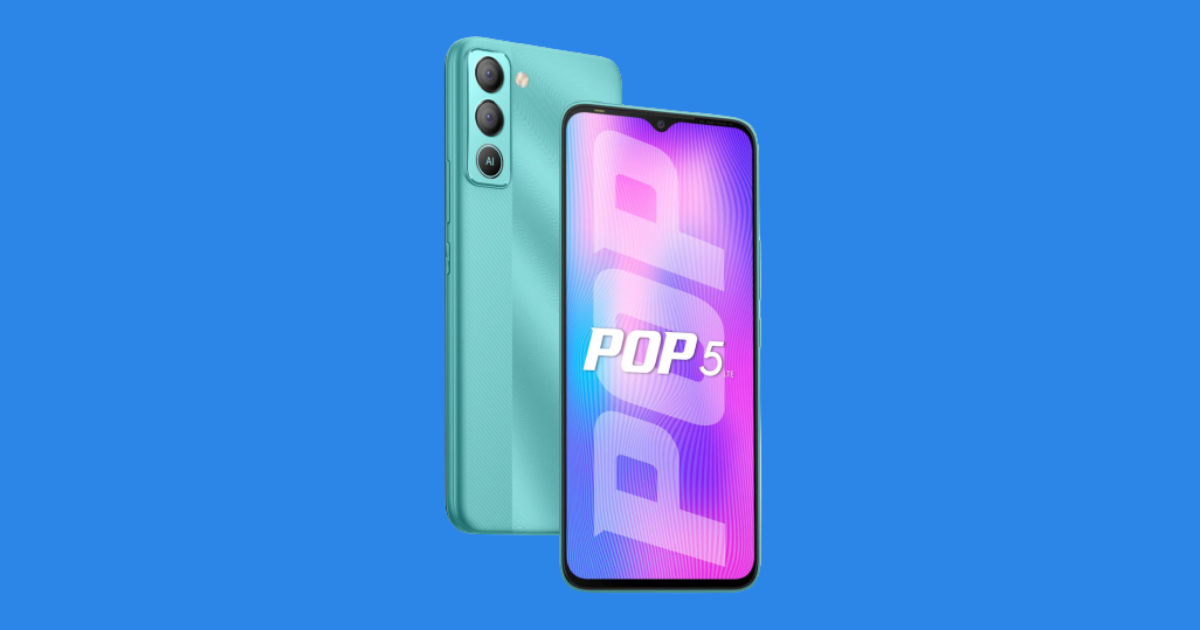 Tecno has launched a new POP 5 series smartphone, the Tecno POP 5 LTE in India. The Tecno POP 5 LTE is an affordable smartphone by Tecno that comes with a 6.52-inch HD+ display. The device is powered by an octa-core Helio A25 processor. The handset comes with 2GB of RAM and 32GB of internal storage. It features a dual-camera setup at the back and packs a 5,000mAh battery. Let us take a look at the pricing and specifications of the POP 5 LTE:

The Tecno POP 5 LTE has launched in India at an introductory price of ₹6,299. The device will be available in the country via Amazon starting from January 16. The handset comes in three colour options—Ice Blue, Deepsea Luster, and Turquoise Cyan.

The Tecno POP 5 LTE flaunts a 6.52-inch IPS LCD display. The display panel has a HD+ 720 x 1560 pixels resolution, 20:9 aspect ratio, 120Hz touch sampling rate, and 480 nits brightness. The screen features a water-drop-shaped notch at the center which includes the selfie camera. The smartphone is equipped with an octa-core Helio A25 processor. It packs 2GB of RAM and 32GB of internal storage. The device also has microSD card support which allows extra storage expansion up to 256GB.

As for the software, this affordable device boots Android 11 Go Edition out of the box with HiOS 7.6 skin on top. On the backside, the device features an 8MP dual-camera setup. The primary 8MP sensor is accompanied by a secondary AI lens. The rear-facing camera supports photography features such as AI portrait, AI Beauty, 1080P Video, HDR Filters, 16 AI Scene Detection, and 4X Zoom. The smartphone features a 5MP front-facing camera.

The device ships with a 5,000mAh battery which lacks fast charging support. The handset features a rear-facing fingerprint sensor and a face unlock support that works through the selfie camera. The device has an IPX2 splash-resistant design and 14 regional language support. Connectivity-wise, the device has a dual-SIM card slot, 4G VoLTE, Wi-Fi 80211 a/b/g/n/ac, Bluetooth v5.0, GPS, a 3.5mm audio jack, and FM Radio.