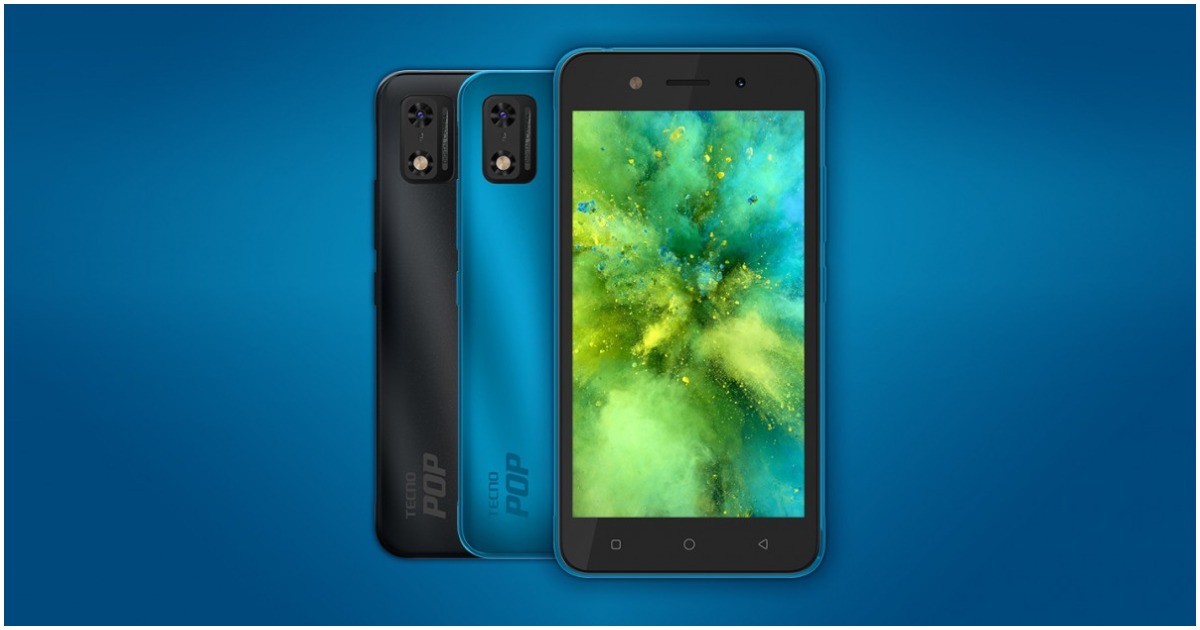 Tecno has unveiled a new affordable smartphone: Tecno Pop 5C. It flaunts a 5-inch IPS LCD display and has an old-fashioned boxy design. The handset houses a capacitive home button, multitasking, and back button. On the rear, there is a 5MP camera that is accompanied by an LED flash. The handset’s specifications include a Unisoc SC7731E processor, 1GB of RAM, 16GB of internal storage. Let us take a look at the specifications and features of the device in detail.

The Tecno Pop 5C has a 5-inch IPS LCD display with an FWVGA resolution (854 x 480 pixels). The device under the hood is powered by Unisoc SC7731E processor. The smartphone ships with 1GB of RAM and has 16GB of internal storage. You also can expand the storage with the help of a microSD card slot. On the software front, the smartphone boots Android 10 Go Edition out of the box. As of now, it isn’t known if the device will get the Android 11 update.

The phone has a 5MP rear-facing camera with an LED flash. Selfies can be captured and video calls can be made with the 2MP front-facing camera. The device is powered by a 2,400mAh battery that charges via a microUSB port. The smartphone is 9.85mm thin and weighs 150g. Connectivity features of the Pop 5C include Wi-Fi b/g/n (2.4GHz), Bluetooth 4.2, GPS, and FM Radio. Last but not least, the device has facial recognition support for security purpose.

Tecno has not announced the pricing and availability details of the Tecno Pop 5C. However, when the device goes on sale it will be available in the Lake Blue and Dark Blue colour options. What are your thoughts about the entry-level Tecno Pop 5C smartphone? Do let us know in the comments section below.

Acer Nitro 5 Review: A Fine Blend of Performance and Value

Samsung Galaxy Tab S7 and S7+ Getting Android 12 Update with One UI 4.0